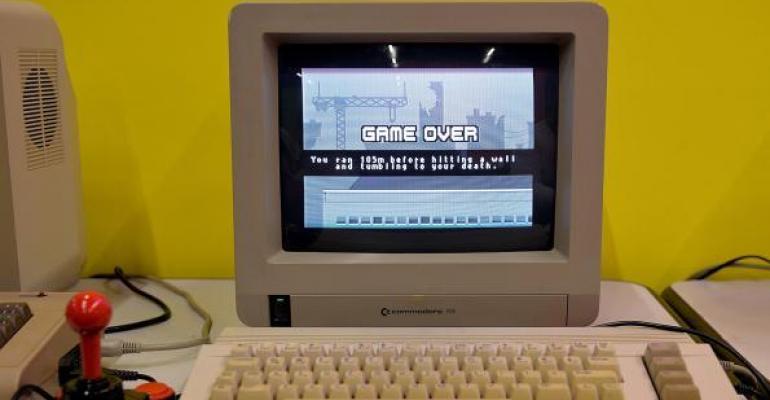 Connecting to the “Rewired Investor”

Schwab’s chief technology officer predicts financial services firms will connect to the “rewired” investor with chat bots, virtual reality and machine learning, and that “we’re going to move past investment management as a focal point in five years.”

Schwab Chief Technology Officer Tim Heier admits that his first computer was the Commodore 64, and he was impressed. “64 kilobytes of RAM,” he said. “Now, you have thousands of times that in your pocket.”

The pace of change is only going to accelerate, he said. Heier pointed out that it was only in June of 2007 that Apple released the first iPhone, and everyone forgets that apps, as we know them, weren’t available until a few years later after Apple released its software development kit to outsiders. “It’s only been the last three or four years that have been life-changing” regarding how we interact with information and each other.

That pace of change also applies to tech developers. “The tools and languages and application hosting technology has changed dramatically,” he said. “When mobile came out, that accelerated it. Layer in the cloud, and there is this incredible set of ingredients for a tipping point. At Schwab, the last three years are dramatically different in the way we developed products than the way we did over the previous 20."

The “renaissance” in how software developers work means that small companies compete easily with larger firms to build great applications quickly. “It created an eco-system, especially in financial technology, where conditions are coupled with a natural inefficiency in financial services.”

Artificial intelligence and machine learning are the next logical steps for financial technology, given the “renaissance” in the software algorithms and the tech databases underlying it.

Where you see that in practice, he said, is in Facebook Messenger chat bots, the social media firm's tool to allow real-time conversations between users and companies. Earlier this year, Facebook released the software development kit for the bots, and several financial services firms are experimenting with the technology to create their own bots for client interactions.

Consider the bots on top of databases using some form of machine learning combined with natural language processing, translating data into English, and a client could have an entire conversation regarding details of their accounts, portfolios or financial plans and never even realize they aren’t “chatting” with a human. In research mode, Schwab has worked with one of the natural language processing firms that create a lot of the user-facing content around Yahoo’s fantasy football platform.

Throw a virtual reality layer on top of all that, and where does it lead? “Imagine the impossible,” Heier said. “From a certain perspective, that’s what we’ve seen. We have something faster than the fastest desktop computers just a few years ago in our back pocket."

But big data brings risks. Cybersecurity is a constantly evolving battle, he said. Even a tech company like Yahoo is not immune from large-scale data breaches, and algorithm-driven, automatically rebalancing investment portfolios can send a client’s account into uncharted waters if signals from the markets become confused. "There is a risk the technology moves faster than the regulators and the controls,” said Ed Obuchowski, head of advisor services technology. "This is where I can’t fathom a point where there is not a human involved in the interaction. When things go south, I still need to opportunity to pick up the phone and call someone I can trust.”

Finally, responding to an advisor’s complaint that Schwab’s own PortfolioCenter platform “significantly lacks expectations” and seems to be based on technology at least 10 years old, Obuchowski concurred. “You have to figure out where to put your priorities,” he said. Schwab, he said, has made a “massive" investment in the next evolution, PortfolioConnect.

PortfolioConnect is meant to be “future-proof,” Heier said, with a “modular” architecture separating the user interface from the backend operations and the brokerage chassis, meaning any of those components can be swapped out or changed. “The product will have the ability to scale infinitely,” said Heier.