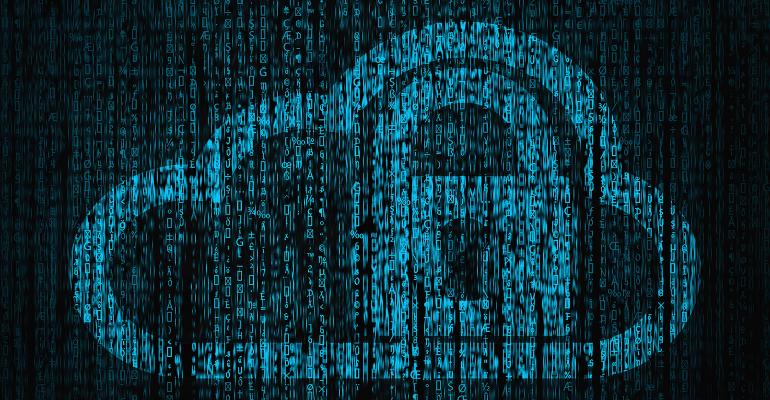 How Commonwealth is protecting data in the cloud, Fidelity sees blockchain as the future of finance and why Jeff Bezos' net worth has dropped.

Finance companies’ aversion to cloud technology is widespread and understandable; professionals are suspicious of putting sensitive data onto a cloud-type server rather than in hardware such as a hard drive, which is, ostensibly, easier to protect. Though security and privacy measures are in place and constantly improving, cloud technology is still met with apprehension in some corners of financial services, despite the advantages it brings to deploying and accessing information across a network. “We’ve got very sensitive data that we’ve got to make sure doesn’t go away, doesn’t get breached and doesn’t become generally available to the world,” said Andrew Baxter, director of systems engineering at Commonwealth Financial Network, considered one of the more secure broker/dealer networks out there. So it's a testament to how far cloud-computing security has come that Baxter’s team has taken the plunge and moved toward the cutting edge of technology and finance. The independent broker/dealer serving roughly 2,000 affiliated financial advisors in the U.S. is “increasingly adopting well-secured cloud technology” and “acts as a clearing house for [those advisors’] IT infrastructure.” Commonwealth’s special security teams constantly oversee operations to cultivate and sustain the highest levels of security practices. Baxter, who leads the network’s virtualization, server platform, storage, data protection, backup, anti-virus measures, etc., maintains a realistic outlook when it comes to the risk of hacking, though: “We’ve got to make sure that we have the tools in place to be able to react appropriately.” Shortly after announcing that Fidelity clients would be able to access bitcoin valuations on the discount broker's platform, Hadley Stern, senior vice president at Fidelity Labs, went on CNBC's "Closing Bell" last week to speak further about the disruptions happening in fintech, particularly the infrastructure that makes cryptocurrencies possible: blockchain. "Blockchain technology will change the world," said Stern, who manages Fidelity's bitcoin, blockchain and digital-currency incubator, referring to a network of distributed ledgers for financial transfers and reconciliation. "The big story is you can transfer value through software and software alone. This is a huge societal breakthrough," Stern said in the interview. He compares the technology today to Google and Facebook in their infancy. "I do think [cryptocurrencies] will make things, whether it's bitcoin or something else, faster and cheaper, and create new products and services that we can't even imagine." He emphasized the currencies' resolve, and that banning bitcoin would be comparable to banning the internet. "Whether governments like it or not, it's here to stay," he said. Not to mention threatening the traditional firms in financial markets that are the middle players in moving money around. Despite his fondness, Stern asserted that Fidelity's upgrade does not allow clients to make bitcoin transactions, just keeps tabs on the valuations. This morning, bitcoin's value passed $4,000, an all-time high.

What Happened to Jeff Bezos' Net Worth? Amazon founder Jeff Bezos has lost about $6 billion in net worth since he briefly became the richest person in the world on July 27. When the markets opened that Thursday morning, Bezos' net worth surged to $90.6 billion, surpassing Microsoft founder Bill Gates. However, ever since, Amazon's stock has dropped about 10 percent, wholly accounting for the decline in Bezos' net worth, according to Forbes. As of Monday afternoon, Bezos was worth $83.6 billion, behind Gates ($90 billion) and Spanish retailer Amancio Ortega ($84 billion).