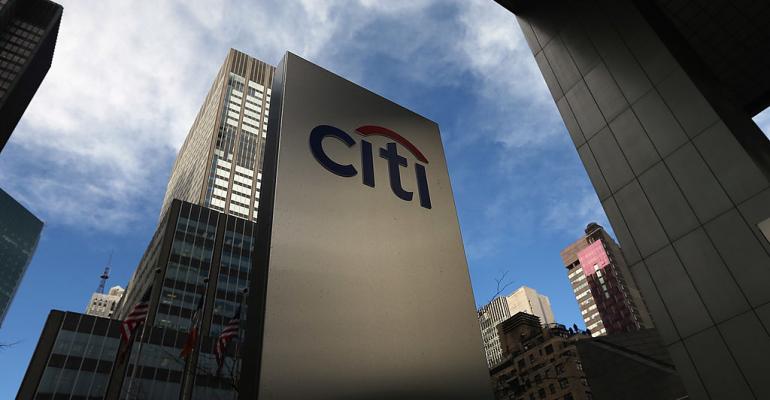 Citi Self Invest will be available to checking account holders at first and applies to individual stocks and ETFs but will later add other types of investments, such as mutual funds or options.

(Bloomberg) -- Citigroup Inc. will let U.S. retail customers bet on stocks without paying fees as the bank tries to expand its wealth business in the face of fierce competition from Silicon Valley ventures, discount brokerages and big-banking peers.

The Wall Street giant will initially make the new offering -- Citi Self Invest -- available to checking account holders before later marketing it to more people, said David Poole, who heads the U.S. consumer wealth management business. The zero-fee deal applies to individual stocks and exchange-traded funds but will later add other types of investments, such as mutual funds or options, he said.

Chief Executive Officer Jane Fraser, who took over this year, has been retooling the bank’s businesses tending wealth for a variety of customers -- from investing novices to the ultra rich. In January, the firm merged its wealth management arm and private bank into a new unit called Citi Global Wealth to be led by Jim O’Donnell. With this latest offering, which won’t require a minimum account size, it’s shoring up operations that cater to cost-conscious speculators, whose numbers have been multiplying during the pandemic.

“We feel like the Self Invest offering will really round us out,” Poole said. “Citi Self Invest is another key step to delivering that robust and intuitive full investment continuum.”

The move may add to pressure on the likes of Robinhood Markets, the wildly popular trading app that soaked up customers last year and became their venue of choice for meme-driven buying sprees in the months since. Robinhood, which is preparing for a public stock listing of its own, and discount brokerages TD Ameritrade and Charles Schwab have all reported record volumes on their platforms as newcomers rushed in.

While those firms and self-directed investing platforms at larger peers JPMorgan Chase & Co. and Bank of America Corp. are ahead of Citigroup in offering no-fee options, the firm’s operations are already formidable. Businesses now bundled into Citi Global Wealth would have collectively produced about $6.6 billion in revenue in 2020, with roughly half of that coming from retail clients, Citigroup said in a presentation in April.

To help newcomers, the bank is launching a learning center in tandem with Self Invest.

“You have quite sophisticated and experienced self-directed clients,” Poole said. “But for those clients that are novice and just starting out with investing, we want to make sure we have that investor learning center.”

Last year, Citigroup also debuted a robo-advisory arm, a digital platform that connects customers to professionally managed portfolios for an advisory fee of 0.55%.

Even with the digital push, Citigroup is focused on building out its workforce of financial advisers, said Poole, who joined in 2020 from Bank of America Corp. There’s demand for both digital and adviser wealth management, he said.

“That’s one of the advantages of Citi,” Poole said. “A client can come to us and have both. It’s not one or the other.”