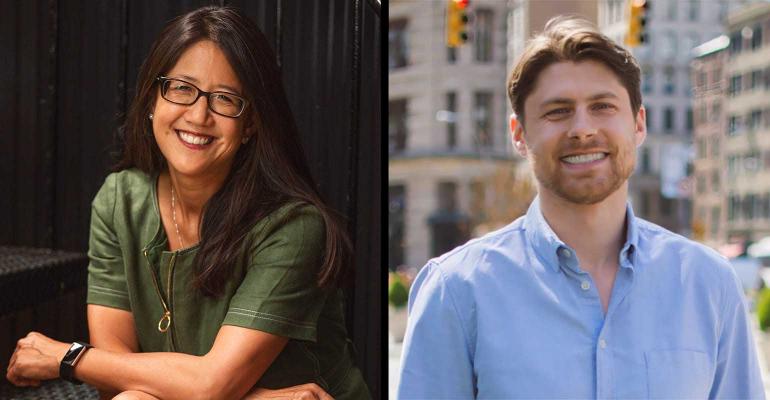 With a $50 million Series B in the rearview mirror, Altruist hired Grace Mellis as its first chief financial officer and Adam Grealish as its first head of investments.

Altruist’s founder and CEO Jason Wenk is putting the firm’s $50 million Series B funding to work. The software developer hired Grace Mellis, a former JPMorgan Chase managing director with experience scaling software firms, as the company’s first chief financial officer. It also hired Adam Grealish, the ex-director of investing at robo advisor Betterment, as the firm’s first head of investments, according to an announcement.

As CFO, Mellis will be charged with scaling Altruist, which currently serves less than 1,000 RIAs. She’ll be applying techniques honed as chairman of the board of directors at HyreCar, where she helped the car rental startup rapidly scale and eventually list publicly. She’s worked with HyreCar for nearly four years.

"Altruist has a significant, rare opportunity in a well-established industry," said Mellis in a statement. "Altruist identified a clear, yet widely ignored, problem, then built sophisticated technology to address that need.”

To accomplish that, executives need to get “everyone to be firing on all cylinders at all times,” she said. “Culture is No. 1 and one of the key reasons I joined. It is core, actually, to helping a company scale fast.”

“I’m not putting up a smoke screen here. We really are figuring this out and really focused on solving advisors needs,” Grealish explained. Prior to moving to Altruist, he co-founded job recommendation engine Roletroll and spent five years at Betterment starting in 2016.

Both Betterment and Altruist are known for serving advisors that aren’t afraid to voice their enthusiasm for—or criticism of—the products they use in their businesses. Grealish can’t wait to work with those advisors, he said.

Wenk expects that combining Mellis’ background “from the world of traditional custodians” and Grealish’s familiarity with robo advice will produce a powerful combination of familiar and avant-garde that will entice advisors to the platform and satisfy the ones already there. The addition of the firm’s first CFO and head of investments is another sign that Wenk is continuing to develop and mature the nascent advisor software developer.