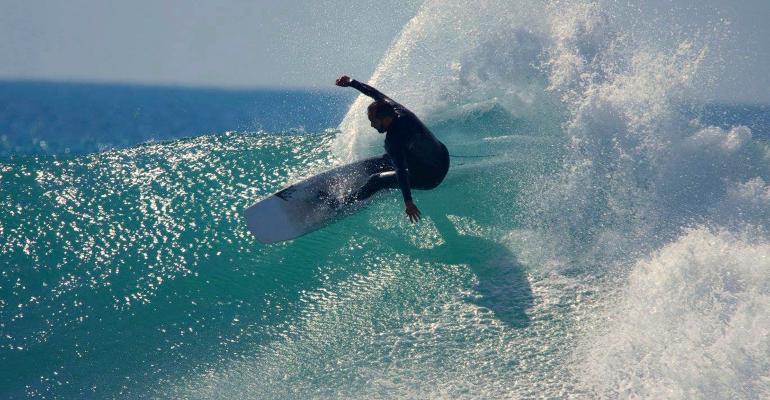 Advyzon Adds Prospect Portal, Other Features to Its Platform

The portal provides advisors with easy ability to text or email prospects with one-click to a curated, customizable user experience.

Cloud-based advisory tech company Advyzon rolled out a new prospect portal Tuesday, which the firm has been working on for the past year. With it, advisors can share a text or email with a link to their website and allow prospective clients to securely self-administer when it comes to sharing their personal information, data and documents.

Advyzon client Jack Green, a lifelong surfer and CEO of Ventura, Calif.-based Anacapa Financial, said one of the fintech’s recent rollouts is helping him cut down on inefficiency in his workflow and providing him with a beach-ready prospecting tool.

Related: In Seismic's Acquisition of Grapevine6, a Look Ahead

“I was a semi-professional surfer at one time but have had to cut back a great deal on my surfing over the years,” Green said. “Now though, if I meet someone on the beach I can text them a link.”

The link, which he has customized specifically for his firm, takes the prospect to a “fact finder” application that asks clients for some initial information on where they are in their investing situation and goal planning, just enough to keep them interested and carry them into the onboarding queue.

Related: 'Benjamin' Is Applying to Be Your AI-Driven Virtual Assistant

“Being able to upload and share documents in a compliant fashion can dramatically shorten the sales cycle,” said Will Trout, director of wealth management for Javelin Strategy & Research.

“It also shifts the client-advisor dialogue from a focus on documentation to the client’s needs and objectives,” he said. The use of SMS (text) to start the process offers compliance and security benefits and allows clients to engage on their terms and timeline, he noted.

eMoney Advisor has done something very similar for years, as have many other providers. It is, however, one of many new tools that Advyzon has rolled out over the past few years to simplify and speed up the onboarding process. The platform is being used by 800 firms and over 4,000 individual advisors, according to Advyzon’s chief business development officer, John Mackowiak.

For those unfamiliar with the platform, it includes cloud-based performance reporting, billing, CRM and document management capabilities as well. It competes with the Orion and SS&C Black Diamond platforms, among others.

Advyzon has had a client portal since it launched in 2012, but Mackowiak said it was used too little by some clients and often turned into a crowded, intimidating document repository for others. The new prospect portal is free to Advyzon users.

“We were finding that advisors were using the client portal but mostly for the secure vault, and we were getting the impression that they were having to tell clients ‘Hey I’d like to work with you. I’d like to impress you; now ignore three quarters of what you see [on the portal that is not really applicable to you],’” he said.

Out of that experience, Mackowiak said, came the impetus to build a curated experience for someone not on board yet—hence the prospect portal.

According to Trout, too many advisors continue to think in terms of discrete operational processes, rather than an integrated workflow, and it in turn has a negative impact on the client experience, which he said, is particularly noticeable during the prospecting and onboarding process.

Advyzon also announced the availability of a new mobile app for both the Android and iOS operating systems. Mackowiak said that while it is a “bit bare bones” for now, it is a work in progress with additional features coming in the New Year.

Advyzon announced its last major round of updates in January, which included business intelligence capabilities in the form of configurable dashboards at the contact, client and account levels (the firm had announced an integration with Riskalyze the year before), as well as a firm-level dashboard that displays high-level data about an advisor’s business performance.

Advyzon’s single-sign-on integration with Schwab’s OpenView Gateway was also announced at that time. (The firm already had an integration with TD Ameritrade Institutional’s Veo platform.) There were also office productivity updates that included better synchronization between Microsoft Office 365 and Google G Suite Sync.

Advyzon pricing starts at $6,500 for an annual platform license that supports up to 150 client accounts and scales up in tiers as accounts are added.