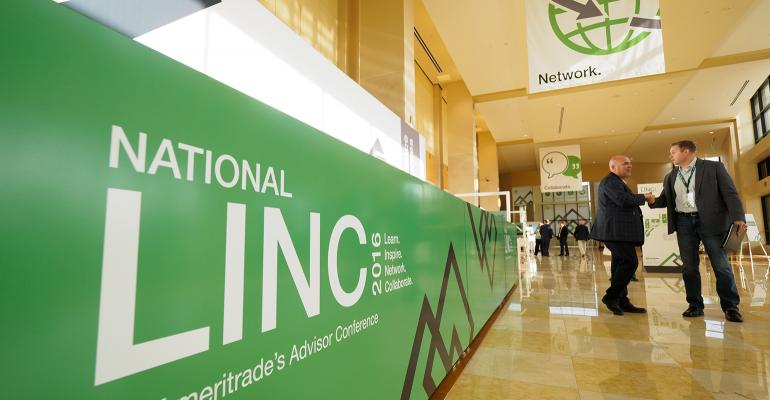 If there were dark clouds hanging over Orlando this week, it’s likely because advisors gathered there for TD Ameritrade Institutional’s National LINC 2016 conference got some fairy gloomy reports on both global affairs and the financial markets.

Ian Bremmer, the president of the consultancy Eurasia Group, kicked off the conference with a dour assessment of the state of the world. The global challenges are at once more unpredictable and more complex than they have ever been, he suggested, and the U.S. is losing its status as a global authority, despite the fact that the country for now is seen as the safest place for foreign assets.

“We’re entering a cycle where geopolitics matter, and the markets must respond,” he said.

The refugee crisis threatens to put more pressure on the European Union than the economic crisis, he said. “The impact on growth is immense,” he said, and will put an end to Europe’s open-border policy. “Maybe not legally, but it’s gone,” he said. “It will make these countries feel more like police states. What it means to be Europe is not what it once was. The impact on GDP growth is immense.”

Still, he predicts the European Union will survive, and Britain will remain a part of it, despite loud calls from some parties in that country to leave.

And while the markets seem to be reacting to China’s economic slowdown, Bremmer doesn’t see it. “Their ability to influence the market is greater than any other economy.”

For investors, a top concern should be the lack of employment in emerging markets. As technology and innovation reduce the need for the kinds of cheap manual labor these countries could provide, it will turn them into “basket cases,” he said. “Not in three to five years, but beyond that. China will be a basket case. In 10 years, China will be the largest economy in the world, but never have we had such an uncertain trajectory. We’ve never lived in a world like that.”

“As a long-term investor, it’s one of the single most important things to be aware of,” he said.