/sites/all/themes/penton_subtheme_wealthmanagement/images/logos/footer.png
Recent
Recent
Wealthies Circle Podcast: Heather Kelly on How the Pandemic Changed Wealth Management
Sep 24, 2021
13 Must Reads for the CRE Industry Today (Sept. 24, 2021)
Sep 23, 2021
The Co-Working Sector Is Bouncing Back
Sep 23, 2021
Household Net Worth in U.S. Hits Record on Surging Home Values
Sep 23, 2021
Featured
The 10 Best and 10 Worst States in Which to Retire in 2021
Jul 15, 2021
Poll: 15 Classic Books on Investing and the Markets
Apr 03, 2020
25 U.S. Markets Adding the Most Multifamily Units This Year
Feb 03, 2021
Fifteen Must-Listen Business Podcasts for Advisors
Aug 14, 2020
TD Ameritrade National LINC Conference
brought to you by 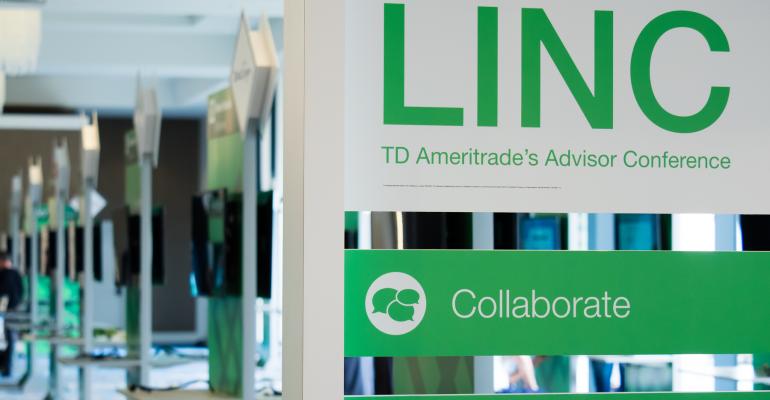 Inside the Mind of the Seller

Many sources put the average number of M&A deals in the RIA industry at about 47 per year. It’s really more like 1,000, said Daniel Seivert, CEO and managing partner at ECHELON Partners, when the acquisition or merger of smaller firms are included. But buyers beware: A lot of sellers have difficulty giving up their business, according to a panel of industry observers at TD Ameritrade’s national LINC conference in San Diego, Calif. on Thursday.

“I think the biggest challenge that sellers have is selling the business,” said Matt Brinker, senior vice president at United Capital. “We are, at our core, entrepreneurs. This notion of a transaction is a sense of a perception of giving up autonomy, your freedom and the controls of running your business.

“If there isn’t a clear articulation of what the relationship looks like in advance, you’re going to lose their time, their attention and their energy to pursue this with you.”

But a buyer could also be wasting their time, if the other advisor isn’t, in fact, serious about selling their business.

“With sellers, oftentimes they love having open houses,” Brinker said. “And they’ll invite you into the house, and they have no intention of selling the business. They love the dance; they love to get, effectively, a free valuation; they love to parade you through the offices and let the support staff and the team see that there are people who are interested in the business. It helps rationalize why they have certain equity valuations internally. So it’s very important for would-be buyers to assess early and often whether or not you have a seller who’s actually engaged to sell the business, or do they like the dance?”

To prevent this from happening, United Capital, a strategic acquirer of RIA firms based in Newport Beach, Calif., will make sure that the seller is putting in an equivalent amount of effort through the process that indicates their interest in doing a deal.

“Otherwise, you’re going to spend your time, kissing a lot of frogs and doing a lot of dances, and that can be incredibly expensive and laborious,” Brinker said.

Matt Cooper, president of Beacon Pointe Wealth Advisors, said you can’t just cast a wide net, and you have to make sure the other person is as interested in a deal as you are. Then, it takes six months to a year to get to know them. Beacon Pointe then has an eight to 10-week transition plan.

Before United Capital does a deal, the firm spends some time to make sure the RIA is culturally aligned, which Brinker argues is the most important aspect. They also spend time evaluating why they’re doing the acquisition, and identifying how the client, growth prospects, and equity they own will be better off because of the deal.

“It’s a numbers game in the sense that you do need to kiss a lot of frogs to finally get to a marriage,” said Lenny Chang, managing director Focus Financial Partners. “You also have to have a pretty rigorous process and a discipline around that process.”

Institutional buyers, such as Focus Financial, only account for about 5 to 10 percent of industry deals, Seivert said, whereas the vast majority of deals are done between individual advisors.