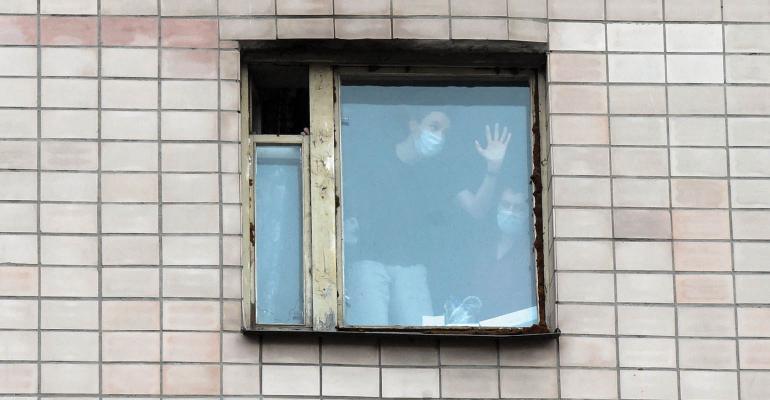 Universities Have Shut Down. But Privately-Owned Student Housing Communities Have Allowed Residents to Remain.

The companies that own and manage these properties promise that their residents can remain.

Students are still living in privately-owned student housing communities, despite the spread of the novel coronavirus. And the companies that own and manage these properties promise that they can stay.

“These are your homes,” says Avi Lewittes, chief investment officer for The Scion Group, headquartered in Chicago. “You can take heart in knowing that we will continue to remain open and operate our communities in a safe manner.”

Across the U.S., colleges and universities are no longer holding classes in person. Many have even asked students to leave on-campus dormitories. But privately-owned student housing communities are still open—and even continue to sign leases for a fall semester that would begin in six months.

“These are obviously extraordinary times and there is not a handbook,” says Dorothy Jackman, executive managing director for Colliers International, based in Tampa, Fla. “It is a mixed bag—it is going in every direction possible.”

Everyday thousands more people in the U.S. test positive for COVID-19. Officials in several cities and states have ordered people to “shelter in place,” only going outside to perform essential tasks like buying groceries.

“Even if they have to take their classes from their student housing rooms, they want to do that rather than stay in their parents’ houses,” says Will Baker, senior managing director for Walker & Dunlop, based in Bethesda, Md. “They might not want to be around their parents who may be immune-compromised.”

In the midst of a global pandemic, it does not make sense for many students to make the long journey back to where their parents live. That’s especially true for international students, who may face bans on international travel. “Many students don’t have the freedom or flexibility to go elsewhere,” says Lewittes.

Many colleges and universities have asked students to leave their on-campus dormitories by the end of spring break—if they can move out. “They are asking people to leave on-campus housing,” says Dave Borsos, vice president of capital markets for the National Multifamily Housing Council (NMHC), based in Washington, D.C.

Even if these orders prove impractical and the dorms have to remain open after all, the students who leave may serve to cut the population of crowded on-campus housing, where students may share bedrooms in dormitories built before W.W. I. That’s too crowded to effectively practice the “social distancing” demanded by federal officials to slow the spread of disease.

Privately-owned, purpose-built student housing is typically much less crowded than many on-campus dormitories. Each student typically has their own bedroom, even in suites where four students share a kitchen. That will make it more practical to ask student to follow the new rules of social distancing.

The contractual obligation works both ways. Most student housing properties are still collecting rents from students and expect to continue through the end of the 12-month leases signed by students. “Our members feel that they have entered into legal contracts with their residents and they assume those contracts will be honored,” says Borsos.

To keep their residents and staff safe, owners and managers of privately-owned student housing are planning as best they can to slow the spread of the virus.

Students are also still signing leases to rent student housing for the fall semester, which would start six months from now in September 2020.

“There is a lot of optimism that we can get things somewhat back to normal by the fall,” says Baker. One leading developer reports that their pre-leasing for fall 2020 has been even stronger than normal, according to Baker. “The kids are sitting around… thinking about leasing their next apartment.”

"Students have thus far have paid their rent and continued to pre-lease at the same velocity as last year," says Fred Pierce, president and CEO of Pierce Education Properties. "Even if courses remain on-line only in fall 2020, the super-majority of students want to be 'at school' with their friends and classmates.”