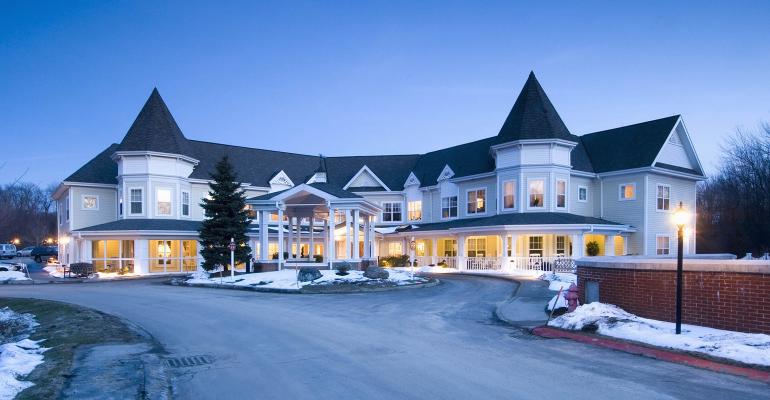 Residency at assisted and independent living facilities fell to 78.8 percent in the first quarter of 2021, reports NIC.

(Bloomberg)—Senior housing occupancy reached a record low in the first quarter in the U.S., even as vaccination rates rose and coronavirus infections ebbed.

Residency at assisted and independent-living facilities fell to 78.8% in the first three months of 2021, down 1.8 percentage points from the prior quarter and 8.7 percentage points from a year earlier, according to a poll of for-profit and non-profit managers by the National Investment Center for Seniors Housing & Care. The trend is a potential concern for investors in the industry’s debt.

Although senior housing residents have largely been vaccinated against Covid-19, there’s a “natural lag” between when someone inquires about entering a facility and when they actually move in, the group’s chief economist, Beth Burnham Mace, said in a news release Thursday. More than 29 million people aged 65 and older are fully vaccinated in the U.S., according to the Centers for Disease Control and Prevention. The Census Bureau pegged the number of people in that age group at more than 54 million as of July 1, 2019.

“Data from the next two quarters will signal whether consumers have moved beyond the pandemic and are again considering senior housing properties,” said Mace.

The coronavirus, especially lethal to the elderly, has made the senior-living industry the riskiest segment of the $3.9 trillion municipal-bond market. Muni defaults are extremely rare because states and cities have broad power to raise taxes to cover their debt. But it’s also open to non-profits, including those that run retirement communities, that can sell bonds through local government agencies. Amid the pandemic, these facilities have faced increased costs for staff and protective equipment as well as move-in restrictions from state health agencies. As a result, many are unable to repay what they’ve borrowed.

The coronavirus pushed $765.8 million of municipal bonds issued for senior living communities into default last year, and this year assisted living facilities and continuing-care retirement communities -- which offer independent housing, assisted living and skilled nursing on one campus -- have defaulted on $425.1 million of munis, according to data compiled by Bloomberg.

Continuing-care retirement communities, known as CCRCs, and assisted living facilities comprise half of payment defaults in the state and local bond market this year. The survey released Thursday includes CCRCs, which make up about 85% of the roughly $42 billion of municipal bonds issued for senior housing.

“As move-in moratoriums continue to be lifted and operators get more inquiries from prospective residents, leads, and property tours, occupancy may increase in the months ahead,” said Chuck Harry, NIC’s chief operating officer.