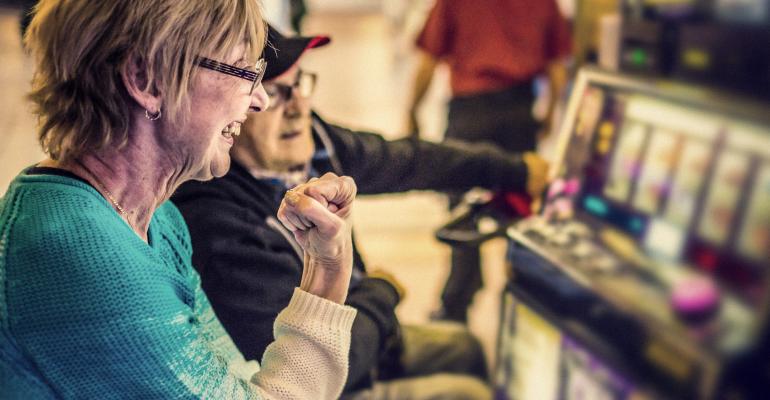 In Nevada, a New Silver Rush Is Propelling the Economy

Senior citizens are having an outsized impact on Nevada’s economy, from seniors housing communities to entertainment.

(Bloomberg)—In Nevada’s Washoe County, a presidential battleground, the fastest-growing age group is 65 and older and the demand for Alzheimer’s services runs about three times greater than what’s available. Homebuilder PulteGroup’s Del Webb is putting up two 55-and-older gated communities near Las Vegas, in the state’s south, for the first time in a decade.

Welcome to the Silver State, a nickname that stems from the precious metal mined here but more and more has come to reflect the impact senior citizens are having on Nevada’s economy as demand surges for retiree services ranging from health care to entertainment. Nevada, where Democrats will caucus for president on Saturday, is shaping up as a testing ground for America on what a retirement economy may look like.

“When you think of retirees, the main three industries they’re probably going to consume are leisure, hospitality, and construction,” said Brittany Merollo, an economist at Moody’s Analytics. “Nevada’s main industries are going to benefit as more boomers move to the state.”

The elderly share of the state’s population is expected to rise over the next decade, driven by emigrating Californians seeking lower costs and the aging of the prodigious baby boomer population. The U.S. as a whole faces lower growth because of boomers leaving the workforce. Yet Nevada is primed to pick up more jobs and outperform other states despite the challenges of this graying boom because of its key industries, said Merollo. About a quarter of the state’s jobs are in leisure and hospitality, compared with just 11% nationwide.

The expansion of seniors has given Nevada a distinction among states when it comes to the labor force participation rate, which economists look at closely to determine how strong the job market really is. The measure, which shows how many Nevadans are working or seeking work, is well below its peak in the early 1980s and the difference from its historical high is the largest among U.S. states. That underscores how much of Nevada’s population is taken up by seniors who don’t work.

Nevada, which has no personal income tax, saw its population grow mostly because of seniors. In the four years ending in 2018, there was a 19% jump in those 65 and older, while the percentage growth of people of prime working age increased less than that of the overall population. Those 55 and older now make up almost a third of Nevada’s populace.

The graying of the state is happening nationwide, including key battleground states in the 2020 presidential election such as Michigan and Pennsylvania. Nevada’s economic performance could provide a road map for them and inform how candidates craft their policies.

Seniors have also helped in changing the political complexion of Nevada, a state that was once solidly Republican. As a result of the blue wave of the 2018 midterm elections, Democrats have assumed all but one statewide office.

“This growth of the retiree population, particularly from the urban centers around the country, has changed the political dynamic here in the state,” said John Restrepo, principal of Las Vegas-based RCG Economics. “It’s helped make it a bluer state.”

The changing demographics come with growing pains. Washoe County, which includes Reno, has wait lists for seniors needing help on tasks so they can remain independent as well as for those who lose their homes. Staffers are seeing 10 times the number of senior homeless people seeking aid per quarter than they did five years ago, said Amber Howell, director of the county’s human services agency.

The jump in the number of seniors is “happening rather quickly, which is problematic, of course, because the county’s infrastructure has a difficult time keeping up with the growth and what to put in place based on our budget restrictions,” she said.

Nevada is also short of doctors. It ranks 47th among states for the number of active physicians per 100,000 in population, according to the latest state analysis. To address the shortfall, officials over the past six years have expanded physician residencies to 14 hospitals from three, with many programs specifically for the geriatric patients, said Doug Geinzer, chief executive officer of Las Vegas HEALS, a nonprofit coalition of health care professionals.

Filling out the medical infrastructure will help propel Nevada’s workforce by 2030, said Moody’s Analytics’ Merollo. Currently the percentage of people employed in education and medical services in Nevada lags the figure nationwide, showing room for growth. She forecasts Nevada’s annual labor growth that year to be the highest of all 50 states, as state governments overall will see sluggish rates because of the aging boomers.

And building homes for all these retirees will busy construction workers, who already comprise more of Nevada’s workforce than they do nationwide. The Nevada state demographer’s office projects that residents 65 and older will jump to 18% of the population by 2034, from just 11% in 2000. Land is cheap, especially compared with California, where it’s more difficult to add supply, said Daryl Fairweather, chief economist at brokerage Redfin Corp. In 2018, Nevada took in more than 51,000 people from California, accounting for 40% of the tally of migrants that year.

Tom Bittle, 70, moved to North Las Vegas from a Sacramento suburb last year. After four decades in California, the retired state worker decided to relocate in part because of the high cost of living. “They’re just taxing people out of California,” he said, adding that his new home’s monthly mortgage payment is about $400 less than before. “I don’t see an end in sight.”

--With assistance from Alex Tanzi.

To contact the reporter on this story: Romy Varghese in San Francisco at [email protected].