/sites/all/themes/penton_subtheme_wealthmanagement/images/logos/footer.png
Recent
Recent
How an Online Marketplace Tackles the Problem of Illiquidity in Private Real Estate Investments
Aug 19, 2022
11 Must Reads for the CRE Industry Today (Aug. 19, 2022)
Aug 18, 2022
Retailers Suffer from Inventory Bloat as US Consumers End Two-Year Spree
Aug 18, 2022
Reverence Takes Stake in Hybrid SEIA, As Firm Leaps Into M&A
Aug 17, 2022
Featured
The 10 Best and 10 Worst States in Which to Retire in 2021
Jul 15, 2021
Poll: 15 Classic Books on Investing and the Markets
Apr 03, 2020
Fifteen Must-Listen Business Podcasts for Advisors
Aug 14, 2020
Celebrity Estates: Jay Leno and Planning for Classic Car Collections
Feb 22, 2022
Coronavirus
brought to you by 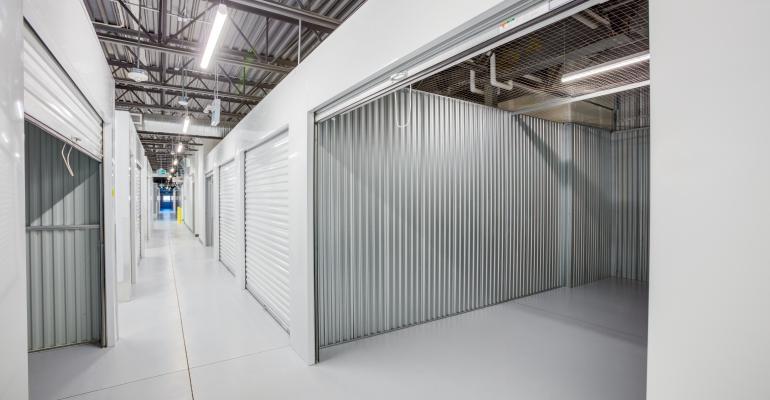 Demand for self-storage properties was higher than usual in March, even as much of the U.S. economy shut down.

Self-storage properties are proving to be less suscepitble to the COVID-19 crash than other commercial real estate property types, at least in the early stages of the slowdown.

“We appear to be net positive,” says Nick Walker, executive vice president in the self storage advisory group for CBRE. “When the dust settles on this crisis and we look back, I expect self storage to again be one of the best performing asset classes.”

In fact, demand for self-storage properties was higher than usual in March, even as much of the U.S. economy shut down. Some activity was driven by many college students renting storage units as they packed up their dorm rooms and left campus two months earlier than usual. “April move-ins have slowed, but move-outs have slowed as well which results in higher occupancy levels,” says Brian Somoza, Managing Director at JLL Capital Markets.

It’s too soon for the data kept for research firms like Yardi Matrix to show these trends, the preliminary data show unusually high interest in self storage. “Storage listing searches have been up significantly since the impact of COVID-19 began in the U.S.,” says Doug Ressler, manager of business intelligence for Yardi Matrix, based Santa Barbara, Calif.

Stock market investors also favors self storage. The stock prices of REITs that specialize in self storage only fell 11.11 percent from the beginning of 2020 through the middle of April. That’s less than the fall in stock prices overall—the Dow Jones Industrial Average over the same period fell 16.96 percent over the same period. And it’s just a fraction of the stunning 53.69 percent fall suffered by hotel REITs, according to NAREIT.

However, some newer self-storage properties may face obstacles reaching their lease-up goals as potential customers stay home to practice social distancing and slow the spread of the virus.

“This is an especially stressful time for undercapitalized developers that came into the health crisis with underperforming lease-up properties and now face the potential loss of their busy summer leasing season," says Ryan Clark, director of investment sales for SkyView Advisors, based in Tampa, Fla.

Even before the coronavirus spread, many self-storage properties were already under pressure. Developers had opened too many new properties in many markets. “Growth in supply had been an increasing challenge in the asset class over the previous few years,” says Clark.

The competition for renters had begun to pull down average rents across the U.S., early this year. “Street rents” for 10 ft. by 10 ft., non-climate-controlled units were 1.9 percent less in February 2020 than the year before. Climate-controlled units suffered even more for from competition—their average rents fell 2.3 percent over the same period, according the most recent report from Yardi.

Less new construction in 2020 and beyond

However, the crisis has removed one worry for self-storage properties.

“Many planned projects will not proceed, which will ultimately help supply stressed submarkets,” says Clark.

Developers had self-storage properties under construction or in the planning stages had totaled 9.1 percent of existing stock in the U.S., according to Yardi. That huge amount of new construction will now take a much longer time to open.

“New development has been impacted at all stages of the development pipeline,” says Clark. “Projects at the planning and approval stage have slowed due to governmental office closures. Many projects under construction have shut down their construction sites and work has halted in the interim, which will result in completion delays.”

“We have reduced our delivery forecasts and expect roughly 10 percent fewer deliveries in 2020. We also expect roughly 40 percent fewer total deliveries over the next four years 2021-2025,” says Ressler. “Storage supply has been an issue for a number of years now, and the construction declines brought on by COVID-19 will likely be a welcome sight for many storage operators.”