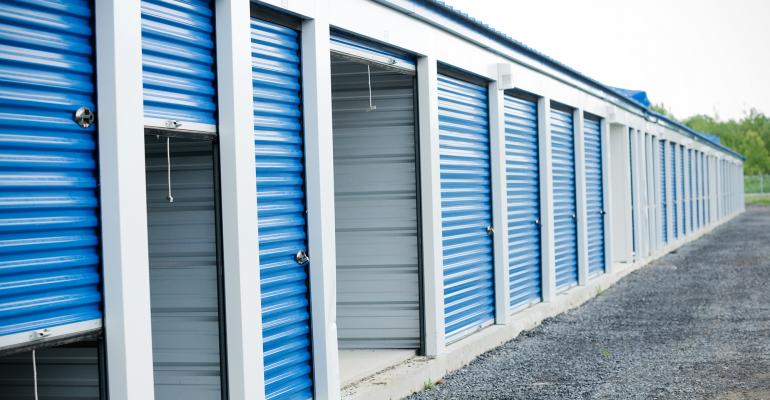 Self-Storage REITs Anticipate Lower Rent Growth, but the Sector Continues to be a Good Bet

Rental growth in the self-storage sector will hit a new normal, according to Eric Frankel, an analyst with Green Street Advisors. But the new normal will be “fine.”

Over the past several years, self-storage REITs have been bolstered by a surge in rental rates, which underpin the companies’ financial performance. An offshoot of that buoyancy is that among all the REIT sectors tracked by Green Street Advisors LLC, self-storage had the highest price appreciation—120.6 percent—from 2010 through the first eight months of 2018, according to REIT trade group Nareit.

But as the self-storage REITs feel the pressure of new supply coming on-line, the REITs as well as private operators are grappling with a general decrease in rental rates and with the likelihood that rental revenue growth probably won’t be as robust as it had been.

So, does this mean the publicly-traded self-storage REITs are losing their luster for investors? Not quite.

For one thing, the REITs tend to be the best operators in the self-storage industry, enabling them to optimize rental rates and reduce expenses better than most of their private competitors, says Eric Frankel, a REIT analyst at Newport Beach, Calif.-based Green Street Advisors, a real estate research and advisory firm.

While the publicly traded REITs—Public Storage, Extra Space Storage, CubeSmart, Life Storage and National Storage Affiliates Trust—face the prospect of discounting rents to compete with new supply, industry insiders say the sector’s future still looks bright, albeit not as bright as it once was.

In a July 27 earnings call with Wall Street analysts, CubeSmart CEO Chris Marr said that following several years of “significantly outsized growth” in self-storage, rents “have started to come back to earth” compared with double-digit rent growth from 2010 to 2015.

“In order to lease units, many operators are strategically discounting marketed rates, inhibiting overall rent growth this year while bolstering longer-term revenue for when supply-side pressures abate, as they are expected to in 2019,” according to a recent report from commercial real estate services provider Marcus & Millichap.

A recent report from real estate research and data platform Yardi Matrix shows that in August 2018, the self-storage sector in the U.S. saw a 4.1 percent year-over-year decline in rental rates for 10x10 non-climate-controlled units and a 2.8 percent decline for 10x10 climate-controlled units. That unit size is the most popular in the self-storage business.

The movement in rental rates is occurring as the self-storage sector deals with the continuing flood of new supply, a circumstance that’s poised to spill over into 2019 even though development is exhibiting signs of a slowdown.

Figures from the U.S. Census Bureau show that spending on self-storage construction slid from $491 million in May 2018 to $431 million in July 2018. As of August 2018, the self-storage development pipeline in the top 25 markets numbered 1,550 properties, down slightly from 1,611 in April 2018, according to Hendersonville, Tenn.-based market research firm STR Inc.

“All this new supply is pressuring rental growth, since it takes roughly three years to stabilize a new development, and often the operator will heavily discount rates to fill it,” says Matt Kopsky, a REIT analyst at Des Peres, Mo.-based financial services company Edward Jones. “The self-storage business model is working well on existing customers, with rent increases in the 8 percent to 10 percent range annually, but there is pressure on initial move-in rates due to all the new development.”

Kopsky notes that the publicly-traded self-storage REITs have underperformed year-to-date, and he says that they’ll continue to lag in light of moderating rent growth and a rise in operating expenses tied to property taxes and labor. From September 2017 to September 2018, returns for self-storage REITs were 0.83 percent, compared with 1.78 percent for all equity REITs, according to Nareit.

Expansion of the self-storage REITs’ third-party management platforms—a relatively small but growing chunk of revenue—should help offset the softening of growth in rental rates and the jump in operating expenses, Kopsky says.

Despite that softening, a recent report from Green Street Advisors emphasizes that self-storage remains attractive compared to other commercial real estate sectors. The predicts risk-adjusted returns of 6.7 percent for public-market storage properties from 2018 to 2021 vs. a U.S. weighted average of 6.0 percent. If the 6.7 percent figure holds up, self-storage would outpace public market sectors such as industrial, hotel, retail and office during the same period, according to Green Street.

Of course, those returns would come against a backdrop of the self-storage REITs combating new supply over the near term and tempering expectations for rental growth. But industry executives and observers expect the REITs to stand up to those headwinds, even though Green Street’s Frankel predicts self-storage revenue growth will be “quite modest for a long time.”

In the near future, self-storage REITs should still enjoy strong demand from, among other groups, downsizing baby boomers and apartment-dwelling millennials, experts note.

“I wouldn’t expect outsized returns in the near future or especially over the long time,” Frankel says, but a self-storage play “is really quite reasonable relative to buying an office building or a shopping center or even an industrial building, considering the fundamentals.”