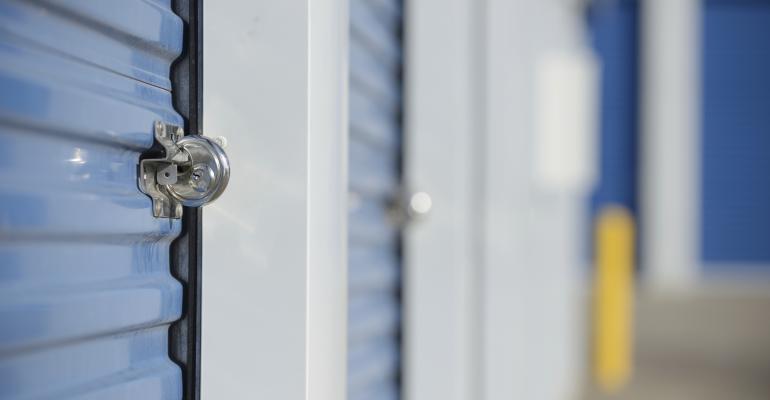 Investors are crowding into self-storage as the sector continues to post the highest long-term returns of any commercial property type, according to a recent quarterly industry survey.

Marc Boorstein, a principal with Chicago-based MJ Partners Self Storage Group, said in his full year and fourth quarter overview that the average 2014 investment return for self-storage REITs was 31.4 percent. The REITs are the major owners in a largely fragmented sector, as about 80 percent of self-storage properties are owned by small mom-and-pop-type firms. But according to Boorstein, private equity is starting to enter the sector. 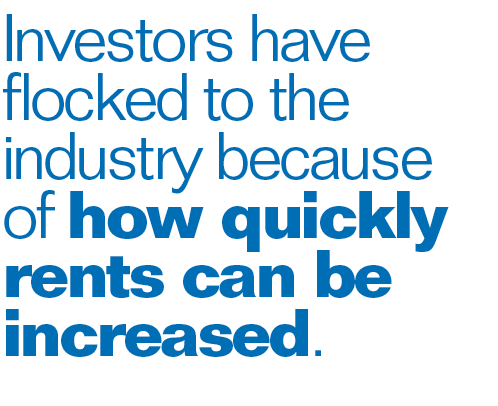 “There’s just a lot of transaction activity going on, for every $50 million portfolio there [are] 20 offers,” Boorstein says. “Average occupancy has increased to more than 91 percent, and new supply was at less than 100 new properties last year. That compares to about 3,665 new properties that opened in the peak year of 2005. Even if we have 300 to 500 new properties in 2015, as Extra Space Storage CEO Spencer Kirk predicts, that’s still not enough to even match the population growth.”

The recession created more renters, and the urban movement further increased self-storage customer base, Boorstein notes. Investors have flocked to the industry because of how quickly rents can be increased. A customer who pays $125 per month will tend not to move if the rent is increased incrementally, to $140 per month.

“That doesn’t sound like much each month, but multiply that by owning a thousand units and that’s a huge impact on revenue,” Boorstein says. New income generators such as self-storage insurance and improved digital advertising and management platforms have also boosted bottom lines, he adds.

The returns have attracted private equity firms new to the sector, such as the Carlyle Group partnering with self-storage operator William Warren Group last year, as well as increased activity from investors such as Prudential, Fortress, Morgan Stanley and Harrison Street. The four major REITs—Public Storage, Extra Space Storage, CubeSmart and Sovran Self Storage—are able to take down the large deals of more than $75 million, but there are aggressive bidding wars by private equity for the smaller portfolios, Boorstein says.

“If it’s a mid-sized deal, say between $20 million and $70 million, there’s four times as many private equity groups looking to purchase than there were two years ago,” he says. “There [are] groups bidding that have barely been in the market that long. Cap rates have plunged because of all this competition and partnering that’s going on.”

For example, Roseville, California-based Life Storage secured more than $120 million from TPG Real Estate and Jasper Ridge Partners late last year. “Not only is there strong continued support for self-storage, the industry remains very fragmented, which should provide opportunities for consolidation and attractive follow-on acquisitions,” said Avi Banyasz, partner and co-head of TPG, in a statement regarding the investment.

Michael Mele, senior director with Marcus & Millichap’s national self-storage group, says he agrees that private investment in the sector is “bigger than it has ever been.” He says while these investors can’t compete with the REITs in the large deals, there’s much more competition for the second-tier properties.

“Mom-and-pop ownership of self-storage is declining because of the demand by private investment,” Mele says. “There’s also a continued consolidation of the industry, with a lot more private firms going after large portfolios with the help of the REITs, or using the REITs as third-party managers. You’re going to start seeing, in major and secondary markets, the same people owning many of the properties.”

Scott Humphreys, self-storage acquisitions director at Austin, Texas-based Virtus Real Estate Capital, says a new trend in the industry being employed by many of the REITs and larger regional players is purchasing sites in construction or shortly after they open. This eliminates some of the risk/liability associated with the development timeframe, and has also allowed the REITs to move forward with new site development without the added overhead and expense of keeping a full coterie of development resources in house. For example, Extra Space recently bought a portfolio of three self-storage properties in Austin from Endeavor Real Estate Group. All three properties were new, with two of the three having been opened less than a year at the time of sale.

“The difficult element to this type of purchase is the valuation gap, and determining how much to pay for yet-to-be leased space,” Humphreys says. “In core and growth markets, the risk is obviously not as great, and this allows you to rely on ‘merchant-build’ type development resources who know the local municipalities, and their nuances, well.”