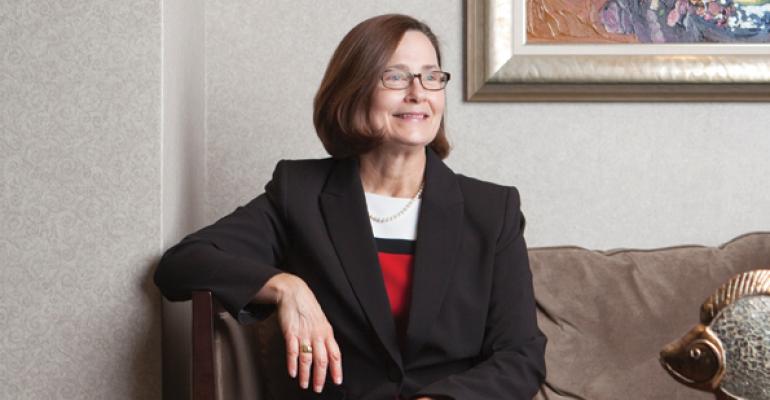 “Study groups” are growing in popularity among advisors, and can range from simple conference calls to gossipy luncheons to elaborate three-day retreats where everyone opens their books. Here’s what to expect when advisors get together.

Over the past five years, Lynn McIntire’s Dallas-based firm Cadent Capital doubled its assets under management to $221 million. What’s the secret? Cold Calls? Referrals? Connecting with prospects through investment seminars? Not quite. She credits much of the success to her “brain trust,” three separate study groups she attends on a regular basis.

For McIntire it started in 2007 when the first group formed; twelve financial advisors, all women and based in Dallas, meet monthly to share war stories and advice about dealing with emotional clients or the navigating the nuances of social security.

Four years later, she joined another group of advisors. These, like her, were all affiliated with Raymond James. They meet quarterly following a regular seminar put on by their regional sales director. That same year she and two other advisors who had been working intensely with a virtual coach for a year decided to extend the engagement, meeting monthly via video conferencing.

The upshot, she says, is being immersed in information and perspective.  The meetings give her tips and techniques to fine tune and strengthen her bonds with her clients, and that naturally leads to more business. “We have as strong a relationship with our clients as we’ve ever had,” she says.  “The groups have made a big difference.”

McIntire is one of a growing number of advisors reaping benefits from study groups.  While the name is a bit of a misnomer, conjuring up images of colleagues feverishly cramming for their Certified Financial Planner exams, the purpose of these gatherings generally is to delve into problems they regularly face in their practices; they can cover anything from the best CRM software to predicting future tax rates and its affect on client portfolios. In some cases, members get really down and dirty, opening up their books and digging into each other’s financials.

The benefits are both large and small.  For example:

·      A group of five solo practitioners who meet over the phone every week recently shared research about eight financial planning software programs. Each person analyzed two products and then presented the findings to the group. “I would never have had the time to do all that research myself,” says Shannon Pitner, an advisor in Indialantic, Fla., with about $100 million in assets.

·      The members of Zero Alpha Group (ZAG), founded in 1995 to be a forum for like-minded advisors using index-based investments, recently hired a consultant to build a cloud-based database containing compensation among member firms and throughout the industry, as well as employee manuals and job descriptions.

·      Mark Snyder, co-founder of the Northeast Study Group which meets three times a year at the offices of Royal Alliance, heard a member talk about how she had started charging clients a fee to manage their money held elsewhere. He began doing the same thing. “It has added a significant amount of revenue to my practice,” says Snyder.

For an advisor new to study groups, however, it also can be confusing terrain. While they share some common characteristics, they use a variety of approaches, demands, structures and responsibilities. “I’ve learned over the years that there isn’t one right way of doing this,” says Lesley Brey, an advisor who heads LJ Brey, a Honolulu practice with about $40 million in assets, and has been the leader of several such groups.

The most important characteristic a successful study group has in common is that they focus on shared interest—running fee-based solo practices, for example, or targeting doctors. The reason: If the members’ businesses are too different, they won’t have a shared reference point.

For instance, seven years ago, Pitner and a fellow Raymond James colleague met at a conference and decided to start a group for solo practitioners. “As a solo advisor, there’s an overwhelming amount of information,” she says. “It’s really important for me to interact with people in my peer group. I can’t keep up with everything on my own.” The eight or so people who formed the group came from all over the country; they agreed to hold a telephone conference every Wednesday morning.

The trouble was these members all had widely different philosophies and business models. Some, for example, were traders after the latest stock pick, while others targeted financial planning, with little interest in finding the equity of the week. “Our practice focuses were too different,” she says. After a while, those members who were less interested in financial planning dropped out.

The other vital ingredient, of course, is that members trust each other enough to have an open discussion about a range of matters affecting their practices. While you can’t expect such a bond to develop immediately, it has to get there eventually. “These groups are like marriages,” says Nancy Hradsky, director of membership for the National Association of Personal Financial Advisors (NAPFA).

About ten years ago, Brey formed a group for solo fee-only planners to talk about “the grey areas” they encountered when working with clients. But they ran into a problem. It became clear a member who had been with the group for about a year was running her practice as a sideline. She approached most problems with the cut-and-dry attitude of an academic rather than someone who spent a lot of time in the trenches. “She tended to see only one right answer and she was very emphatic about it. That wasn’t useful,” says Brey. “It stifled discussion and started to erode the general level of trust.” She talked privately to several long-time members of the group and they decided the person had to go. Brey delivered the news personally.

In many other respects, however, groups vary widely. There is, for example, the matter of structure. Take the Northeast Study Group, which, despite its name, includes two advisors from outside the New York area. It meets for most of the day at the Manhattan offices of the members’ broker-dealer. From the group’s beginning almost 20 years ago, it has had a formal set of written bylaws with rules about everything from who can join to the maximum number of absences allowed. (If members miss two meetings, they need to let the group know why. The third time, the individual has to leave).

Few groups may be as professionally run as ZAG, however. Their meetings take place three times a year for three and a half days at different venues around the country. Members pay around $40,000 in dues, in addition to fees for renting hotel meeting rooms and the salary of an executive director, who runs meetings and acts as an administrator. There also is an executive committee of five that makes spending decisions (anything over $100,000 has to be decided by the larger group) and a board of directors with one outside member. “This group is a big commitment,” says co-founder Brent Brodeski of Savant Capital Management, a Rockford, Ill., firm with close to $3 billion in assets.

On the other side of the coin, however, are groups like Pitner’s. At her hour-long meeting, there are no formal rules, agendas or facilitators. Instead, the members bring up topics that are on their minds, often touching on news of the week. “The conversation is always free-flowing,” she says. “We never run out of things to talk about.” At the same time, once a year, the group meets at Raymond James corporate offices in St. Petersburg, Fla., to hear speakers and talk in more depth about issues facing their practices.

Phone or video conferencing has helped facilitate some groups. The 200-member 401(k) study group, founded three-and-a-half years ago by 401(k) planning firm RRG partners Chuck Hammond and Christopher Richardson, gathers only via a conference call four times a month. Three of those meetings involve speakers from such places as Mutual of Omaha and RetireMap HQ who talk for about 20 minutes and take questions sent via email from members.

The fourth meeting is an “open mic” day during which the 20 or so members at the meeting discuss topics that Hammond distributed ahead of time. Recent topics included social media and new CRM programs.

Other groups meet only in person, ranging from simple luncheons to three-day retreats complete with spouses and rounds of golf.

Then there’s the matter of just how much dirt members reveal to one another.  In some the information exchanged is relatively non-invasive: computer programs that aren’t working out, portfolio aggregators that complicate matters more than simplify reporting.

But in others, the mandate is to open the kimono. NAPFA, for example runs about 30 Management Information Exchange (MIX) groups, selecting and assigning members in different locations to specific groups of six or so; They meet once a month and, in their discussions, open up their books to everyone else for analysis. “You have to be willing to get naked,” says Hradsky.

Before joining any group, however, you have to make a decision: Do you want to share any information at all with potential competitors? Are you interested in providing your best insights to someone who could potentially steal your clients? That is especially true for groups in which members all work in the same geographic area.

Most members say it’s not a problem, particularly if they’re in a metropolitan area with a large client base. Synder’s group has three other advisors in the Long Island, N.Y., area, but he has no fear. “There are 7 million people on Long Island. I’ve never run into a situation where I’m competing with a member for clients,” he says. “And if the four of us are friendly competitors, what’s the big deal?”

Ultimately, while some groups last for decades, others inevitably run their course. For four years Brey attended  a MIX group with five other financial planners who met monthly via video conferencing. After the first three years, Brey started to feel they weren’t discussing anything particularly new or helpful. At an annual retreat another member admitted he too was finding the meetings to be growing stale. Eventually he learned everyone else felt the same way too, and collectively decided not to meet as frequently. “We were all on the same wave length, but didn’t want to be the ones to bring it up,” says Brey. “A lot of groups need to go through their natural lifespan.”