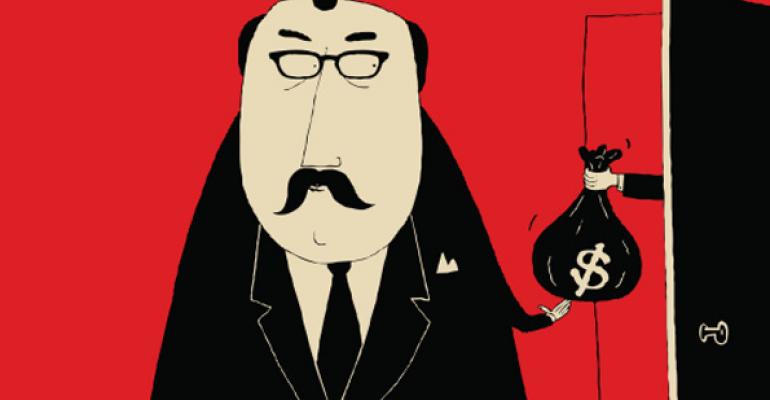 Does the revelation of fees paid to advisors from Schwab and Fidelity, while disclosed, taint the perception that the RIA model is a fiduciary one and above conflicts?

Traditionally during Cerulli’s research, the registered investment advisor (RIA) channel receives positive coverage. That’s thanks to the fiduciary responsibility they assume over their end investors’ portfolios, which has led to surging asset marketshare and client growth. However, an issue has emerged as a growing pain in this dynamic sector that must be addressed in order to avoid litigation and negative press, which is so often associated with their broker/dealer counterparts.

Jed Horowitz, a reporter from Reuters, recently revealed the existence of fund payments that were taking place at Fidelity Institutional Wealth Services and Schwab Advisor Services. These payments originated from fund companies participating in non-transaction fee platforms, such as OneSource at Schwab. Revenue of up to 25 basis points on fund assets was passed along to the RIAs.  Broker/dealers are familiar with revenue sharing payments and use their fund partners to generate profitability, albeit under a more lax duty (suitability vs. fiduciary) to their client. For example, Edward Jones disclosed $164 million in mutual fund and insurance revenue sharing payments from asset management partners during 2012. Multi-billion dollar RIAs have consolidated marketshare and are emerging as distribution partners for asset managers, resulting in interest in the monetary benefits associated with their scale.

This evolution is concerning for both service agent as well as the RIAs themselves. Speaking to a prominent securities lawyer, he mentioned the dynamic was “wrought with issues.”  In receipt of payment, the RIA must disclose the relationship, justify the services it provides to receive the payment, determine if they would still provide the same services if they were not paid, and demonstrate that it does not impact their judgment as a fiduciary. This is a difficult task to accomplish, especially when most firms attempt to avoid regulatory scrutiny at all costs. Though firms in question dismiss the idea that their objectivity has been compromised, the payments clearly raise a conflict of interest.

For the service agents, the payments indicate increased competitive pressure from high-end RIAs. Payments might have been extracted as a measure to retain clients, but their transparency may cause more firms to come knocking on their door looking for similar handouts. These payments come at the expense of their margins, and at the risk of aiding and abetting a breach of fiduciary duty. Service agents face significant competition for top-end RIAs, due to their ability to use multiple custodians, but should consider whether they want to risk the liability of pass through payments. Additionally, the payments amount to lost profitability, which could amplify when other clients demand similar arrangements.  Likewise, RIAs should consider avoiding the devil’s bargain of pass-through payments if they wish to hold themselves out to clients as conflict-free fiduciaries.