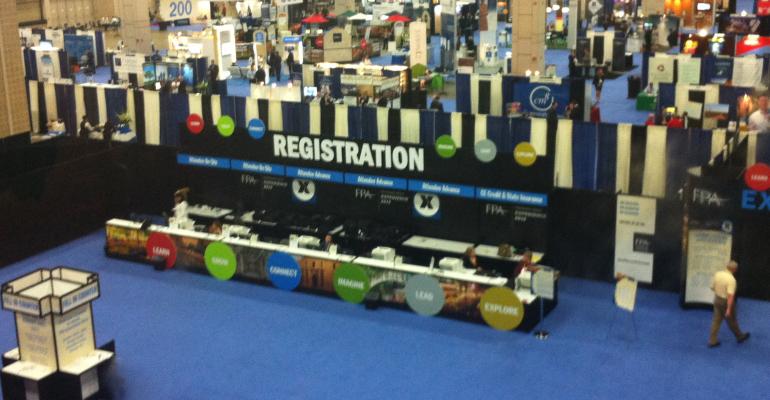 FPA Gets Political in San Antonio

FPA President Paul Auslander tells attendees at the Experience 2012 conference to stop griping and get involved in local politics.

During the opening session at the Financial Planning Association’s Experience 2012 conference in San Antonio, Texas, FPA President Paul Auslander told attendees to stop griping about our country’s economy - and to start getting involved with local government.

“Our profession can have a profound impact on the future direction of this country,” he said.

During his speech, Auslander hinted that he himself may run for local office. When asked about this in a press conference Sunday, he said he hasn’t made a decision. Coyly, he said it depends on how the upcoming presidential election turns out. “I’m fully prepared to put my money where my mouth is,” he said.

Auslander said local and state legislatures are dominated by people without financial planning backgrounds, and he believes financial planners have the ability to make a contribution.

The FPA sees itself as less of a lobbying organization than a group that simply talks directly with decision makers. Many of the regulatory issues looming over the financial planning industry have been put on hold, such as the SEC’s proposal for a uniform fiduciary standard and the controversial self-regulatory organization bill that was proposed by Congressman Spencer Bachus. Auslander believes the SEC should continue to regulate and oversee investment advisors, and said he believes the bill introduced by Congresswoman Maxine Waters (D., Calif.) would answer the funding issue. Unlike Bachus’s bill, Waters’ bill would provide funding to the SEC to boost its investment adviser oversight program, something the SEC staff initially recommended in Dodd-Frank reform.

Politics was an early theme of the opening hours of the conference. Keynote speakers included the husband and wife team of James Carville and Mary Matalin, advisors to former presidents, who answered political questions and cracked some jokes about living a bipartisan marriage. 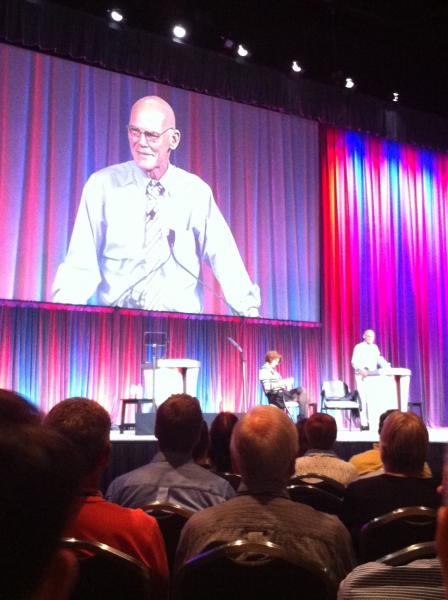 “Welcome to you Democrats,” Carville said to the crowd when he took the stage. “All two of you.”

Matalin said the perception is that president Barack Obama is surging, while Mitt Romney’s is done. But that’s just a perception, and no one can make a prediction about who will come out the winner. Obama’s ahead, she said, but not surging. Right now, the polls are showing no growth in support for Obama’s policies; views have stayed stagnant. Soft voters, which make up about 25 percent, still don’t know enough about Romney to make a decision, she added.

Carville, a Democrat, said the heat is now on Romney, and now is the time for him to change the minds of undecided voters. To do that, he cannot argue about what has happened in the past. He has to pay less attention to Obama and more attention to the future. Romney has to go into the debates and make it about the problem and who best can solve the problem.

During the conference, FPA announced several new initiatives to help members, including a new web conferencing platform powered by Any Meeting, a new e-marketing tool powered by Liberty Publishing, and a tool to help advisors connect in succession planning, powered by RIA Match.

The group also announced several leadership changes, including the retirement of Executive Director Marvin Tuttle, who will pass the torch to Lauren Schadle. The FPA Board also elected Janet Stanzak as its 2013 president-elect, who will follow next year’s 2013 president, Michael Branham.