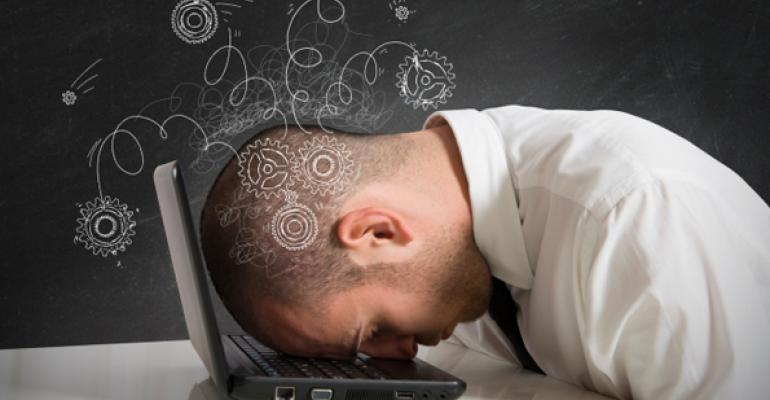 Fewer advisors are pursuing or holding designations this year, according to WealthManagement.com’s 2013 AdvisorBenchmarking RIA Trend Report. Percentages declined for all Series licenses, except the Series 6, with the Series 65 garnering attention from more than half of respondents. The survey of 381 registered investment advisors also found that the number of advisors pursuing the CFP was down to 36 percent in 2013, compared to 43 percent in 2011. The number of those seeking their CFA charter also declined to 11 percent this year from 16 percent in 2011. Why is this happening? It might be that the RIA business is maturing, and that advisors’ firms are becoming the brand, rather than the individuals, said Tim Welsh, president and CEO of Nexus Strategy in Larkspur, Calif. “The firms that are already here and stable and credible, they don’t need those [designations] anymore,” Welsh said. “Joe Smith definitely needed a CFP or a CFA behind his name to provide credibility. But now if it’s just Sam Hill Capital Management, and Joe Smith works there, people will already buy into the brand of the parent company or the business entity versus the person.” 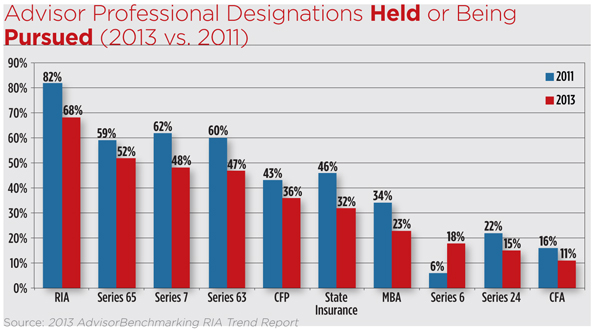