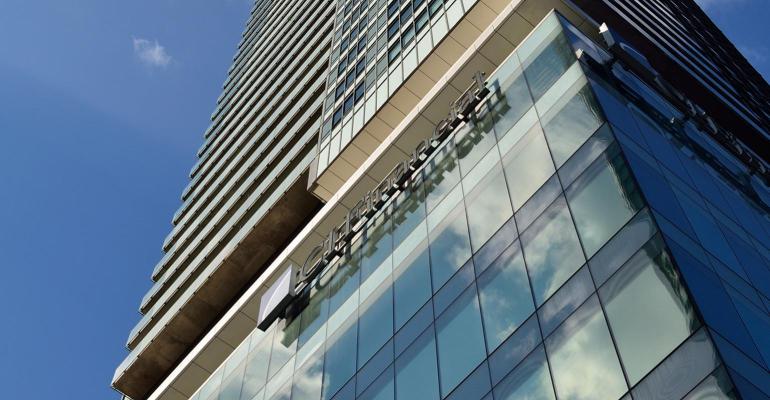 At the moment, the market isn’t buying what CEO Kurt MacAlpine is selling.

The directors of CI Financial Corp. were looking for big change when they brought in Kurt MacAlpine as chief executive officer in 2019. They got it, and now one of Canada’s largest independent asset managers is a little less Canadian, and a lot less valuable.

MacAlpine’s overhaul has included about 30 debt-fueled acquisitions, a New York Stock Exchange listing, a new US headquarters in Miami and a major restructuring of the company’s Canadian fund-management arm. The next step is an initial public offering of as much as 20% of its US wealth management business.

The heart of the strategy is an aggressive move into managing money for American millionaires via a network of registered investment advisory firms. Toronto-based CI has bought more than two dozen such private firms in markets including New York, Chicago, Atlanta, Dallas and Seattle, quickly amassing $115 billion in assets. Meanwhile, CI’s most profitable business, Canadian asset management, has seen a wave of departures -- including a recent exodus of 13 portfolio managers, traders and analysts to the Bank of Montreal.

At the moment, the market isn’t buying what MacAlpine is selling. CI shares have lost almost half their value this year and underperformed other asset managers by a wide margin since the new CEO’s arrival three years ago. In April, S&P Global Ratings cut the firm’s grade to just above junk, citing the heavier debt load.

MacAlpine, 41, says investors’ negative reactions aren’t justified. In February he told analysts CI’s stock price was “criminally undervalued”; it has dropped 34% since then.

“Our stock price is down, but the business performance is there,” MacAlpine said in an interview at CI’s Toronto headquarters, in the city’s downtown financial district. The benefits of the US strategy “absolutely” aren’t reflected in the company’s low valuation, “which is why we’re doing the IPO.”

The CEO is a resident of Miami, according to company filings, where CI plans to take up about 40,000 square feet of space in an office tower that’s under construction. He said he spends about half his time in Toronto and does staff town halls every quarter.

While Canada still generates most of CI’s cash, there’s no denying the US is where the company had made its biggest bet. The firm has allocated well over C$1.5 billion ($1.2 billion) over the past two years to that segment, according to Edward Jones analyst Jim Shanahan.

“Senior management is extremely focused on growing the US wealth management,” Shanahan said in an interview. “It’s critically important that they don’t forget about the asset management business in Canada.”

A former McKinsey consultant and executive at WisdomTree Asset Management Inc., MacAlpine landed the job three years ago with a pitch to shake CI out of a slump.

During the 1990s and early 2000s, the company grew by rolling up other Canadian mutual fund and wealth managers, but that strategy played itself out. CI was increasingly getting squeezed by the explosive growth of lower-cost products -- including exchange-traded funds -- and the growing dominance of the country’s big banks in selling investment products.

MacAlpine thought CI should look elsewhere, starting with the US, where a stock market boom driven by low interest rates has fueled a surge in individual and family wealth, creating demand for sophisticated advice.

At the same time, he proposed a revolution in how the firm’s Canadian fund business was managed.

Well-known brand names such as Signature Funds, Sentry and Cambridge remained, years after CI acquired them. MacAlpine stripped them away and folded the teams under one roof with the name CI Global Asset Management. Then the firm hired Marc-Andre Lewis, formerly of the Abu Dhabi Investment Authority, to be head of investment management.

“We went from boutiques to one integrated global brand, from individuals running money to teams collaborating together,” MacAlpine said. “All of our portfolio managers are one team instead of competing against one another.”

The new regime has seen the departure of high-profile investment talent. Eric Bushell, chief investment officer of the C$55 billion Signature Funds line, retired at the age of 52, alongside portfolio manager Robert Lyon. The moves sent up a red flag at CI client Sun Life Financial, which put a large fund “on watch” last year because of the changes.

A slew of others have also exited. Small-cap managers Jordan McNamee and Greg Dean went off to start their own firms. Malcolm White, a technology investor who’d been at CI for more than two decades, was part of the group that defected to Bank of Montreal, alongside a dozen others.

The new structure aimed to streamline activities like trading and research and produce better teamwork. Turmoil grew as a number of senior executives exited, and investment staff were initially left frustrated over unclear lines of authority and compensation plans, according to people familiar with the matter.

MacAlpine, after setting the single-brand plan in motion, was not easily accessible to iron out problems in Toronto, said the people, who requested anonymity in order to speak freely about internal matters. CI had shifted its focus south.

“We had 10 people who thought they were the leaders. All of them ran, essentially, their own firms within our firm,” CI Chairman Bill Holland responded in an interview. It no longer made sense to have such duplication and difficult change was needed, according to Holland, and departures and unhappy employees are simply the cost of that.

Culture clashes are not uncommon in investment firms, and for MacAlpine the challenges may have been compounded by the Covid-19 pandemic, which drove staff away from the office and made travel difficult.

Having completed a frenzy of US deals, CI is now slowing the pace of acquisitions. The focus has turned to proving it was worth the money and the risk.

MacAlpine said he “feels great” about the quality of the businesses CI bought and the prices it paid. Others say that in making so many deals in 2020 and 2021, CI bought when prices were frothy.

“They often paid well in excess of other acquirers in an effort to roll up and pursue an immediate IPO,” said Brian Hamburger, CEO of MarketCounsel, a consulting firm for independent investment advisers. “I don’t see how they’re going to align the financial advisers they acquired to add value to their business.”

MacAlpine’s response is that the company is doing the spadework to pull together the RIA firms, getting them to share ideas and resources as well as negotiating better deals with vendors. To make collaboration easier, CI has formed a partnership within the public company: 180 individuals from the RIAs maintain a stake in CI’s US wealth business.

CI’s assessment that floating 20% of its US Wealth Management segment should bring the unit more in-line with those of US peers is reasonable, though we believe the business could trade toward the bottom end initially.

CI will disclose more information about how it all works when it files for the IPO, which may give the unit a valuation of about $600 million, according to Shanahan’s estimates.

MacAlpine and Holland’s calculation is that a public listing will make it easier for investors to see the true value of the US division and lift the parent company’s valuation from depressed levels. CI shares trade at less than five times this year’s projected earnings, according to data compiled by Bloomberg.

Holland, who’s one of the largest shareholders and keeps buying more stock, is unbowed in backing his CEO. “I think it’s the single best decision we made, to go down this route three years ago,” he said. “And I’ve been here 34 years.”