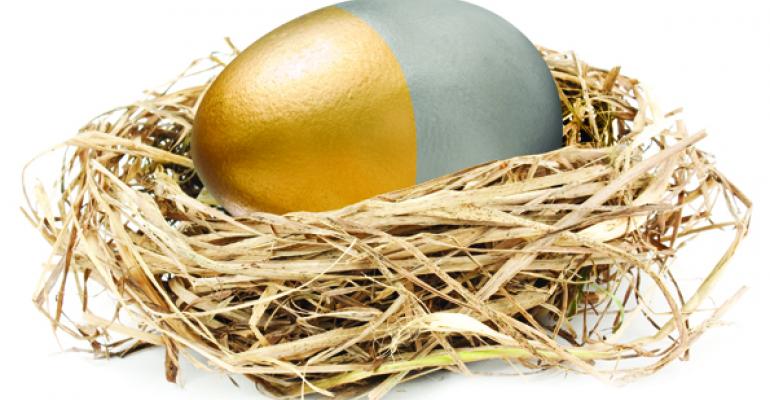 Recent hybrid offerings by Empower Retirement and Fidelity Investments could set a trend.

Managed accounts continue to have a niche role in defined contribution plans. Jason Shapiro, senior investment consultant with Willis Towers Watson in New York City, says his firm’s most recent survey of its investment clients found over 40 percent offered a managed account option on their platform. That number that has grown over time, but the percentage of participants using managed accounts has remained in mid- to high-single digits.

Empower and Fidelity’s timing could be propitious, but managed accounts still face hurdles. The accounts’ additional fees, often in the 50 annual basis points range, have been a standard objection. Historically, there haven’t been many forces to push those fees lower, says Shapiro. Record keepers have viewed managed accounts as a service they needed to remain competitive and often offered just one managed option.

That approach is changing, Shapiro maintains. Sponsors’ concern with justifying plan fees is causing them to pay more attention to overall managed account fees and their components. Competition among managed account providers is also increasing. When sponsors undertake a selection process as they do for other plan options and evaluate multiple vendors, “that does tend to have a substantial impact on pricing,” he notes. “You could see discounts anywhere (from) 10 to 15 basis points off standard pricing, which is certainly material in those types of decisions.” Lower fees could lead to increased adoption by sponsors and participants.

Another challenge has been that numerous participants fail to derive managed accounts’ full benefits. Shapiro says that Willis Tower Watson’s research shows “that a significant amount, upward of half the participants that are enrolled in managed accounts, aren’t fully engaging.”

That disinterested attitude is understandable, particularly if the participant has experience with a target date fund. Those funds’ growing use of auto-features means that participants’ engagements often don’t go much beyond staying on the job and accepting plan defaults. Conversely, managed accounts’ customization and value increase as participants provide more details on their finances and investments.

A positive development is that more participant information is flowing automatically. Shapiro notes that 10 years ago it was likely the only shared data were participants’ salaries and balance information. Now the data can include contribution rates, brokerage account information if that plan option is being used, plus defined benefit plan details if that account is on the same record keeping platform. He believes that additional information-sharing is a good start: “If people are going to engage, we’d like to see more information get fed through automatically so that, at least, there’s some level of customization. That said, the participants have signed on to receive professional management and they’re paying that layered management fee, (so) we’d really like to see high levels of engagement.”

Ideally, participants would provide additional information on their financial goals and assets held outside the plan. But Holly Verdeyen, senior director, defined contribution investing with Russell Investments in Chicago, believes that asking participants to complete lengthy questionnaires, track down and list other assets and assess their risk tolerance can backfire. “These are things that defaulted participants have not signed up for,” she says. “They’ve kind of explicitly said, thanks, I’ll pass.”

Verdeyen remains positive on the outlook for hybrids, particularly when participant demographics form a “barbell” with concentrations of younger and older workers. She also cites research showing that managed accounts produce better investment results for all participants and allow for better-constructed glide paths.

If hybrid accounts combining target date funds and managed accounts gain acceptance, more people will benefit from the solution but at the same time the number of unengaged participants will likely increase, says Shapiro. Nonetheless, he’s cautiously optimistic in light of the recent market developments: “I think costs will continue to be a concern, engagement will continue to be a concern, but it’s certainly a step in the right direction.”