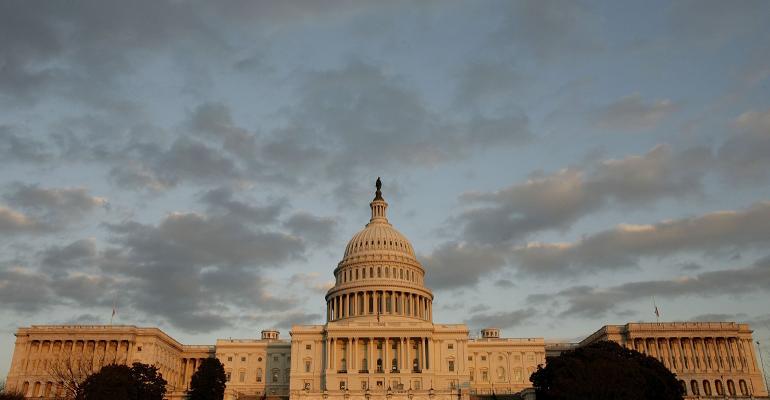 Why Doesn’t Your Company Want You to Put More in Your 401(k)?

(Bloomberg) -- A decade ago, the U.S. Congress said companies could tweak retirement plans to get a lot more workers to save. The 2006 Pension Protection Act made clear that employers were allowed to automatically sign up employees for a 401(k), and automatically increase their contribution percentage year after year. Employees could still change their plan or opt out, but most weren’t expected to bother.

At first, companies were enthusiastic. Employers switched to automatic plans in droves. By sparing workers extra paperwork—and making the investment decisions they didn’t feel qualified to make—auto-enrollment could boost 401(k) participation rates as high as 95 percent. Auto-escalation could nudge workers to take full advantage of an employer's match and save the 10 percent or more of salaries they generally need to retire comfortably.

Ten years later, that momentum has completely stalled. According to the latest survey by the Society for Human Resource Management of its HR professional members, fewer than 40 percent of employers offer auto-enrollment for new employees and almost 20 percent offer auto-escalation–numbers that actually fell slightly in the past few years. (This isn't to be confused with reenrollment, in which employers automatically change the investment mix. Employers can also auto-enroll existing employees, something 21 percent do.)

While they don’t fully replace traditional pensions, which have disappeared from most American workforces, they do give millions of people some needed extra money in retirement. If every employer auto-enrolled workers, retirement incomes would rise 5 percent overall and 10 percent for the poorest 25 percent of Americans, the U.S. Government Accountability Office estimated in May. If workers were nudged to take full advantage of their employers’ matching contributions, retirement incomes would go up 13 percent overall and 31 percent for the poorest Americans.

What’s gone wrong? Retirement experts, including organizations that represent employers and 401(k) plan providers, still enthusiastically endorse automatic 401(k) features. The problem is that companies remain skeptical. The top reason, according to organizations that talk to these holdout employers, is concern about extra cost.

By getting more workers to increase contributions to their 401(k), you potentially raise the amount you’ll need to pitch in as a matching contribution. If you match the first 3 percent that workers put in, for example, and you get another fifth of your workforce to meet that threshold, then auto-enrollment can look like an expensive decision.

But auto-enrollment rarely costs as much as employers fear, says Tony Verheyen, executive director of the Plan Sponsor Council of America, a group representing more than 1,000 employers. Companies underestimate how much other costs will fall as their retirement contributions go up. For example, employers will lower their payroll taxes, and sometimes workers' compensation expenses, by diverting more of their salaries into pretax retirement accounts. They also forget how much adjusting the match formula can reduce the financial hit, he says. Instead of matching the first 3 percent of salary, dollar for dollar, for example, employers can stretch out their contributions. “There are a lot of plan-design decisions you can make that will minimize the costs,” Verheyen says.Other employers just don’t like the idea of changing a 401(k) automatically, fearing resistance from their workers. Generally, though, employees appreciate the help. According to a survey released last month by the Transamerica Center for Retirement Studies, 71 percent of workers find auto-enrollment “appealing,” and 67 percent like the idea of auto-escalation.

“Employers don’t get nearly the pushback on this stuff that they think they will,” says Nevin Adams, chief content officer of the American Retirement Association, a group for professionals who work with retirement plans. “Employees don’t complain. Employers have been kind of paranoid about this.”

A better retirement plan also offers long-term benefits that are hard to quantify, Adams says. Workers who aren’t prepared for retirement are going to be more stressed and they’re going to end up working longer than they—and thus, often, their employers—would prefer.

Experts and organizations continue to push employers to reconsider automatic retirement features. The Defined Contribution Institutional Investment Association, which represents the 401(k) industry, this month released a report touting the benefits for employers of auto-features. They're a "true win-win opportunity for plan sponsors,” says Lew Minsky, the group’s chief executive officer. He’s optimistic that his arguments will work. “Plan-design trends tend to come in waves, and we are well positioned for another wave,” he says.

Several states, including California, are already poised to require employers to automatically sign up workers for state-sponsored plans. Eventually, employers may be forced to ride this wave—by the federal government or state lawmakers—whether they like it or not.