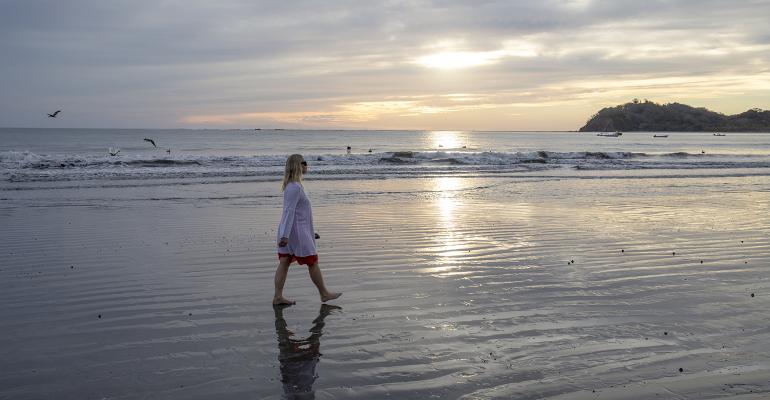 A Wave of Early Retirement Is on the Horizon

The pandemic will scramble retirement timelines for millions of Americans.

Few decisions will impact your clients’ financial plan as much as when they retire.

Every additional year of work past age 62 produces income that can facilitate a delayed filing for Social Security. Each of those years can translate to more saving and investing—and fewer years living on those savings. They may also provide more years of employer-subsidized health insurance and lower lifetime health care expenses.

Most people think of age 65 as the traditional point for hanging it up, but actual retirement ages are all over the map, judging by Social Security claiming data. In 2018, 35% of the people who claimed benefits were 62; 25% were full retirement age (66); just 13% claimed at age 67 or later. More affluent people—who are less likely to work in physically demanding occupations—are more likely to work well past that age.

Public opinion polls show that people expect to work longer in response to the recession—a recent survey by TD Ameritrade found that 37% of baby boomers and 39% of Gen Xers said they had delayed retirement or were considering doing so in response to the pandemic.

But whether they’ll be able to pull that off is another matter entirely. Even before the pandemic, numerous research studies found that roughly half of workers retired earlier than planned due to ill health, family responsibilities or job loss. All of those factors will be on steroids for the foreseeable future as the nation struggles to get the coronavirus under control and dig out from a severe economic slump.

Against that backdrop, it’s easy to see that the pandemic will scramble retirement timelines for millions of Americans. The economic uncertainty adds new elements of risk just as great as the risk your near-retirement clients face in the stock market—perhaps greater.

Guidance from the Centers for Disease Control and Prevention states that adults over 65 are at higher risk of severe illness from the coronavirus than others. That complicates the prospect of a return to the workplace.

Evidence already is surfacing that the pandemic is producing a wave of early retirements. A report published recently by three economists found that among people who had left the labor force through early April, 60% said they were retired, up from 53% in January, before the pandemic. The largest increase was among people over 65, but nearly half of this group were 50 to 65.

Data from the Bureau of Labor Statistics shows that the highest jobless rates for workers over age 55 are in leisure and hospitality; transportation; education; and wholesale trade. Older professional services and health care workers also are experiencing very high jobless rates. So far, finance, government and information are doing better.

I’m especially concerned about small businesses. The New York Times reported recently on a wave of small business closures that began in March, and many experts think that’s just a start. A poll of consultants to workplace plans earlier this year by the National Association of Plan Advisors concluded that over 200,000 small-business plans are at risk of termination from the pandemic.

If you have clients who already have lost jobs, this is a good time to revisit earlier strategies.

The question on the table will be: Where do I find income to live on now? This should lead to a conversation about the interplay of Social Security and retirement savings.

Conventional pre-pandemic wisdom was to delay filing as long as possible to boost annual income. To review the bidding, filing at full retirement age (FRA) gets you 100% of your earned benefit; filing earlier than that age will reduce benefits as much as 6.7% annually, depending on when you claim. For example, filing at 62 would yield only 72% of the full benefit. Filing after FRA yields an 8% boost for every 12 months of delay up to age 70.

That’s a strong argument for delay—especially considering the possible tax efficiencies associated with drawing down tax-deferred savings in the early years of retirement when tax brackets are lower. The argument is even stronger considering the current low brackets under the Tax Cuts and Jobs Act, which expire in 2025.

But pandemic risk could give some clients reason to file earlier than later if their savings are modest and might be needed for emergency purposes—either for themselves or family members who may also face job loss and economic stress in the next few years.

The current outlook also should be an opportunity to revisit other aspects of client plans, including.