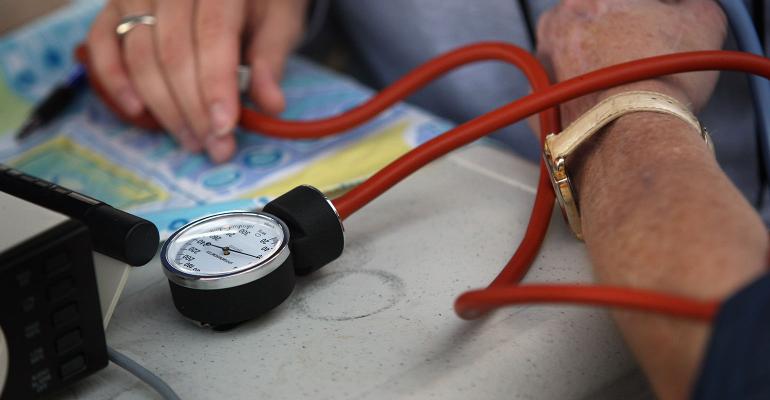 Washington Is Making It Tougher to Retire

Two votes in Congress this week could make it harder to save for retirement and increase the cost of healthcare.

(Bloomberg) --Americans face two big problems as they get older: a shortage of retirement savings and the skyrocketing cost of health care. Both may be about to get worse after two narrow votes in Congress this week.

On Wednesday, the Senate voted 50 to 49 to undo a regulation, finalized under President Barack Obama, that makes it easier for states to launch retirement savings programs. On Thursday, the House of Representatives voted 217 to 213 to approve the American Health Care Act, or AHCA.

The AARP, the nonprofit organization that advocates for Americans 50 and over, lobbied intensely against both measures and urged its 38 million members to contact their representatives about the health care bill, which AARP says imposes an "age tax" on older Americans.

The House's Republican leaders say the Affordable Care Act, also known as Obamacare, is in danger of collapse and needs to be repealed and replaced. Premiums have risen sharply under Obamacare, among other criticisms.

"We have the opportunity to show that we’ve got the resolve to tackle the big challenges in this country before they tackle us," House Speaker Paul Ryan, a Wisconsin Republican, said, speaking minutes before the vote. The bill is a chance "to stop the drift of arrogant big government policies in our lives and to begin a new era of reform based on liberty and self-determination."

The bill, which faces a rough ride in the Senate and could change substantially, is expected to lower health insurance premiums for many younger Americans, according to the nonpartisan Congressional Budget Office, which analyzed earlier versions of the legislation. The CBO hasn't had time to analyze the final version of the bill, which allows states to opt out of Obamacare rules protecting people with pre-existing conditions. That could end up raising many young people's costs substantially if they've had health issues and live in certain states.

Most older Americans would see costs jump under the AHCA, which allows insurers to charge older customers five times as much as younger ones, compared to three times currently. The bill also changes subsidies on Obamacare marketplaces, from a sliding scale to a flat credit based on age. Excluding subsidies, the CBO calculated that the annual premium for a 64-year-old would rise to $19,500 under the AHCA, from $15,300 under current law, by 2026. After subsidies, a 64-year-old who earns $26,500 annually would pay $14,600 in premiums under the AHCA in 2026, up from $1,700 under Obamacare.

Many older people would simply go without insurance. The CBO projected that under the AHCA, 24 million fewer Americans would be insured by 2026.

At 65, Americans can qualify for Medicare. While that program is mostly untouched by the legislation, the AARP complains that the bill undermines Medicare's already shaky funding. It repeals an additional 0.9 percent payroll tax on high-income workers and a tax on investment income for wealthy Americans, costing the U.S. Treasury $299 billion over the next decade.

Millions of Medicare recipients also rely on Medicaid, the health insurance program for the poor, when they need nursing home care or other services. The AHCA would make Medicaid much less generous by taking an $839 billion bite out of its funding over the next 10 years, the CBO said.

"The bill will put an 'age tax' on us as we age, harming millions of American families with health insurance, forcing many to lose coverage or pay thousands of dollars more for health care," the AARP said in a statement after Thursday's vote. "In addition, the bill now puts at risk the 25 million older adults with pre-existing conditions, such as cancer and diabetes, who would likely find health care unaffordable or unavailable to them."

The result is that Americans will need to save more for retirement to cover their health care bills. That will be a challenge. As defined-benefit pension plans disappear, 401(k)-style, defined-contribution plans still cover a minority of the population. The latest data from the U.S. Census Bureau suggest that only one in three workers are saving in a 401(k) or similar plan. Two in five U.S. workers say they aren't confident they will have enough money for a comfortable retirement, according to the Employee Benefit Research Institute's 2017 retirement confidence survey.

One possible solution: Get more Americans saving at work. That's the goal of new retirement programs in California, Illinois, Maryland, Connecticut, and Maryland. The states plan to require employers either to offer their own retirement plans or automatically sign workers up for a state-run retirement account.

On Wednesday, the Senate acted against these "Secure Choice" retirement plans and discouraged other states from joining them. Following in the footsteps of the House, it voted to block an Obama regulation that made it clear that states have the authority to set up the plans. The measure now heads to President Donald Trump, who has signed all other regulatory rollbacks approved by Congress this year.

"What the [state retirement plans] really add up to is more government at the expense of the private sector and American workers," Senate Majority Leader Mitch McConnell, a Republican from Kentucky, said Wednesday. "They would provide government-run retirement plans with a competitive advantage over private-sector workplace plans."

Democrats accused Republicans of doing the bidding of the financial industry. "Some of my colleagues are listening to Wall Street lobbyists who want less competition and want to take away retirement savings options from hard-working Americans," said Senator Tammy Duckworth, an Illinois Democrat.

States have said they'll proceed without the federal government's blessing. However, a legal fight is now more likely over whether the plans comply with federal retirement laws.

There are less-controversial proposals for getting Americans to save more for retirement, such as allowing small businesses to join forces to set up 401(k) plans. But such ideas, and Americans' growing need for retirement money, don't guarantee Congress will act.

"There are so many other legislative priorities on the agenda that it's hard for retirement security to get any air space, as pressing a concern as it is," said Shai Akabas, director of fiscal policy at the Bipartisan Policy Center.