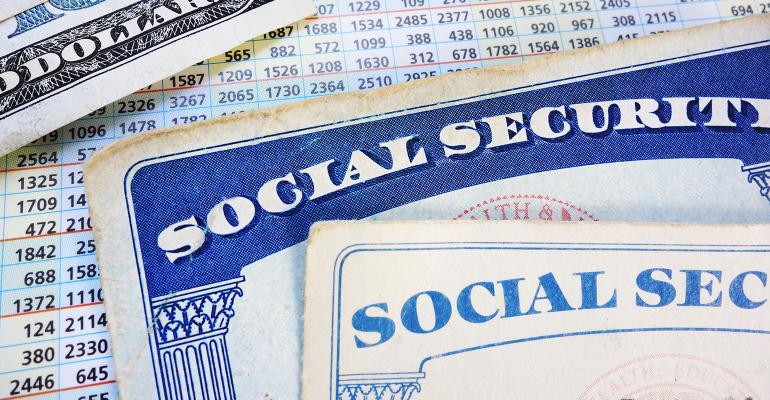 What really influences your clients’ decisions?

The pandemic-induced recession may prompt more people to claim Social Security early if they are forced to retire sooner than expected. But what else influences your clients’ claiming decisions?

A new study by the Bipartisan Policy Center (BPC) examines the broader environment in which claiming decisions are made—and it finds that better information, descriptive language and policy incentives could all nudge people toward making more optimal Social Security strategies.

To review the bidding: Under the current system, filing at the earliest age, 62, gets you 75% of your annual full benefit; every 12 months of delay past your full retirement age (currently around 66, depending on your year of birth) gets you an additional 8 percentage points until you turn 70.

Most people claim before full retirement age—although before the pandemic, claiming ages had been moving up a bit. In 2018, 35% of the people who claimed benefits were 62; 25% were full retirement age (66); just 13% claimed at age 67 or later. More-affluent people—who are less likely to work in physically demanding occupations—are more likely to work well past that age.

The modest improvements are due in part to the rising retirement age, according to Shai Akabas, director of economic policy at BPC and a co-author of the study. “But we still see the most common age that people are claiming at 62 and a significant majority continue to claim before their full retirement age,” he adds.

The study moves beyond the question of the total amount of benefit a claimant will receive from Social Security and issues such as the “break-even” point. Those approaches tend to push people toward earlier claims, research has found, because it frames later claiming as a gamble on living longer than average. Most people have trouble imagining themselves living longer-than-average lives, especially when they are younger.

Rather, BPC considered a range of holistic questions claimants should consider:

“A lot of people end up claiming early either because it seems like they don't have the right information—they don't have full information about what is admittedly a very complicated program,” Akabas says. “There isn’t a comprehensive thought process for something that is such an important decision point in their financial lives.”

One of BPC’s key recommendations is to restore mailing of the annual Social Security statement.

The Social Security Administration (SSA) has been mailing annual statements to workers in various age groups since the mid-1990s. The statements provide projections of benefits at various claiming ages, along with reminders on the availability of disability benefits and Medicare enrollment information.

The mailings were reduced sharply in recent years to cut costs; the SSA currently sends paper statements to only about 15 million workers annually, who are age 60 and older, have not yet claimed benefits and have not opened an online account. The agency has campaigned to get workers to sign up for online accounts, where statements can be downloaded at any time, but this option has only partially covered the gap.

In 2010, 155 million statements were mailed, but by this July, 51.5 million accounts had been established, and 28 million of those account holders had viewed their online statement since October 2018, according to an agency spokesperson.

Research has shown the statement to be effective in producing more optimal outcomes and nudging people to work longer at relatively low cost.

“There is an expense,” Akabas says. “But if it costs $20 or $30 over someone’s lifetime for the Social Security Administration to send a benefit statement each year, we’re all better off for making that investment upfront.”

Bipartisan legislation was introduced in both chambers of Congress last year that would require the SSA to restore statement mailings.

The BPC study also calls for improvement in online tools at the SSA website to help with decision-making analysis, and better training for agency personnel to help them guide claimants toward optimal decisions.

All of these recommendations would require dealing with another problem—the chronic underfunding of the SSA by Congress. Since 2018, Congress has cut the agency’s operating budget by 10% in inflation-adjusted terms.

The cuts have forced SSA to close 125 field offices since 2000, and long delays are common on the agency’s toll-free lines and for other services. (Currently, the entire national network of field offices is closed for most business due to the pandemic, with most business conducted via the internet, phone or mail.)

From 2010 to 2018, Congress reduced the agency’s operating budget 9% in inflation-adjusted terms; at the same time, the number of beneficiaries rose 17%, according to agency data.