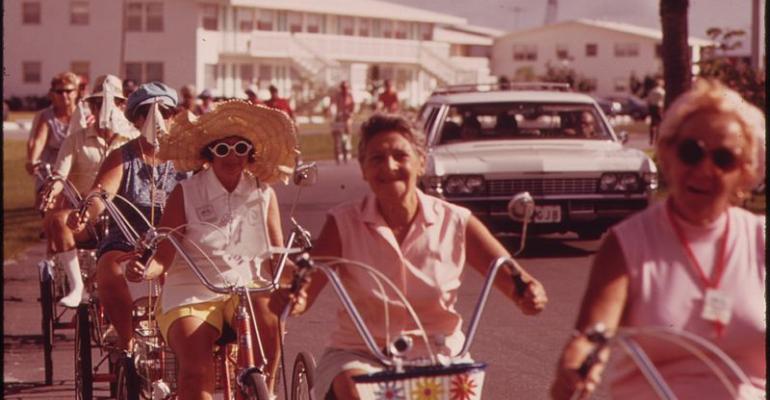 The consequences of living longer and a fragile social security system on real world retirement plans are more significant than you think.

Here are two comments I hear so often from pundits and financial planners that they have become truisms:

"People should discount the value of their projected Social Security benefits, because the program is unlikely to pay full benefits in the future."

"We're all living longer, so we should raise the retirement age.”

These statements are tossed around so often – and so casually – that I decided to look at how they would impact real world retirement plans, should they come to pass. Both would have serious implications for your clients' retirement plans. Let's consider each in turn.

My own view is that this will not occur. Far more likely, Washington will come up with a reform package that allows Social Security to pay all of its promised benefits through a combination of benefit cuts and tax hikes.

Or, if the Trust Fund really does run dry, Congress could opt to continue paying full benefits, funding the gap through borrowing. Interestingly, that is the current assumption of both the Congressional Budget Office and Social Security's trustees. For more on this, see an article about Social Security's financial future written by Stephen C. Goss, Social Security's highly-regarded chief actuary.

But what if benefits really were slashed 25 percent in 2033? For a majority of Americans, it would be devastating. A third of today's seniors rely on Social Security for almost all (90 percent or more) of their income, according to the National Academy of Social Insurance (NASI); two-thirds count on it for more than half of their income. And the numbers are higher still for single retired women (widowed, divorced or never married).

How about the wealthier households that retirement planners serve? How much sooner would they exhaust their personal savings if Social Security benefits were slashed 25 percent in 2033? Looking for answers, I asked a certified financial planner to run the numbers on hypothetical upper-middle class and affluent households, based on her real-world experience with clients.

Sharon Lacy, a CFP with Bedrock Capital Management in Los Altos, California, created  scenarios for two households – one middle class, and another more affluent couple, retiring in 2027 and 2037. The middle class couple each retires with a Social Security benefit of $1,230 – the national average. The affluent household retires with the maximum benefit of $2,513. Husbands die first in all scenarios at age 85, with spouses surviving to age 90.

Just to keep it simple, everyone retires at age 67 – the full retirement age for their age groups. We also made the optimistic assumption that these couples were terrific retirement savers and accumulated better-than-average portfolios by the time they retired.

We inflated everythingat a 3.7 percent annual rate, and allowed portfolios in the retirement years to at a real rate of 1.6 percent.

The results are ugly, because Social Security provides a guaranteed income stream that outlasts savings – even for more affluent households. A sharp cut in benefits in the out years of retirement sharply curtails the spending power of our hypothetical couples, and leaves them without a safety net in the event of an emergency expense or long-term care needs (see chart below).

“Many people would have a difficult time meeting their expenses if this ever did come to pass,” says Lacy. “And, personally, as someone closer to the upper middle income range, I was really unhappy to see how little money people would have in the later years of life.”

The impact of higher retirement ages is more difficult to calculate for our hypothetical couples, since the timing and extent of an increase isn't known.

The full retirement age already is rising slowly from 65 to 67 under reforms enacted in 1983, and some reform plans have called for a further increase. For example, the Simpson-Bowles deficit reduction report would lift the age gradually to 69.

The 1983 changes will cut benefits by about 13 percent for Americans currently in their early 50s, according to NASI. A higher retirement age results in a substantial across-the-board benefit cut--no matter when your clients retire, because it raises the bar on how long they would need to wait to receive a full benefit under Social Security's retirement timing formula.

What changes to Social Security can we expect in the future? It's anyone's guess, really – and conservative planners may well want to discount future benefits to be on the safe side. But we should be careful about tossing out the truisms. The consequences for retirement plans are real – and frightening. 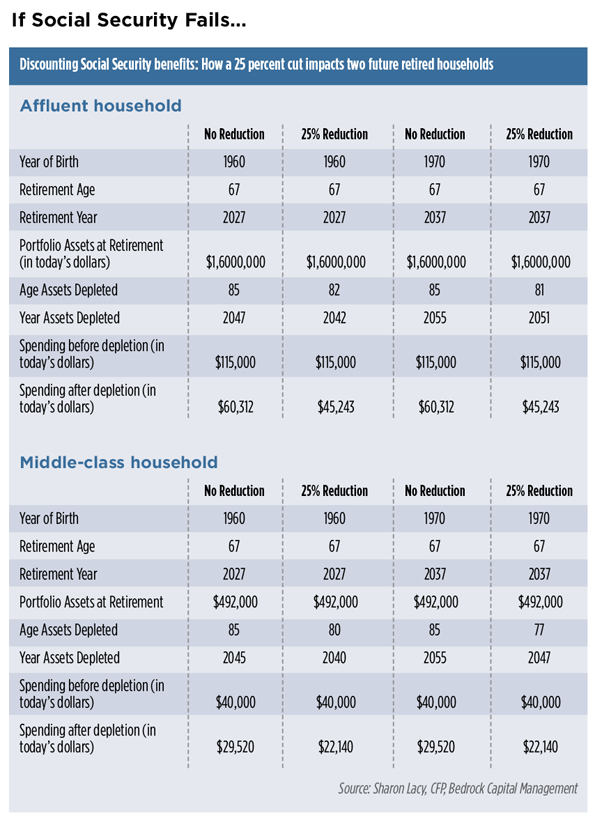