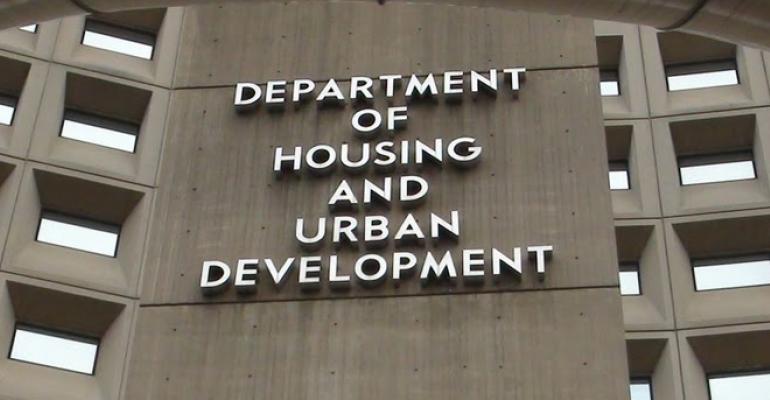 A Step Back for Reverse Mortgages

Most financial planners aren’t very keen on reverse mortgages because their affluent clients have better options for funding retirement than taking on debt. But now, a federal government restructuring of its reverse mortgage program may make them even less appealing for planners.

New rules from the U.S. Department of Housing and Urban Development (HUD) that took effect in October reduce the size of some reverse loans, boost fees, and make drawdowns less flexible. The changes are aimed at making reverse mortgages safer, and encourage their use as a long-term financial-planning tool—rather than as a disaster-recovery tool.

But the industry faces an uphill climb convincing planners to recommend them more often. Rand Corporation research shows that only 2 percent of older homeowners have a reverse loan; another 10 percent have considered them. Among those two groups, just 6 percent say an advisor recommended the idea.

“There’s been a slow but growing acknowledgement that planners need to pay more attention to reverse mortgages,” says Michael Kitces, partner and director of research for Maryland-based Pinnacle Advisory Group. “But I think they’ll be less attractive as a planning tool after these reforms.”

The most popular loan type is the home equity conversion mortgage (HECM), which is administered, insured, and regulated by HUD. HECMs are different than traditional home equity lines of credit in that repayment of a reverse mortgage typically isn't due until the homeowner sells the property or dies.

Homeowners age 62 or older can qualify for HECMs if they have sufficient equity in their property. The loan amounts are determined by a formula that takes into account a percentage of the home's value, the homeowner’s age, and prevailing interest rates.

HECMs don't have to be paid back until the homeowner moves out or passes away. But defaults are possible because the loan terms require homeowners to continue paying property taxes, hazard insurance, and any required maintenance on the property.

The changes to the HECM program followed congressional action taken over the summer to address the problem of rising loan defaults, which pose risk for the Federal Housing Administration insurance fund, which backstops the loans.

Here are the key changes:

Higher fees. The mortgage insurance premium for larger loans (more than 60 percent of the available principal drawn in the first year) is now 2.5 percent of a home's appraised value, up from 2 percent. For loans below the 60 percent threshold, the fee is 0.5 percent, up from 0.01 percent. The fees were increased to shore up reserves of the FHA Mutual Mortgage Insurance Fund, which is used to repay lenders when they can't recover the full amount at the loan's termination.

Smaller loans and drawdown limits. Limits on the size of larger loans have been reduced by about 15 percent, and borrowers won't be able to gain access to more than 60 percent of the total loan in the first 12 months. This change is aimed at discouraging large drawdowns that can leave borrowers strapped if proceeds are used up and other income sources are exhausted.

Risk assessments. Starting in January, borrowers will be required to undergo a financial assessment to make sure they have the capacity to meet their obligations and terms of the HECM. Although the loans have no payments, borrowers must keep their homeowners insurance and property taxes current. Lenders will be required to assess a borrower's income sources, including income from work, Social Security, pensions, and retirement accounts. Borrowers' credit histories also will be considered.

Riskier borrowers can be denied, or required to make a "set aside" fund out of loan proceeds to pay future property taxes, hazard insurance, and even flood insurance in areas the federal government identifies as flood zones. The amount of money set aside could reduce loan proceeds substantially, because it will be based on the borrower's life expectancy.

HECMs are best used as reserve backup funds, similar to a home equity line of credit. That's what the saver HECM was good for—and with a mortgage insurance premium of 0.01 percent of a home's appraised value, it was an inexpensive option. The new HECM that most closely resembles the older saver HECM doesn't dramatically change the total loan amounts available.

However, the amount available for the new loan type resembling the old standard HECM is reduced by 13 to 16 percent, depending on the amount borrowed.

A team of planning experts has been arguing for the use of HECM credit lines as a backup resource in lieu of a large cash reserve because the latter produces negative returns in the current ultra-low interest-rate environment. A paper published last year by John Salter, Shaun Pfeiffer, and Harold Evensky made the case that an HECM credit line can extend portfolio life anywhere from 20 percent to 60 percent, depending on the scenario specifics.

Pfeiffer said the authors re-ran their numbers for the old saver HECM product against the revamped HECM, and found that the changes didn’t much affect their findings.

Kitces agreed that the standby mortgage strategy still can work under the new HECM structure—in theory.

“If you run the numbers over multiple decades, a couple thousand dollars in upfront mortgage insurance premiums doesn’t kill the strategy,” he said. “But in the real world, even if I can prove it works, that doesn’t make clients feel better about spending thousands of dollars on something they might never need. Holding cash might have a return drag, but at least I’m not writing a check out of pocket—it doesn’t hurt as much.”

Kitces also thinks many affluent households looking for a credit line will simply opt for a traditional home equity line of credit (HELOC), even though there are some important differences. Unlike a HECM, there’s no guarantee a HELOC will remain available, or won’t shrink. “But in many cases, you can get a HELOC with no fee at all. For someone who may not need the credit line anyway, if I have to pay all these upfront fees and costs, the HECM will not be very compelling.”