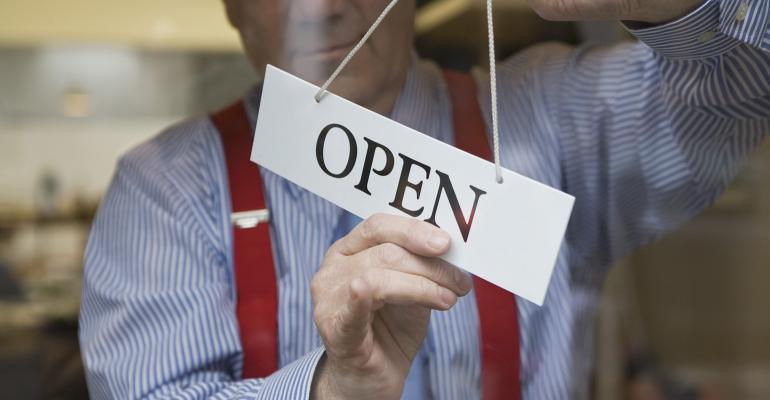 There&rsquo;s a large and untapped pool of small business owners who have not started 401(k) plans for their employees. Can you get there before the robos?&nbsp;

If there is an undeveloped area in the 401(k) marketplace for an advisor to find a footing, it’s small businesses.

Tom Murphy, the head of delegated investments for consulting firm Mercer, views the small-business 401(k) market as a large opportunity for his company because it’s “pretty poorly served” by high-cost providers, often lack transparency and are saddled with poor options and disclosures.

There are an estimated 20 million small businesses, and though estimates vary most say that only about 50 percent have a retirement plan, says Matt Head, director of micro and small-business retirement products at Bank of America Merrill Lynch in Pennington, New Jersey. “You’re looking at a huge opportunity there with the remaining population.”

Automated advisory firms also see the opportunity. In September, Betterment, the automated investment platform that offers a version of its technology to financial advisors, announced Betterment for Biz to bring the same tools to participants in the small-plan defined contribution market. Part of the reason it appeals to the robos is because they can beat the legacy players on price, particularly in the small plan space. The BrightScope/ICI Defined Contribution Plan Profile: A Close Look at 401(k) Plans study reported that small plans paid substantially higher fees as a percentage of plan assets than larger plans in 2012. Plans with less than $1 million in assets paid total plan costs of 1.60 percent of plan assets, while plans in the $100 million to $250 million paid 0.54 percent.

The growing presence of larger firms and automated services doesn’t mean that consultants will be squeezed out of the small-business plan market. But success does require understanding what business owners want, and sometimes what they need, even when they don’t know they need it. Murphy believes that high fees, for one, “certainly reduce the pile of retirement income available to participants,” and lowering them provides a natural competitive edge.

Heady says owners want plans that fit their budgets, particularly when starting a new one. Many owners have a misperception that plans are too expensive, he said, and advisors should correct that error. Owners also think they are too complex to implement, another area where consultants can add value.

In Heady’s experience, there are other a few consistent myths that consultants should expect to bump up against when going after the market: The owners think they will rely on the eventual sale of the business to fund retirement, they have plenty of time to think about it later, and they don’t need a retirement plan to attract and keep employees. All of these myths should be challenged, he says.

Betterment’s announcement generated ample media attention but is the automated advice platform likely to impact consultants’ business? It’s hard to envision most business owners deciding to adopt a 401(k) plan without prompting and subsequently running a Web search for inexpensive online solutions. It’s certainly imaginable for younger, tech-savvy owners, but how many of their companies have the cash flow stability required to support a plan?  And how many owners will be willing to offer only ETF investments in their companies’ plans?

Another possible outcome could be for consultants to include Betterment or other low-cost platforms among the plan options they consider. The development of the Betterment Institutional platform shows that the firm is willing to work with third-party advisors, although there has not been any indication that their 401(k) platform will go in the same direction. But Schwab’s decision earlier this year to bring consultants back into its Schwab Index Advantage 401(k) plan shows the difficulty of selling into the market without consultants. Perhaps Betterment and other robo-advisers considering the small business 401(k) arena will go the same route.