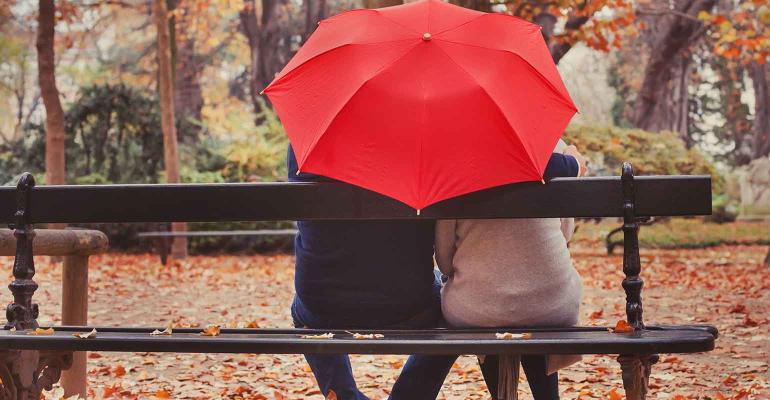 Financial advisors are dealing with an unfamiliar landscape when it comes to clients and inflation.

Retirees worry more than most of us about inflation—even though there hasn’t been much to worry about for several decades.

This year is different. The economic fits and starts of recovery from the pandemic have produced some hot inflation numbers. Many experts regard the trend as temporary, but for now, financial advisors are dealing with an unfamiliar landscape when it comes to clients and inflation.

Retirees are especially sensitive to inflation because income from portfolios has no inherent inflation adjustment—unlike wage income, which tends to be adjusted to reflect the cost of living over time. And retirees usually are not adding to their accounts, so that makes portfolio returns especially important. On the other hand, retirees benefit from owning one of the only inflation-hedged assets available to us: Social Security benefits.

Surveys of retirees show that how inflation might erode the value of savings and investments is a top concern. And right now, your clients may be experiencing a bit of whiplash after a decade when they were able to enjoy both low inflation and robust investment returns.

Options for adjusting portfolios to hedge against inflation are limited.

Stocks often are mentioned as a way to keep up with inflation, but they are not a hedge, since equity returns are not correlated with inflation. That said, equities may outrun inflation over time, depending on when they are sold.

The traditional argument for bonds continues to hold: They serve as ballast for the portfolio. But it’s a painful argument now, with interest rates near zero—negative after inflation, and perhaps even after advisor fees are subtracted if charged on an assets-under-management basis. The annualized yield on Treasury Inflation-Protected Securities (TIPS) also is negative right now.

The current environment points toward a conservative approach to portfolio drawdowns, especially in the early years of retirement. Christine Benz, director of personal finance at Morningstar, made that argument in a podcast discussion with me earlier this year.

“If you're worried that your portfolio might not return much, plus, you're simultaneously worried that your withdrawals may have to be nudged higher to maintain your standard of living, it seems to me that you'd want to be starting out pretty conservatively,” she said. “That’s tough medicine, since 4% isn't that much on most portfolios, and you're telling people to take less—that really does begin to cut into their quality of life.”

Advisors should offer clients some long-range perspective, argues Allan Roth, the founder of Wealth Logic. “Back in the early 1980s I could get 12% on a high-quality bond, but one-third was eaten up by taxes and inflation, which was running 13% or more. So, I lost much more of my spending power then than I do now.”

At the Morningstar Investment Conference in September, panelists kicked around ideas like natural resources equities and commodities funds as attractive ways to inflation-proof portfolios, but that type of active move depends on market timing that rarely works out over the long haul.

Roth notes that some advisors are tempted to move into higher-risk assets, such as junk bonds and alternatives. “The mistake that gets made over and over again is bad market timing in equities and fixed income,” he says.

What are the reasonable responses to retiree concerns about inflation risk?

For starters, advise clients that odds are good that the recent inflation trend is temporary. “The bond market is saying it doesn’t see high inflation, and so is the stock market” says Roth. “The market might be wrong, but I don't typically bet against it.”

And for clients who have not yet claimed Social Security, give some serious thought to claiming strategies. An often-overlooked aspect of Social Security’s value is the annual cost-of-living adjustment (COLA) that it awards to beneficiaries every year at no extra expense or risk.

COLAs are determined by an automatic formula tied to the Consumer Price Index for Urban Wage Earners and Clerical Workers (CPI-W). The COLA provides a powerful motive to optimize Social Security benefits through delayed claiming and smart coordinated filing strategies. Your client will receive roughly 8% more income for every 12 months that she delays filing past full retirement age. And, it’s worth noting that the annual COLAs are applied to her future benefit amount, even if she has not yet claimed, beginning in the year she turns age 62.

The early filing reductions and delayed filing credits are designed to be actuarially fair. That is, they deliver the same lifetime benefit—according to longevity expectations—no matter when you file. But experts note that the underlying factors—which trace their roots back to the 1950s—have not been adjusted sufficiently over the years to account for lower interest rates and higher life expectancy.

Longevity has risen most sharply among high earners, which means that delayed filing is an especially good deal for high-income retirees—and that the reductions for early filing are too large.

For clients enrolled in both Social Security and Medicare, note that the Part B premium is deducted from Social Security benefits. In recent years, the Part B increase has consumed part or all of the COLA. But the recent surge in inflation yielded a historically high COLA of 5.9% for 2022. This bump will give Social Security beneficiaries a substantial net increase after any hike in the standard Part B premium. That figure typically is released later in the fall, but the Medicare trustees report, issued in late August, forecast a premium of $158.50, an increase of 6.3% compared with this year.

The dollar amount of any Part B increase is deducted from the dollar increase of the Social Security COLA. That would leave most Social Security beneficiaries with COLAs of 5% or more. If you have a client with a $2,000 monthly benefit, her monthly payment will increase by 5.5%, for example.

By most measures, the COLA does not fully keep up with the inflation experienced by seniors, especially rapidly escalating health care costs. But it’s something.