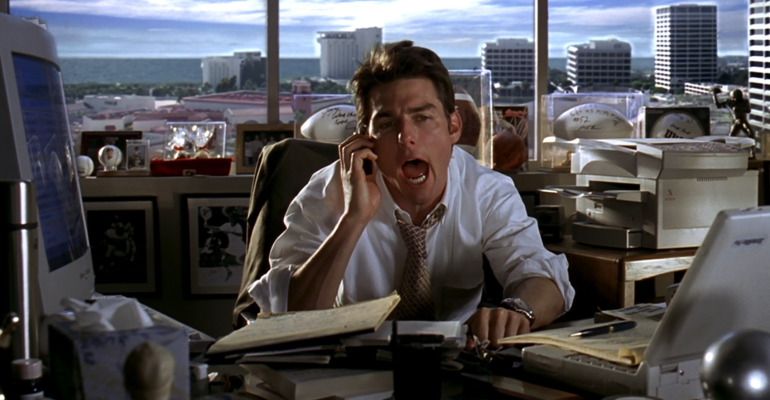 Show Me the Social Security Money

Break-even analysis can prompt clients to take Social Security benefits sooner rather than later, as a hedge against early death. They really should be hedging against living longer and running out of money.

What age should clients claim their Social Security benefits? You can run all kinds of numbers, but many clients will have a basic, understandable human urge: “Show me the money.”

Jim Blankenship, a certified financial planner who has written several books about Social Security, most recently Social Security for the Suddenly Single: Social Security Retirement and Survivor Benefits for Divorcees, uses break-even analysis, but only to a point. He finds that the analysis often comes up in discussions about claiming decisions, but it’s not always convincing. “We talk about it to encourage delayed filing,” he says. “But it doesn’t often result in a decision to delay. It doesn’t encourage people to start early, but it also doesn’t encourage people to not start benefits right away.”

“It’s a difficult hill to climb,” he adds. “There’s is a lot of emotion around the urge to ‘get my money.’”

The claiming decision is personal. No one knows for certain how long they will live—although if you’re in poor health as retirement approaches, an early benefit election probably makes sense. In fact, research has shown that a break-even analysis can influence people to claim benefits earlier due to the fear of potential lost benefits if they die early.

Given the choice between receiving a benefit now or later, most people prefer sooner, even if receiving the benefit later would be more valuable. Indeed, in 2016, 56 percent of men claimed before their full retirement age, as did 62 percent of women, according to the Social Security Administration.

The problem with break-even analysis is that it diverts attention from the important protections Social Security provides against longevity risk—the risk of exhausting resources before the end of life. Even relatively affluent retirees can exhaust their savings when they live to very advanced ages, especially women, who tend to outlive men. For a widow in her 90s who has exhausted her savings, a maximized Social Security benefit with inflation protection is highly valuable.

The SSA has been criticized for failing to emphasize the importance of longevity risk. A 2016 U.S. Government Accountability Office report found problems and inconsistencies in the advice it gives to claimants. The overriding message of the report was that the SSA needs to be more proactive about informing claimants that Social Security benefits can be a hedge against longevity risk. The SSA subsequently updated a number of policies and training procedures aimed at moving claims specialists away from a break-even calculation.

Still, if you want to do a break-even analysis for clients, it’s useful to recall the basics of the benefit formula. To determine your client’s benefit amount, the SSA takes into account its highest 35 years of wages and translates that into something called the primary insurance amount. Waiting until the full retirement age of 66, that person would receive 100 percent of the PIA. If that person starts at 62 (the earliest opportunity), they will receive a reduced benefit for the rest of their life—25 percent lower. By waiting until after full retirement age of 66, they would get the delayed retirement credit, which is 8 percent for each 12-month period delayed. The credits are available until age 70.

So, what are the break-even numbers? I checked this recently with Andy Landis, a Social Security expert and author of the excellent book Social Security: The Inside Story (2018 edition recently published).

Landis worked in the SSA’s field offices for 12 years, helping people figure out when and how to file for their retirement benefits.

Landis analyzes the break-even question using different terminology—what he calls “money ahead.” That is, the age at which a particular claiming strategy pays off. He sees this as a better way to get claimants to think positively about the benefits of waiting.

If you file at aged 62, your money-ahead age is 78. That is, you will be ahead until 78, when another person waiting until full retirement at 66 catches up with you. From that point onward, that person is ahead for the rest of their life.

If you file at 66, your money-ahead year is 82½. After that age, someone who waits until 70 to file is ahead, permanently.

How much further ahead depends on life expectancy. The SSA offers a longevity calculator that is based on the mortality data it tracks. For a somewhat more personalized approach, check out the longevity illustrator created by the American Academy of Actuaries and the Society of Actuaries. This calculator considers age, gender, smoking and a general assessment of general health. The resulting numbers show a range of possibilities.

The numbers will look better for married couples who pursue coordinated strategies. In most cases, the higher wage earner delays their filing as long as possible; the surviving spouse steps up to a survivor benefit, equal to 100 percent of the deceased spouse’s benefit.

For married couples, Blankenship likes to focus on a careful timing of claims, rather than break-even points. “There are some important opportunities to coordinate benefits,” he says, mentioning the example of “dually entitled” workers.

Widows have some claiming choices that are not available via the standard Social Security spousal benefit. They are entitled to receive their own benefit or that of a deceased spouse, whichever is higher. But they also can make a strategic choice to take the lower amount first and wait to switch to the higher amount later. That approach helps the higher benefit grow even more as it accrues credits for delayed filing, generally 8 percent per year, plus cost-of-living adjustments during the delay and all the ensuing years.

He finds that divorced people often don’t know that they can claim Social Security spousal and survivor benefits from their former spouses.

“In the end, you can present the break-even figures, but the client ultimately is going to make the decision,” he says. “And it’s probably not worth spending a lot of extra time on it unless you can see a big mistake being made. We don’t know what the client’s lifespan will be.”