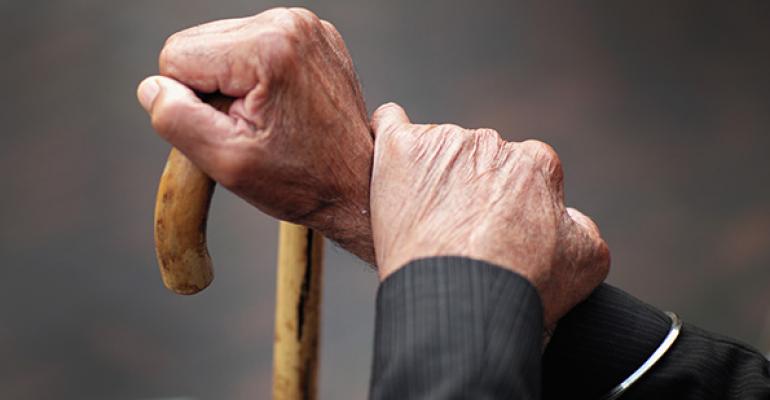 Retirement Advice Is Looking Shakier Than Ever

(Bloomberg Opinion) -- Imagine visiting your family doctor because of chest pain. You wouldn’t expect him to treat you himself if he knew that a specialist— a cardiologist, for example — was better suited for the task. You would be particularly outraged if your doctor failed to refer you to the better-trained specialist because he wanted to line his own pockets.

The National Association of Insurance Commissioners, which sets standards for the industry, has essentially sided with the hypothetical self-interested physician and not the consumers it is supposed to protect.

On Feb. 13,  in response to fears that rapidly growing categories of insurance-linked investments, such as annuities, are being marketed inappropriately to consumers, the association adopted amendments to its model Suitability in Annuity Transactions regulation. The model is the association’s recommendation for what insurance laws should be in the states, which regulate the industry. It will most likely be adopted by a majority of them.

The first paragraph of the model states that its purpose is to make sure insurance companies and agents “act in the best interest of the consumer when making a recommendation of an annuity,” which in the simplest terms is a contract that awards an investment return over a specified period, then allows conversion of the final sum into regular payments to the holder. That rule seems pretty clear and worthy.

But there’s a catch. In spelling out insurers’ “best interest” duties, the regulation asserts that it “does not require the analysis or consideration [by the insurer] of any products outside the authority and license of the producer, or other possible alternative products or strategies available in the market at the time of the recommendation.”

That’s a huge caveat. The regulation purports to hold insurance companies and agents up to a high standard so that they only recommend investments that are in a consumer’s best interest. Then it tells insurers that “best interest” is to be measured only against the products that they sell — not against alternative financial and investment strategies that the consumer would be well advised to consider.

It’s yet another way that consumers are left to fend for themselves. For instance, the Trump administration abandoned the Department of Labor’s so-called fiduciary duty rule, which would have curtailed the sale of certain retirement products that weren’t in savers’ best interests and would have required financial advisers to disclose when they were getting paid to steer people into certain investments.

How much could consumers leave on the table under the insurance association’s lax rule? Consider a typical eight-year fixed-index annuity linked to the S&P 500 Index, as priced earlier this month by a well-known insurance company. As is typical for fixed-index annuities, the insurer pitches the product as a way to protect the initial investment against any downside while still having a chance to earn an “attractive rate of return” linked to a stock market index performance.

Let’s assume that goal is in a saver’s best interest. Is this annuity the best way to accomplish it?

This annuity calculates the saver’s return through a complicated formula that encompasses a “cap rate,” or limit, on annual upside (in this case 3.1%) and an initial bonus. If the saver had purchased an annuity with similar terms on any day over the past 30 or more years, the saver’s average return after eight years would have been about 20%, or $20,000 for every $100,000 invested.

What if the saver had been advised to consider a much simpler strategy for downside protection with stock market participation: the purchase of a U.S. Treasury, or even a federally insured certificate of deposit, in an amount sufficient to return the original investment even in the face of a stock market collapse greater than any in U.S. history, with the remaining money invested in a low-cost stock index fund?

That strategy, which of course pays no commission to the insurance agent, would have earned on average an additional 20% (using today’s historically low Treasury rates) to 30% (using the best current online CD rates) more than the annuity, or $20,000 to $30,000 more for every $100,000 invested over eight years. It also would have outperformed the annuity 80% of the time.

Repeat this exercise over a 25-year savings period, and the hit to the saver’s retirement nest egg is significant. Arguably, by this standard it’s not in any saver’s best interest to choose the annuity over the simpler strategy, as a layman would understand that term. It is, however, in the insurer’s best interest to sell it.

No wonder assets backing these types of annuities have more than doubled to well north of $400 billion since 2011,making them one of the fastest-growing forms of insurance-linked investments.

Sadly, under the insurance rule, investors might never hear about all their options. It’s valid to ask whether financial regulations should take a “buyer beware” approach or hold advisers to strict standards. The worst of all possible worlds, however, is one in which regulations purport to protect consumers’ best interests while giving peddlers of expensive products an easy out.