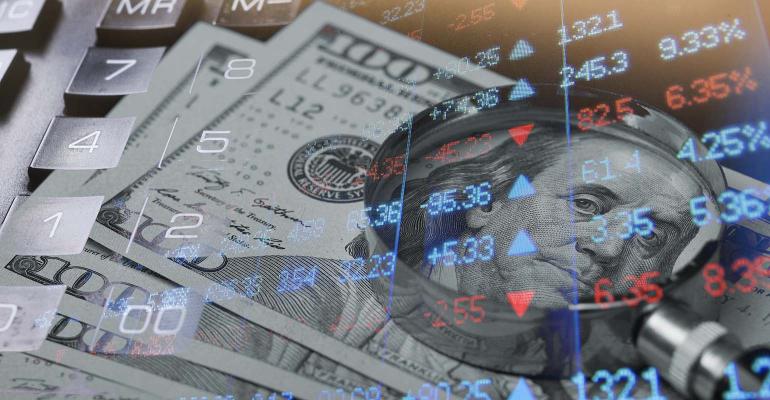 The Pros and Cons of White Labeling in Defined Contribution Plans

White labeling is best suited for larger plans that are more likely to have requisite in-house expertise and the leverage to drive fees lower.

The practice of white labeling in defined contribution plans still generates controversy. Proponents tout the structure’s benefits to plan sponsors and participants while opponents argue that white labeling can have negative impacts on both parties.

Before considering the pros and cons, a more precise definition is helpful because the term “white label” describes two different practices. The first is simply a name change for a fund on a plan’s DC platform. Instead of using the fund’s original proprietary name, the investment option’s name on the DC platform is changed to a generic but descriptive class-based description. The more disputed practice represents a structural change in which the plan sponsor creates a fund of funds that can include multiple underlying funds and strategies. It’s similar to a target date fund’s structure but one that is part of the core DC lineup.

David O’Meara, director of investments with Willis Towers Watson, highlights several potential benefits to white labeling. As an example, he cites research indicating active portfolio managers that take on greater risk relative to their benchmark tend to outperform. The problem, however, is that those managers’ returns can be highly volatile, making their funds less suitable for standalone plan investments. Bundling and unitizing the funds into a single entity can address that risk, says O’Meara: “You could package many of those highly volatile managers together and create a more risk-controlled product for participants.”

White labeling can provide additional benefits to participants, he adds. He points out many plan participants didn’t choose to be investors and may lack portfolio management skills. White labeling can simplify the plan’s fund menu and help participants make better decisions. He gives the example of a typical DC plan that could have five or more U.S. equity options to cover the market. An alternative approach would be for the sponsor to build a single fund that incorporates those underlying funds. “Participants then decide if they want U.S. equities or non-U.S. equities or to what degree do I want to weight these two asset classes as opposed to each and every manager within the asset class,” says O’Meara. “So, we think it can simplify the decision-making process for participants and also get participants away from thinking through the brands from the asset manager, which we don’t think is terribly helpful for creating their retirement portfolios.”

James Martielli, head of Vanguard’s defined contribution advisory services, starts with the same premise but reaches a different conclusion. He agrees that giving participants lots of choices leads to a higher probability of their not making a good choice or getting confused. But if white labeling is being considered to consolidate a plan’s lineup, why not simply consolidate the lineup without creating a new fund. Sponsors should also consider the administrative challenges of building out a new white label fund, he says: “If you’re a plan sponsor fiduciary, the more moving parts you put into a plan, the more decisions you have to make, the less time there is for other things.”

The sources agreed that white labeling is best suited for larger plans that are more likely to have requisite in-house expertise and the leverage to drive fees lower. “There has to be a match of interest, time and skill set to do custom,” says William Ryan, head of North American QDIA research and custom DC solutions with Aon. “It’s a long process and it’s not a one-and-done discussion where you can do it in a year. There has to be a work plan and you understand who is going to own the different parts. Sometimes that hurdle doesn’t always make sense for clients. If you have an in-house investments staff who is used to doing asset allocation work, they’ll probably be the most open to having this conversation.”

However, DC plans are growing rapidly and Ryan notes that a plan with $500 million 5 years ago could have reached $1 billion by 2018. Plan surveys support this assertion: the 2018 Investment Company Factbook reports that assets in U.S. DC plans grew from $4.8 trillion in 2010 to $7.7 trillion in 2017. Consequently, more plans will be reaching the scale needed to benefit most from white labeling, Ryan contends.

The trend to consolidate DC core lineups while using target date funds as qualified default investment alternatives, plus the flow of new funds into those TDFs could reinforce the role of white labeling, as well, he adds: “As the plan economics and design change, if you have a billion dollar plan and you have a belief that one or two managers are good at U.S. large cap equities, you should be using that manager in your core lineup and your TDF so you are indifferent to that for your participants and you’re providing best in class at the lowest possible fee you can get them.”