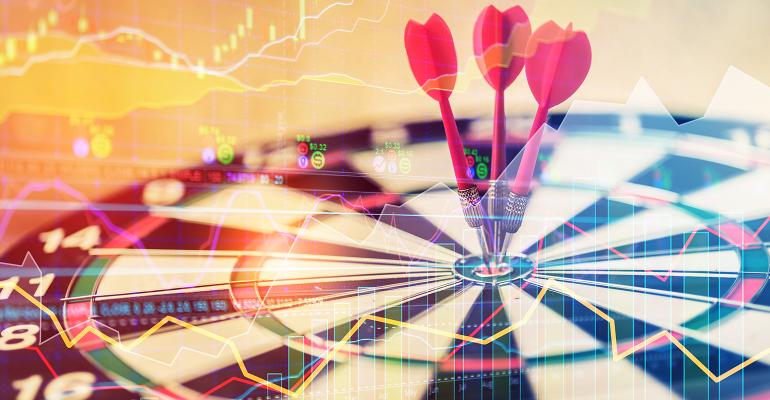 Everything comes with a cost.

It’s been interesting to observe the evolution of target-date funds.

Plans have exhibited a range of movement away from proprietary funds. Some have gone with a semi-customization approach in which they might use a nonproprietary glidepath or modify the underlying investment lineup. Others have transitioned to full customization by unitizing a TDF that gives the sponsor (or firms it hires) full control over the glidepath, investments and investment managers on the platform.

Several large financial advisory firms, such as NFP Corp. and Pensionmark Financial Group, have responded to this interest in custom TDFs by offering low-cost funds that are accessible to smaller plans. For the most part, however, it  has been larger plans that have adopted customization. Consider the use of custom target date/lifecycle funds by plan asset size reported in the Willis Towers Watson 2017 U.S. Defined Contribution Plan Sponsor Survey:

The adoption rate for custom TDFs appears to have slowed. Although 55 percent of the Willis Towers Watson survey respondents “see the value” of a custom fund, just 21 percent overall actually offered the funds, a slight decrease from a 22 percent response in the previous survey. Jason Shapiro, CFA, director of investments with Willis Towers Watson, points out that 36 percent of respondents were not interested in custom TDFs due to “administrative complexity and costs.”

Sources for this article agreed it makes sense for plans to be cautious about customizing their TDFs. Lloyd notes that synergies, economies and leverage of other assets can make a compelling argument for custom funds. Nonetheless, he believes that in many cases sponsors can find an off-the-shelf TDF outside their recordkeeper’s proprietary lineup that will provide similar benefits to a custom TDF with less resulting commitment of time. “The biggest reason we’ve heard of people going the custom route is sometimes the company demographics, but generally there is some (fund) out there that could probably do that,” he says.

Denise Burns, CFA, vice president and head of investments with Cammack Retirement, highlights both the pros and cons of customization. “If there is a certain employee demographic that you want to manage, it can make sense,” she says. “If you have a DB plan, perhaps, and people are vested in the DB plan, it may make sense to customize, or if you’re a very large company and it’s much cheaper for you to do it yourself versus buying an off-the-shelf plan. It takes expertise, but a lot of companies have that expertise with their pension accounts, endowments. They can use the same people to easily create a target date.”

“Everything comes with a cost,” Burns cautions. “I’m not quite sure if you’re a medium-sized company or a company with a diverse population, if there is a need for a custom target date. There is more work to creating it and the more you customize, the more the expenses. You have to hire people to manage the target date—there are levels of fees that you’re adding on to customized.”

Semi-customization measures that stop short of full unitized funds, like custom mapping to an off-the-shelf product, can make sense, particularly for plans without the scale or operational expertise to implement unitized custom structures, says Shapiro.

Another option is the concept of an unwrapped target date fund, which he describes as basically akin to the model portfolio approach. With this solution, the plan sponsor instructs a recordkeeper to utilize the core lineup to create target asset allocations for participants at different ages with the sponsor or a third-party advisor developing a glidepath around that arrangement. “You’re getting what is effectively a custom glide path but you’re doing it without creating unitized custom fund structures,” says Shapiro. “We’re seeing some types of these other implementations; we think they’re pretty interesting. We think the unwrapped target date concept may be appropriate for midsize clients and smaller clients who want to have a custom approach, though they should engage with their recordkeepers to understand their platform capabilities.”