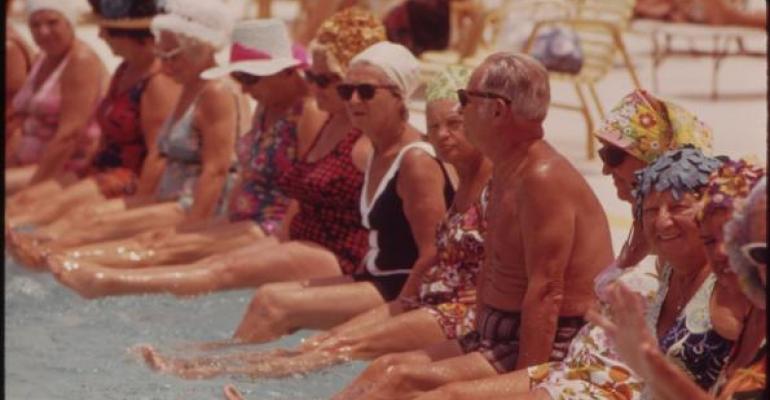 “How’s the rainy day fund coming along?” I get this question every time I talk with my financial adviser. The answer: not so well. And I write about personal finance and retirement issues for a living.

At age 60-ish, my wife and I still work and save diligently in our tax-qualified accounts. But the goal of setting aside six months in liquid funds for a rainy day remains elusive. The extra money we have on hand is often spent on travel, especially when we can convince our young adult children to join us. We don’t plan to retire anytime soon, and using the money to enjoy family time and see the world while we’re both still working feels like a decision we won’t regret.

How can financial advisers help clients balance short-term needs and desires against long-range goals, especially those clients in the critical years leading up to retirement? The question goes far beyond rainy day funds. Late-career years should be peak years for earning, saving and investing. But the numbers show that clients who want to mix work and play - often at the expense of saving - actually could be doing the best possible thing for their retirement security because of the benefit that working additional years provides.

My planner is the first to acknowledge this. “The whole point of planning is to look at priorities and tradeoffs,” says Debbie Wise, founder of Wise Planning, a fee-only planning service based in Winnetka, Illinois.

“The emergency fund is really a very small piece of the puzzle,” she says. “Spending now instead of later is what we think about all the time - how much can you save now also means thinking about how much you’re spending, and what you need to save to make things work. if you want to save less, what are implications? We’re not making judgements about spending now versus later, we just want to make sure plan has a strong chance of success.”

Emergency funds may be more important for younger, lower-net-worth households that often don’t have other options in the event of an unexpected need for money. That’s reflected in the higher rate of troubled balance sheets among younger households, and high rates of cash-outs from 401(k) plans: Fidelity Investments reported recently that 41 percent of workplace savers age 20 to 39 cashed out their accounts when they left jobs.

“We tell young people who have non-mortgage debt that they should take full advantage of their employer match because it’s free money.  Then get rid of the debt and accumulate $10,000 in the bank. And then start building your retirement funds.”

How about older clients? My conversation with Debbie left me thinking that advisers can add value for clients by helping to craft plans that go well beyond the traditional approach to save and invest as much as you can, then quit and spend it down.

Survey after survey suggests most baby boomers don’t want to do retirement the traditional way. Instead, their life paths may have midlife twists and turns, with pauses for career changes, going back to school or starting businesses - any of which could interrupt a traditional financial plan. Marc Freedman, founder of Encore.org, has argued that we should revamp Social Security to allow beneficiaries to take benefits for a year or two to finance a transition and then stop at a later point.

New planning approaches may be in order for clients who simply plan to work longer.

T. Rowe Price (TRP) has done some what-if modeling showing that households that make room for retirement-like enjoyment while working longer can generate as much retirement income - or more - than  those who maximize saving up to a traditional retirement age and then hang it up. That’s because delayed Social Security filing adds approximately eight percent to annual benefits; it also means fewer net years of drawing down savings and more years of growth for invested assets.

"Advisors might suggest to their clients that each additional year of work can be thought as an opportunity to receive a 100% match from their employer," says Christine Fahlund, vice president and senior financial planner at TRP. “They do have to work for it, rather than lie on the beach, but it can make a real difference in the quality of life they may be able to enjoy, starting in their sixties, and continuing throughout retirement.”

TRP’s example looks at a pre-retired couple, both age 60, with identical salaries and work history.  Their combined salary at age 60 is $100,000, and they have $500,000 in combined saving - five times salary, which is far short of benchmarks used by most planners.  Consider these work/life trajectories and outcomes:

--Work, but don’t save. The couple saves nothing from age 60 to 70. They will spend $1 million in their 60s, including taxes, and retire with annual income of $87,866 (from Social Security and withdrawals), and will have a savings balance of $731,873 at age 70. Moreover, almost $55,000 of that income comes from one of the highest quality sources available - Social Security. “It’s guaranteed by the U.S. government and adjusted annually for inflation,” notes Fahlund.  If the couple is able to save 15 percent of salary during their sixties, annual income in retirement jumps to $96,240.

(Fahlund notes that TRP didn’t model outcomes past age 70; instead, the model uses initial withdrawals based on approximations of a 4 percent initial withdrawal rate, adjusted for years to age 95 in retirement.  TRP used an assumed average rate of return of 7 percent prior to retirement date and 6 percent thereafter.)

So, it’s a matter of different paths to a similar end goal. Advisers need to help clients consider the tradeoffs that work best for them, argues Fahlund.

"If you're not ready to be fully retired, emotionally or financially, don't put off the fun,"  she says. “I think what happens with a lot of people is they are surprised to be given permission by a planner not to save anymore, since that idea has become so ingrained.”

Fahlund is quick to add that clients who are still working and can take advantage of a matching 401(k) contribution should do so. “Otherwise you’re leaving money on the table. You definitely don't want to do that.”

Planning for non-retirement clients requires careful attention to a range of tax and health insurance questions. The transition to Medicare at age 65 also must be navigated carefully to avoid the system’s stiff penalties for late enrollment.

Meanwhile, the tax-deferred retirement system is predicated on the idea that older people will be in lower tax brackets  when funds are withdrawn than during the traditional wealth accumulation years; that may not be the case for older clients who continue to work. Money tied up in qualified accounts can pose problems for working clients who might want to make a large withdrawal to fund a big trip or capital expense, like a vehicle or vacation property.

"If you're withdrawing the funds from a 401(k) account you might be tempted to make a larger withdrawal to fund the tax liability,” Fahlund says. “That's going to hurt your portfolio balance over the long term.  You really want to be able to pay the tax bill from outside the 401(k)."

So transitioning to a tax-diversified portfolio is another key value that advisers can add, she notes, especially if you can get an early start. “We’re starting to lean much more heavily toward an extended transition starting somewhere between age 45 and 65 to get at least some of the qualified assets into a Roth.”