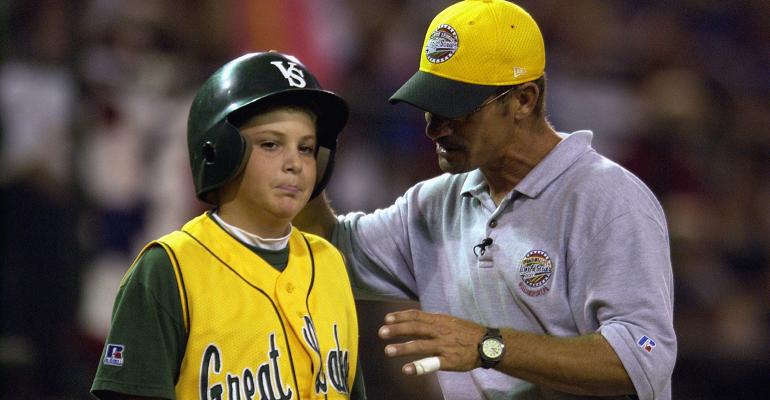 Parents Are Risking Their Retirement for Kids' Sports Training

Dads are seemingly delusional about the prospect of their kids playing a college or professional sport and they spend accordingly.

Parents are delaying retirement to cover the cost of their kids' participation in elite sports teams and special athletic training.

More than a quarter of parents say they are spending at least $500 per month on each child participating in “club or elite competitive youth sports,” according to a survey by The Harris Poll on behalf of TD Ameritrade. More than half of the 1,001 adults said they were spending an average of $100 to $499 per month.

To cover the expenses, parents said they are taking fewer vacations, getting second jobs and delaying their retirement. Some have also cut back on saving for their children’s' education and 17% have incurred more credit card debt in an attempt to give their kids an edge on the court or field.

Tyrone Ross Jr., the managing partner of NobleBridge Wealth in Montclair, N.J., told WealthManagement.com the practice is damaging to kids and a "crisis" that is worsening.

Ross, a standout runner in high school, was courted by top college programs and eventually qualified for the 2004 Olympics in the 400m. He now volunteers to help his former high school's track teams and said there are many programs taking advantage of parents who have unrealistic expectations for their kids. No matter the amount of time or money spent, the reality is that few are capable of winning a scholarship from a university, let alone play a sport professionally. It comes down to "good genes," Ross said.

“Many parents believe investing in their children’s athletics will pay off in the form of a college scholarship, or even making it to the pros,” Dara Luber, a senior product manager at TD Ameritrade, said in a statement about the survey. “While children’s involvement in sports leagues can be greatly beneficial in helping to develop life skills, parents should never lose sight of saving for retirement and building a long-term financial plan for the well-being of their family.”