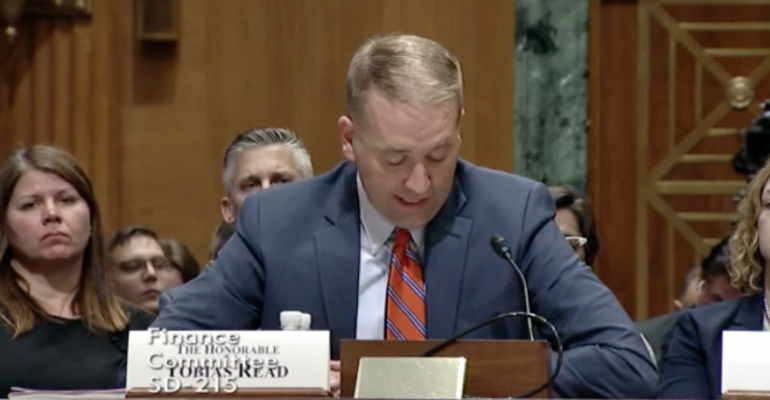 Oregon to Congress: Let Minors Save for Retirement

The State Treasurer from Oregon, the first state to roll out a mandatory retirement plan, says individuals should be able to save for retirement as early as 16 years of age.

Oregon State Treasurer Tobias Read testified Tuesday in a U.S. Senate Committee on Finance hearing on the success of its state-run retirement plan. But Read also laid out a number of suggestions for changes at the federal level, including a reduction of the minimum age for investing in an Individual Retirement Account from 18 or 21 (depending on the state) to 16 years old.

“I think about that young person who might be starting their career at 16 and not able to participate until they reach 18,” Read said during the hearing. “We sure like the idea of getting them in the habit of saving from the beginning of their career.”

Sen. Ron Wyden (D-Ore.) agreed, saying he was attracted to the idea of getting younger people to save and that there would likely be support on both sides of the aisle for something like that.

“What I like the most is you begin to build savings culture at the earliest possible time,” Wyden said.

Currently, when a minor has an IRA, that account is held by the custodian (typically a parent) on behalf of the child and transitioned to them once they reach 18 or 21, depending on the state. But Read believes it should be lowered to 16 years of age.

“This would allow state-based programs to auto-enroll minors working at facilitating employers and get young workers in the habit of saving early in their working lives,” he said.

The state’s retirement plan, OregonSaves, currently has $19 million in retirement savings; about $2.2 million is being added to the plan each month, and most of the individuals participating are first-time savers, Read said.

Late last year, the state expanded the program to individuals, such as self-employed or gig economy workers, and over 250 people have self-enrolled since then.

Since Oregon rolled out its plan in 2017, other states have looked to its model. Some have taken steps to create a similar program, including Illinois, California, Maryland and Connecticut.

Read told the committee that states need to continue to pursue the solutions that make the most sense for their constituents, going as far as asking for an exemption from future federal legislation.

“When considering federal legislation that would overlap or create national-level retirement savings programs, we would ask for an exemption to allow state-based programs to continue where they already exist,” he said.