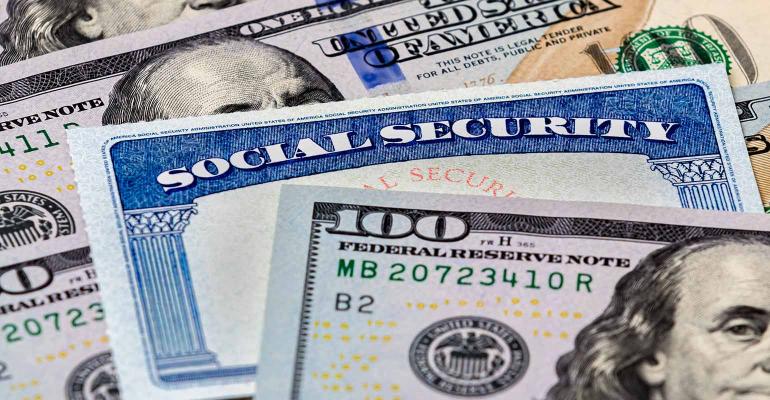 Social Security marks a milestone this year: For the first time, people who become eligible for retirement benefits will have a Full Retirement Age (FRA) of 67.

The FRA is the point at which your clients can claim 100% of their earned benefits. Congress approved changes to Social Security in 1983 that lifted the FRA from 65 to 67, but the change was implemented gradually. For example, the FRA for someone born in 1957 is 66 and six months. The earliest claiming age is 62, and for anyone born in 1960 or later, the FRA is 67.

The gradual change across age groups was intended to assure that no retirees would face an immediate jolt to their retirement plans. But we’re now at the point where the higher FRA fully has raised the bar for successful Social Security optimization strategies. In most cases, that means delayed claiming. And there are few better ways to boost retirement income.

The Social Security rules are designed to pay everyone roughly the same lifetime benefit, no matter when they decide to claim benefits, according to the life expectancy tables. So, a client who claims at age 62 will receive a monthly benefit considerably smaller than if she claims at age 66—but she will probably collect those benefits for a greater number of years. Conversely, a later claim will give her a higher monthly benefit—but for a shorter period of time.

For example, a person with an FRA of 66 who claims at age 62 will receive a reduced benefit for the rest of his or her life—25% lower. Claiming at FRA is worth 33% more in monthly income than a claim at 62, and a claim at age 70 is worth 76% more.

In practice, more affluent, better educated retirees tend to enjoy greater longevity, and will benefit from delayed claiming. So will married couples in cases where the higher-earning spouse delays. And, in this time of high inflation, it’s worth noting that delayed claiming does not mean your client forgoes the valuable annual cost-of-living adjustments (COLA) built into Social Security. The COLAs are applied to your clients’ benefit amount even if they have not yet claimed, beginning in the year that they become eligible to claim.

The challenge for clients is meeting living expenses while waiting to claim.

Working longer offers one route, but people often are not realistic about how long they will be able to stay on the job. The Employee Benefit Research Institute reported this year that the median age workers predict for their retirement is 65, but they actually retire at a median age of 62.

Older workers often find themselves the victim of age discrimination, and the pandemic added a new element of risk. At least 1.7 million more older workers than expected left the workforce during the pandemic recession of 2020. Other reasons for premature retirement include health problems or plain burnout. The pull of leisure activities or time spent with family are also factors.

The labor market outlook for older workers is especially murky right now. Before the pandemic, labor force participation rates were rising, notes Richard Johnson, director of the program on retirement policy at The Urban Institute. Johnson calculates that workers ages 55 and older accounted for 80% of U.S. labor force growth from 1996 to 2021.

Johnson thinks the longer wait to claim full Social Security benefits has played a role in this trend, along with the valuable additional delayed claiming options. He also credits the fact that fewer workers can expect traditional defined benefit pensions, as well as overall improved health and longer life spans for the change. “People have recognized that they could get a lot more monthly Social Security income if they kept working and delayed claiming,” he says.

Labor force participation rates among older workers took a sharp dip during the first two years of the pandemic but have since bounced back, with a couple notable exceptions. Participation has not recovered among men, especially those over age 65. Here, the falloff is most pronounced among more affluent, college-educated men who may simply have decided to stop work due to COVID-related health concerns.

Johnson thinks that trend will reverse itself again at some point, although it’s difficult to know when. “I'm optimistic that it's going to turn around, and it’s still the case that well-educated people are more likely to work to a later age than less educated people.”

If you have retired clients aiming to delay their claims, another attractive option is to draw down savings to meet living expenses: a Social Security “bridge.” In many situations this approach actually prolongs portfolio life, because it reduces the need to draw down funds over the long haul. It also can be a tax-efficient strategy if your client draws tax-deferred dollars in years when their marginal tax rate is lower than it will be after they begin receiving benefits.

Retirement researchers also are exploring the idea of adding a bridge as a default design in 401(k) plans. A certain percentage of contributions would be set aside for later payouts equivalent to a participant's Social Security benefits for several years to enable delayed claiming.

Some research discussions compare the Social Security bridge concept to that of incorporating annuity options in workplace plans. The difference? Dollar for dollar, “buying” additional Social Security income through delayed claiming beats the return of commercial annuities by a substantial margin.

The Center for Retirement Research at Boston College has explored the bridge concept in a series of research papers, and a survey conducted by the National Opinion Research Center at the University of Chicago tested the idea with plan participants. The poll found that roughly one-third would use a default of this type and that they would allocate a substantial portion of their account to the bridge—35%.

A default plan feature like this could be the behavioral nudge of the future in 401(k) plans.