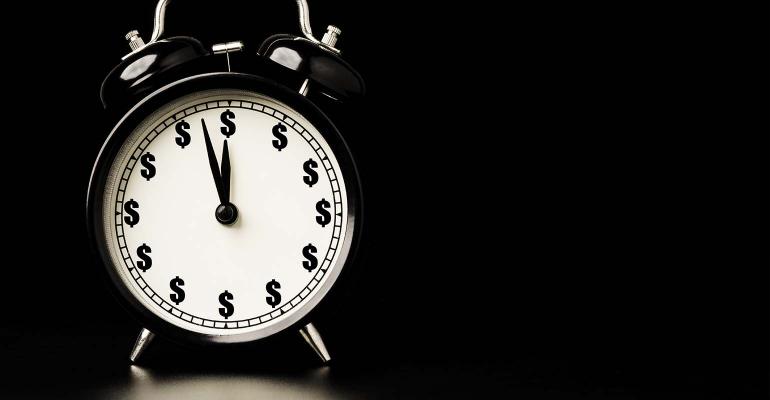 Industry experts discuss the current landscape and the development of new features.

Given auto-features’ prominent role in encouraging retirement savings, I asked several industry experts for their thoughts on the features’ current status and the possible development of new features.

David Stinnett, Vanguard’s head of strategic retirement consulting, said while the results from auto-enrollment are encouraging, only 56% of Vanguard’s plans have that feature in place, although the rate increases to 76% for plans with over 1,000 participants.

“We would like to see more people adopting (auto-enrollment) and we think there is still room to grow there,” he said. “For those who have adopted most of the smart plan design already, even there, we think there's some room to change and there we focus on the savings rate level in which they default participants.”

Angela Capek, product area leader, record-keeping and operations platforms with Fidelity Investments, said under current law, the automatic-enrollment safe harbor requires contributions of at least 3% of salary during the first year, with auto escalation up to at least 6%. But the 3% minimum can unintentionally appear to have the effect of anchoring many plans’ auto-enrollment default rate to 3%. Plan sponsors considering even a 1% increase to their default would discover compounding benefits to their employees, said Capek.

Capek cited the Senate’s proposed Enhancing American Retirement Now (EARN) Act, which would establish a new automatic-enrollment safe harbor with a focus on increasing initial contribution levels. The bill would create a new safe harbor with a minimum contribution level of 6% in the first year, 7% in the second year, 8% in the next year, 9% the following year and 10% in all subsequent years, she explained.

Another auto-feature that’s garnering headlines is portability, which would facilitate the transfers of participants' balances between plans when they change employers. In mid-June, U.S. Sens. Tim Scott (R-S.C.) and Sherrod Brown (D-Ohio) introduced the Advancing Auto Portability Act of 2022, which would use a tax credit to encourage employers to adopt the feature.

Edward Gottfried, director of product at Betterment at Work, said auto-portability is a good idea but notes there are operational challenges.

“I think that's definitely an area to watch in terms of new kinds of automatic provisions that might help streamline this industry, but also keep American savers in control of their retirement savings in a tighter way than they do right now,” he said.

But it’s also an area where there is “a lot of friction imposed by some of the players in the space” whose self-interested motivation is to have employees leave their funds at their previous employers.

“The thing about the automatic portability is that it does have to be an industry-wide standard,” Gottfried said. “And so, I suspect it's going to be contingent upon legislation to happen because there has to be some sort of codified agreement between 401(k) providers about how it'll function and how we can work together in the best interest of the average saver.”

DC plans have largely replaced defined benefit pension (DB) plans and it would be ironic if DC plans eventually incorporated auto-income features that acted like the DB plans they've replaced. It’s not likely to happen soon, but the growing emphasis on retirement income could lead to developments.

“We've been trying hard to put annuities into defined contribution plans and I've been talking about it for 10 years now,” said Robyn Credico, defined contribution consulting leader, North America, with Willis Towers Watson. “One thing that is helpful, and everyone agrees with this, is that if you can have a target date fund with an auto-feature into buying an annuity at a certain age with some of your money, that would be very valuable. There are some options out there like that and clearly, we're hoping to get more.”

Target date funds also have a role in retirement income, said Stinnett. He noted that many TDFs don’t just go to the anticipated retirement date with their glide paths—they go through it, providing “a regime you can stay invested in.” He added that Vanguard has recently developed a retirement income solution—the Vanguard Target Retirement Income and Growth Trust—that is premised on the target date fund structure and allows retirees to receive periodic distributions. According to the trust’s fact sheet, “The trust invests in other Vanguard mutual funds and trusts according to an asset allocation strategy designed for investors currently in retirement.” It’s a new offering, but given Vanguard’s status, it will be interesting to see how the market responds.