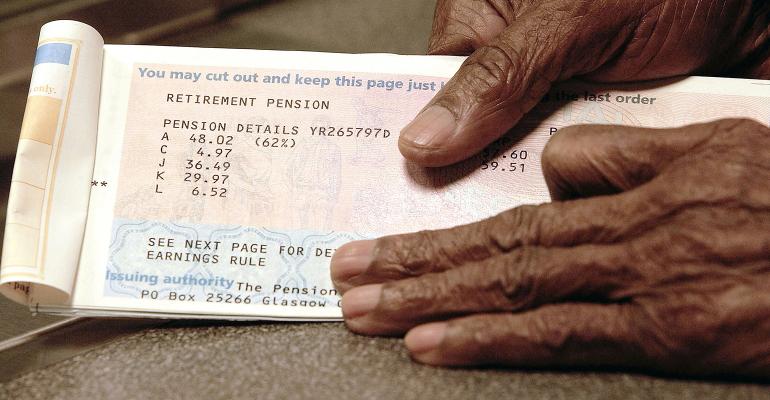 Is Inflation a Threat to Retirement Plans?

Your answer probably depends on your age.

Here’s a topic that doesn’t come up all that often in retirement planning circles these days but should: inflation and the risk it can pose to your clients’ retirement plan.

Inflation has not posed a major threat to the economy since the early 1980s. But the risk is always there, and it can cut your client’s purchasing power in retirement—potentially by large amounts. That’s problematic for retirees living on fixed incomes. With the exception of Social Security, most sources of retirement income are not inflation-adjusted.

Your view of inflation risk as an advisor may well be tied to your age, argues retirement researcher Dirk Cotton.

“I was on an email thread recently discussing this topic with a number of economists and researchers, and it quickly became clear that the difference in everyone’s opinion was their age. Anyone who was 60 or older and had lived through the 1970s and 1980s was unwilling to accept the idea that we will have low inflation forever. And the people who were younger felt that future inflation of 3.5% compounded would be a high number.”

Cotton noted in a recent blog post that compounded inflation rates by decade from 1900 to the present averaged 3.15%—but there were four periods (1913 through 1919, the 1940s, the 1970s and 1980s) when inflation was significantly higher than the average.

“And there are a number of studies that suggest that inflation is mean reverting,” he adds, “which would suggest that since we've had three decades of low inflation, we might be due for high inflation. The other interesting thing is that during these periods when high inflation kicked in, it came out of nowhere—we went from very low to very high inflation very quickly, and no one saw it coming.”

Even average rates of inflation can take a large toll. Cotton notes that two decades of average inflation at 3% would cut your client’s purchasing power in half over that time.

What reasonable strategies exist to protect your clients from inflation risk?

Maximizing Social Security benefits is the logical place to begin.

An often-overlooked aspect of Social Security’s value is the annual cost-of-living adjustment (COLA) that it awards to beneficiaries every year at no extra expense or risk. In this respect, Social Security is unique.

COLAs are determined by an automatic formula tied to the Consumer Price Index for Urban Wage Earners and Clerical Workers (CPI-W). With inflation running flat since the recession of 2009-2010, COLAs have been largely anemic in recent years, ranging from zero in 2015 to around 2% in other years. This year it was 2.8%, the highest in eight years.

The COLA provides a powerful motive to optimize Social Security benefits through delayed claiming and smart coordinated filing strategies. This technique is, by far, the least expensive inflation-adjusted annuity available—your client will receive roughly 8% more income for every 12 months that she delays filing past full retirement age. The cost is the money needed to pay living expenses while delaying her filing, either from savings or wages from work.

But, it’s also worth noting that the COLA has been the subject of some controversy in recent years.

Advocates for expanding Social Security benefits would like to see a more generous COLA formula that takes into account the higher inflation seniors experience, chiefly for health care. This could partially be achieved using an experimental inflation index known as the CPI-E (the “E” stands for elderly). Like the CPI-W, it is maintained by the U.S. Bureau of Labor Statistics. The CPI-E is one of the reforms proposed in the Social Security 2100 Act sponsored by Rep. John Larson (D-CT), who chairs the House Ways and Means subcommittee on Social Security.

Social Security’s actuary estimates that the CPI-E would increase retiree benefits by two-tenths of a percentage point annually.

An annual study by the Senior Citizens League has consistently found that the CPI-W doesn’t do an adequate job of keeping seniors even with inflation. The league’s report on the buying power of seniors looks at a market basket of goods, including prescription drugs, housing, health insurance, food and various taxes. The most recent report found that benefits have lost 33% of their buying power since 2000.

Meanwhile, proposals for trimming Social Security benefits often include a COLA measure that is less generous than the CPI-W, called the “chained CPI.” This alternate measure is based on an economic theory that the CPI-W overstates inflation because it fails to account for the substitution that consumers make when the price of a particular product or service gets too expensive.

The chained index attempts to reflect these substitutions. The theory is that a spike in gasoline prices will prompt consumers to spend less on fuel, perhaps more on food, and so on. The Social Security Administration estimates that the chained CPI would reduce COLAs by 0.3% annually.

Do other asset types provide inflation protection? Most defined benefit pensions do not. Equities often are mentioned as a way to keep up with inflation, but they are not a hedge, since equity returns are not correlated with inflation.

“Stocks can outrun inflation over time, assuming that both you and your portfolio survive long enough for the stocks to recover,” Cotton says. “So, stocks are not a very good inflation hedge—although they will solve the problem if you wait long enough.”

The other options boil down to an argument about the value and importance of an inflation hedge versus the lost upside of a nominal investment. Treasury inflation-protected bonds (TIPS) offer one such option. “The nominal bond will give you more purchasing power,” Cotton notes. “The downside is that if inflation is higher than expected, the TIPS bond will generate more real spending power.”

Cotton recently co-authored a paper with economist Zvi Bodie of Boston University, examining inflation-adjusted annuities—specifically, why there is almost no market for them. A number of annuity providers sell annuities with riders providing annual fixed rate increases, but just one—Principal Life Insurance Company—sells one that is indexed to the Consumer Price Index.

Cotton and Bodie note that most financial planners consider a nominal annuity to be the appropriate baseline pricing and a rider that hedges inflation risk to be additional cost. “This is opposite the way economists generally consider investment risk,” they write. “We typically begin with the risk-free rate of return and then consider the wisdom of increasing our return by taking on additional risk.

“This is also the correct framing of the real annuity comparison, i.e., beginning with the real annuity as the risk-free asset and then considering the additional payout that is implied by exposing the annuitant to inflation risk.”

Principal’s rider is adjusted according to the movement of the Bureau of Labor Statistics’ Consumer Price Index-Urban. The company provided this comparison of a single premium income annuity (SPIA) for a 65-year-old man carrying a premium of $100,000. The SPIA with no rider would have an initial monthly payment of $512. The same SPIA with the CPI rider would have an initial payout of $363. The fixed 3% option is nearly identical, at $366, while a 2% fixed increase would start payments at $411. At 1% fixed, the initial payment would be $460.

The CPI-adjusted annuity is expensive protection against inflation risk, no doubt, if you believe inflation will stay low. David Blanchett, head of retirement research at Morningstar, argued as much in a recent article. That likely has much to do with the absence of a competitive market for CPI-adjusted annuities.

“Immediate payout annuities are a small subset of the larger annuity market, and they are not growing by leaps and bounds, so there is not much product innovation,” he says.

“Inflation is a sleeper issue, but if you look at any three decades, the consumer price index doesn’t reflect the rising prices of some goods and services, and it certainly doesn’t reflect the higher-touch services that seniors buy, like health care.”

Annuities with inflation riders are “not a material portion of our overall business,” he adds. “If it was half of our sales, I’d tell you that—but it’s nowhere near half.”

Who does buy them, I asked? “Mostly academics and researchers,” Reddy said with a laugh.

That should tell you something.