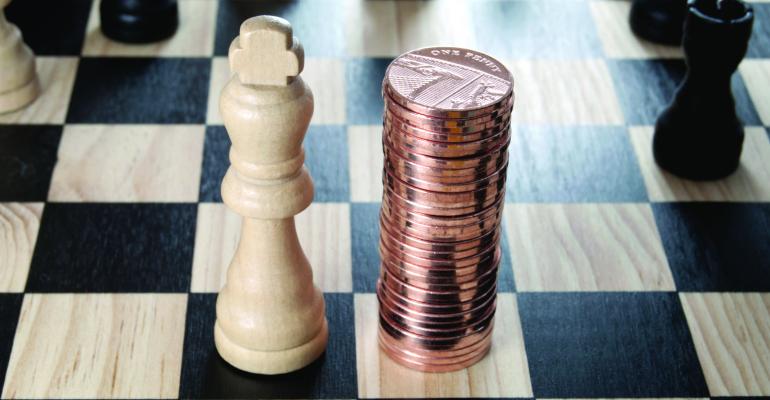 Those who stop working before reaching their “Golden Years” require a specific sort of assistance.

For many advisors the ideal client is the one who is retiring comfortably in his or her 60s with paper assets worth somewhere in the high-six or low-seven figures, and whose biggest concern is choosing which home to live in during a particular time of year.

But some would-be workers are kicked to the proverbial curb a little sooner than they would prefer, and perhaps can afford. This too frequent predicament can trigger a panic in the victims that only you can alleviate.

Here are strategies you can use to help those who get “retired” against their will and before their time.

Make the Most of the Mortgage

Not surprisingly, one of the first moves many newly-unemployed older clients want to make is to use whatever money they have to pay off any remaining balance on their home mortgage.

Often the rationale is that eliminating that particular debt will substantially reduce the client’s fixed monthly expenses, as well as save the ongoing interest costs of carrying the debt.

But unless the client would still have a significant amount of non-retirement liquid assets left over, paying off the mortgage prematurely could be a big mistake.

First, it’s a long-term low-interest loan for a large amount that the client is unlikely to be able to obtain ever again, especially if he never gets another job.

Second, it means a good chunk of the client’s net worth is tied up in a large, relatively-illiquid asset (the paid-for house) that will be difficult to utilize if future financial opportunities or emergencies arise.

Finally, if the client has to withdraw a large sum from tax-deferred retirement accounts to pay off the mortgage, the income tax hit could far exceed any future savings on interest expenses.

At a minimum, the conservative tack is for the clients to continue to pay off the mortgage as slowly as possible, keeping other money aside for other more urgent unforeseen needs.

Better yet, have them establish a home equity line of credit for as much as the lender will allow. And some more-courageous clients may even want to refinance to a new mortgage while they still can get one, and tuck the proceeds safely away for a rainy day.

Delay Rolling to an IRA?

Obviously both you and the client may have an interest in rolling his at-work retirement plan into his own self-directed IRA, under your management. But think carefully about doing this—especially if the client might need the money before turning 59 ½.

The thing is, some 401ks and 403bs may allow ex-employees to withdraw (and spend) the funds without incurring the 10 percent penalty normally associated with most pre-59 ½ withdrawals, owing only income taxes on the distributions.

To qualify, the retirement account owners generally have to be at least 55 years old when their employment is terminated.

Those who have 457 qualified retirement plans and are leaving their employer may be able to make withdrawals of plan contributions at any age. The withdrawal will still count as taxable income, but won’t incur the 10 percent penalty.

Once the client reaches age 59 ½, most of the advantages of leaving the money in the former employer’s plan disappear, and the funds can still be rolled over to a self-directed IRA.

Sometimes terminated workers can’t (or don’t want to) leave their retirement accounts with their past employers, and wish to roll the assets into a self-directed IRA with your help.

There are still ways those under age 59 ½ can get access to the funds from such an IRA without triggering the 10 percent penalty.

The less-likely but simpler solution is to see if the client can apply any withdrawals toward exempt expenses incurred in the same year, such as higher education costs, “first-time” home purchases, larger out-of-pocket medical expenses, and health insurance premiums (if unemployed).

The more complex option is to use the “72t” exemption, also known as “substantially equal periodic payments.” However, this process is fraught with potential dangers, and shouldn’t be attempted without the initial and ongoing assistance of an experienced accountant.

Yes, these withdrawals from retirement accounts will still technically be subject to income taxes. But there are two small silver linings for unemployed clients.

The first is that since she likely has little or no income, the withdrawals are likely to incur little or no actual income tax. If she does have some income or taxable severance pay for a portion of the calendar tax year, you should ideally only take enough out to get her through the tax year, while still keeping her taxable income in the lower brackets.

The numbers that you and your client (and her tax preparer) should focus on is the difference between the 15 percent and 25 percent federal tax brackets. For those who file a standard 1040 form, that number can be found on Line 43.

If your client needs (and can afford) to spend more than those amounts, it may be better for her to take any extra money from non-retirement savings, and/or the proceeds of the aforementioned mortgage or home equity line of credit.

A Light at the End of the Tunnel

Your clients in this unfortunate situation aren’t necessarily doomed to an eternal state of income anxiety. It can get better as soon as they turn 62, and can initiate Social Security retirement payments to help cover living expenses.

Of course, it’s usually preferable to delay taking Social Security for as long as possible. But since pre-emptively retired clients may have to survive solely on their savings until turning 62, it’s likely they’ll gladly grab the checks from Uncle Sam as soon as they can.

And with their discipline and your expertise, at that time there will hopefully still be a sizable nest egg left over for you to oversee.