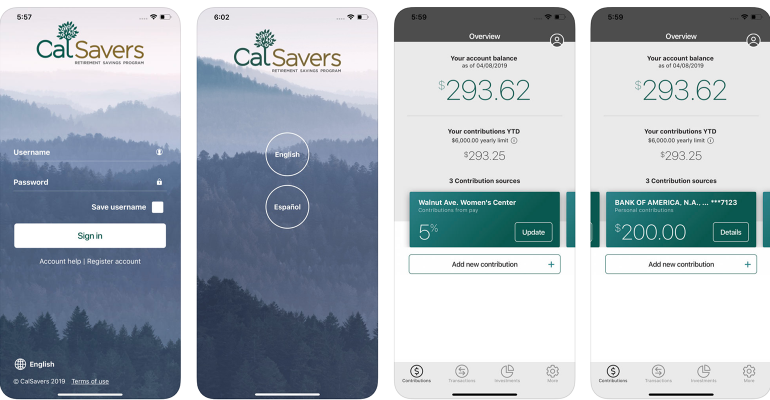 How Advisors Can Benefit From State Auto-IRA Plans

With the goal of bringing a retirement savings plan to 7.5 million workers, California’s ambitious state-mandated auto-IRA, called CalSavers, could present financial advisors with new opportunities on several fronts, according to financial services executives familiar with the program.

One is fairly clear cut: by providing a tax-advantaged retirement savings account for workers at small companies without access to their own workplace plans, CalSavers could, eventually, facilitate a new crop of clients looking for advice.

More immediately, however, is the opportunity for advisors, armed with technology designed to scale low-cost investments to smaller clients, to offer employers and participants a cheaper option than the state’s default plan. Participants auto-enrolled in CalSavers will start off paying nearly 1% in fees on their accounts.

Launched statewide this month, California’s CalSavers is a public-private partnership chaired by State Treasurer Fiona Ma and administered by Ascensus. California employers who don’t already offer an employer-sponsored retirement plan and who have five or more employees will be phased into the program by the end of June 2022. Employees are auto-enrolled in CalSavers, with an opt-out option, and while they can choose their own deductions, the default rate is 5% of salary, slated to increase by 1 percentage point a year to a maximum contribution rate of 8%.

To be sure, most participants in CalSavers would not be any advisors' dream client—the average account size in a similar program in Oregon, launched statewide last October, is around $400—but eventually those assets may grow to the point where investors will be looking for guidance. Portability is key with the program, designed as a Roth IRA (with a traditional IRA being introduced later this year).

“Financial advisors may see that they could help clients navigate coming in and rolling out,” said Katie Selenski, executive director of California Secure Choice Retirement Savings Investment Board and CalSavers. Selenski admits participants—many at lower income levels and without a computer in their home—are not a “target market” for advisors. But “if people evolve in their financial lives and move beyond the CalSavers system to a more robust benefit or investment vehicle, then we would see that as a big success. It’s perfectly welcome,” she added.

The retirement program is designed to require as little effort as possible from employers, in order to maximize participation from employees. The technology provided by Ascensus, including working toward a set of payroll standards to facilitate automation, helps keep the program viable, Selenski noted.

Accessibility is also key. Between Oregon, Illinois and California, The Golden State is the first to have an app that allows users to check their balances, change savings rates and add extra contributions, said Selenski. “A lot of [participants] don't have a computer at home—but pretty much everybody has a phone in their pocket.”

Andrew Remo, director of legislative affairs at the American Retirement Association, an organization focused on the U.S. private retirement system, said as the phase-in for CalSavers continues into 2022, business owners will become aware that they need to make a decision about offering a retirement plan. While CalSavers might be good for some, “most would prefer a private option,” he said.

“There will be businesses that haven’t thought about, or put off retirement benefits, that now will be nudged into taking a fresh look at what options are available. That’s where the advisor steps in,” said Remo. “This could be a lead-generating opportunity for advisors to have a conversation with business owners to offer up their services.”

The majority of the fee will be paid to Ascensus for administration of the program. Its initial fee is 75 basis points, which will gradually reduce to 15 basis points if CalSavers is able to cross a threshold of $35 billion in assets. The state adds on an administrative fee of 5 basis points, with State Street Global's fund fees ranging from 2.5 to 12 basis points.

“Fees over 50 basis points are presumptively troubling,” said Ian Ayres, a lawyer and economist at Yale Law School who has studied the fees charged by 401(k) plans. In 2013, he sent thousands of letters to plan sponsors warning of potentially high costs, prompting phone calls to plan sponsors and sowing worry among advisors.

Ayres said advisors interested in pitching alternatives to the CalSavers plan would do well to focus on plans with fees at or below 50 basis points.

Another differentiator could be value. While there are cheaper products available, an advisor might be able to steer employers to a product with better value, at a similar price to that which CalSavers charges its participants, said John Scott, director of retirement savings at Pew. For small- and medium-sized businesses without retirement plans, 52% of those employers surveyed would rather start their own retirement plan than use a state-sponsored offering if asked to choose between the two, according to Pew data from 2017. While that number may be high, even if half of those employers actually started their own plans, that could mean tens of thousands of new plans in California, said Scott.

Aaron Schumm, CEO and founder of the digital retirement platform Vestwell, agrees advisors have an opportunity to highlight the benefits of their services to employers and participants who are being nudged into retirement savings.

“If you're an advisor and you see a company signing up for this state-mandated IRA program, it could be an interesting opportunity to have a dialogue with those companies,” he said. He suggested digging into what is behind the decision to use a state-mandated program, to ensure employers are doing what's in the best interest of employees.

While Oregon, Illinois and California have been making waves as first movers, Schumm said it was worth noting that multiple states might begin working together to design plans where a handful of states might “offer something collectively.”

“Ultimately, as these [auto-IRA] programs grow, these could be an opportunity for advisors, both for the participants, who are starting to accumulate assets, and also for employers who grow into a 401(k),” said Peg Creonte, SVP at Ascensus. “Both on the employer side and the participant side, there’s a lot of potential for advisors.”