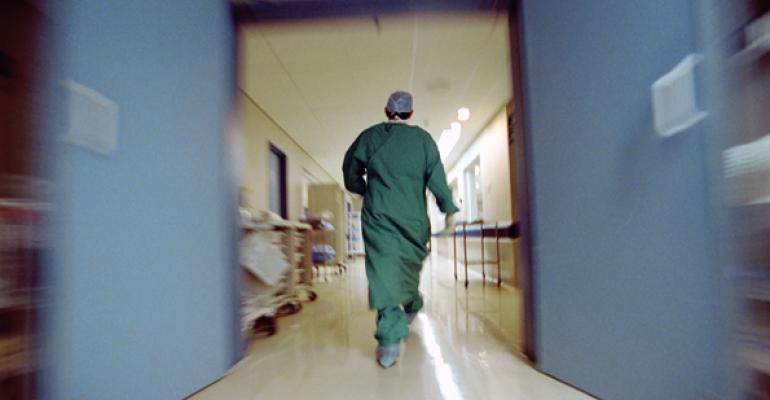 Are you gearing up to help your retired clients with the annual autumn chore of shopping Medicare plans? Probably not: fewer than one-third of seniors who use financial planning services say they discuss Medicare planning with their advisors, according to a survey by Allsup Medicare Advisor.

That's a missed opportunity to help retired clients manage health care costs – especially this year. Many of the most popular prescription drug plans are boosting premiums by double-digits.

The enrollment season for Medicare prescription drug (Part D) and Medicare Advantage managed care plans (Part C) runs from October 15th through December 7th. Re-evaluating coverage annually can make the difference of hundreds of dollars in your clients' out-of-pocket costs. That's because a plan that might have been a good fit this year may not be the best match for 2013 due to changes in benefit offerings, or because the health care needs of your client may have changed.

The majority of seniors aren't shopping for their coverage.

A survey released earlier this month byMedicare Today and KRC Research found that 91 percent of seniors are satisfied with their current Part D plans, and that only one in three will  comparison shop this fall. The researchers argue those findings suggest Part D is an outstanding success story in health care. But from where I'm sitting, it points to too much plan “stickiness” due to plain old human inertia and the complexity of plan shopping.

The survey also points to knowledge gaps among seniors. For example, over half of the survey respondents didn't know that the prescription drug doughnut hole coverage gap is shrinking under Obamacare. And 61 percent didn't know that the Medicare website offers a Plan Finder tool to help with comparison shopping.

Meanwhile, many seniors will be facing double-digit premium increases next year if they stick with their current plans.

Among the top ten Medicare Part D plans, seven will have double-digit percentage increases next year, according to Avalere Health, a health care consulting and research company. More than 80 percent of Part D beneficiaries are in the top ten plans; Avalere data show that 5.9 million will pay double-digit increases next year if they don't switch plans. That's a whopping 29 percent of all Part D enrollees.

And good deals for seniors are available within the Part D marketplace. While some well-established plans are boosting premiums to maximize profit from their existing customers, new plans are coming into the market offering low premiums aimed at building marketshare.

For example, the current price leader, Humana WalMart Preferred Rx, boosted its premium 23 percent, to $18.10. Meanwhile, a new entry, UnitedHealth’s Medicare Rx Saver Plus, is offering a $15 premium this year.

But monthly premiums don't tell the whole story.  A low premium may not be the best deal if the plan doesn't cover an individual’s particular drugs, or if co-pays are higher.

For example, Coventry Health Care's First Health Part D Premier plan's monthly premium will jump 18 percent next year to $38.54. But a company spokesman notes that the plan's formulary (the list of covered drugs) is broad and that the cost of many popular generic drugs is fixed at low rates.

If the Part D program looks a bit volatile for next year, the Medicare Advantage market looks like a sea of calm.

Advantage plans offer all-in-one medical and drug coverage. When a senior enrolls in an Advantage plan, Medicare provides a fixed payment to the plan that covers Part A (hospitalization) and Medicare Part B (outpatient) services; there's usually a supplemental  premium for prescription drugs and other enhanced services, such as zero-deductible prescriptions, vision care and even gym memberships.

Medicare Advantage has been at the center of the political storm over health care reform this year. Reductions in reimbursements to these plans are baked into Obamacare's famous $716 billion (over 10 years) in Medicare cuts. Advantage plans will see their payments scaled back by $156 billion over that period of time.

The rationale here is that Advantage plans have been receiving an additional 14 cents on the dollar, compared with traditional fee-for-service Medicare, under legislation passed in 2003 that aimed to stimulate the market's growth. Obamacare gradually scales back those over-payments, although the blow is being softened significantly by new bonus payments Advantage plans can receive in return for measurable improvements in quality of care.

Opponents of health reform have been predicting that the cuts will kill Medicare Advantage, but it just isn't happening. The number of Advantage plan choices is rising in most parts of the country, benefit offerings are stable and Avalere found that monthly premiums are will rise an average of five percent for 2013.

Still, it's critical for seniors to shop for a plan with their individual needs in mind. “You can't depend on the average figures to make your own decision,” says Joe Baker, president of the Medicare Rights Center, an advocacy group that assists consumers with Medicare issues. “Some plans will see premiums rise and changes in benefits, so you really need to make sure the plan still is a good fit for you. People can't be complacent and sit back.”

If you are assisting clients with Medicare plan decisions, experts offer the following tips:

--Start with the statement. Seniors should start by reviewing the annual notice of change, from their current plans, which they should have received by late September. This is a good starting point for understanding any basic benefit changes for 2013.

--Go deeper. It's critical to check a plan's formulary—the rules under which a drug is covered. For example, a plan might state that a drug is covered, but that the insurance company has the right to ask the ordering physician about cheaper alternatives—a process that could delay prescription fulfillment by weeks or even months. Also pay attention to how much a plan charges for the drugs your client will need, along with the co-pays.

--Pay attention to gap coverage. The Affordable Care Act gradually is closing the doughnut hole – the gap that begins when total annual drug spending by a seniora and her insurance company hits a certain amount, and then resumes when spending hits the “catastrophic” level. In 2013, the gap starts when spending hits $2,970 and stops at $6,733. Enrollees will receive a total discount on brand name drugs in the gap of 52.5 percent next year, and the discount on generic drugs will rise from 14 percent 21 percent.

The savings can be substantial. Seniors enrolled in traditional Medicare who hit the coverage gap will save an estimated $723 this year, according to the U.S. Department of Health and Human Services.

--Delivery. Many plans are working to keep costs down by establishing “preferred delivery networks.” That means enrollees must agree to receive their drugs through a specific retail or online pharmacy network. Make sure the network's delivery method is acceptable.

--High income surcharges. If you have clients on Medicare with high taxable ordinary income, watch out for the program's premium surcharges, which affect Part B (outpatient services), prescription drug and Advantage plans. This year, the surcharges affect individuals with annual income starting at $85,000 (single filers) or $170,000 (joint filers), and move up from there. The surcharges don't affect all that many seniors – who most often are retired. But if you have clients who are still working, the surcharges could be substantial – about $700 this year combined for Parts B and D. (There's a two-year lag in income reporting; for 2012, surcharges were levied based on 2010 tax returns).

The best online tool for shopping plans is the Medicare Plan Finder at the Medicare website. Plug in your client's Medicare number and drugs (you’ll need each drug’s name and dosage). The tool then displays a list of possible plans; their estimated cost, premiums, and deductibles; which drugs are covered; and customer-satisfaction ratings. The finder also will give you advice about drug utilization and restrictions.

Finally, fee-based, counseling services such as Allsup Medicare Advisor (1-866-521-7655). will provide a personalized plan analysis and phone consultations for a few hundred dollars.