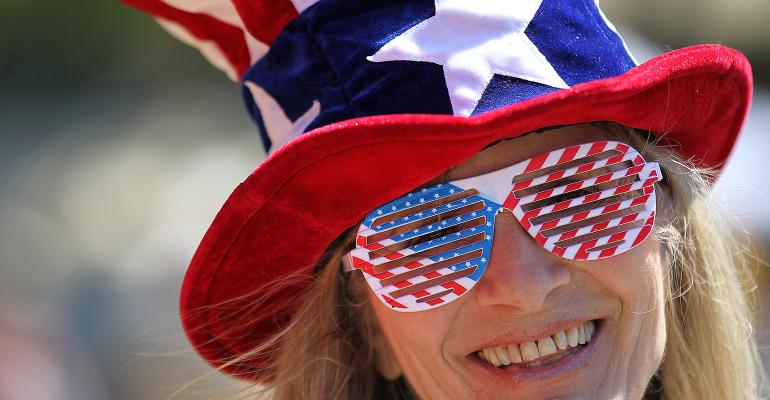 Freaked Out by the Election? Check Your 401(k)

Set it and forget it? If Trump wins, expect short-term volatility, which is good for long-term investors.

(Bloomberg) --You know it's bad when you turn to your retirement balance to take the edge off.

Now's that kind of a time. The average 401(k) balance gained for the second quarter in a row, inching up 2 percent, to $90,600. That amount is a 7 percent jump from 2015's third quarter and up from an average of $64,300 five years ago, according to Fidelity Investments. Fidelity administers 401(k) plans for more than 14 million plan participants.

A big chunk of the 401(k)s tallied are wholly invested in target-date funds (TDFs). Those savers account for 44 percent of 401(k)s at the company, up from 41 percent a year ago. These all-in-one accounts are the default investment option for an increasing number of retirement savings plans. More than 65 percent of the millennials in Fidelity's pool of participants have all their 401(k) money in a TDF. Of all the people with 100 percent of their 401(k) money in a TDF, millennials make up 40 percent.

Target-date funds automatically shift to a more conservative asset mix as people get closer to retirement or enter retirement. They're supposed to be set-it-and-forget-it investments. Fidelity saw the lowest percentage ever of 401(k) plan participants adjusting asset allocations in the third quarter, at 7.4 percent, and attributes that partly to the growth of target-date funds. This time a year ago, 8.5 percent of all savers switched allocations.

Or maybe they're just freaking more over politics and reallocating less.

When Fidelity looked at how TDF savers reacted in the volatile second quarter, they found more evidence of target-date-fund Zen. Only 1 percent of those who had all their retirement savings in a TDF changed their allocation, compared with 13 percent for savers who actively manage their 401(k)s.

And what if Donald Trump wins? Having set it, do you still want to forget it?

Trump is a wild card, and the markets don't like wild cards. Short-term volatility, at the least, is likely. That's a positive for long-term investors, with the stream of dollars they send into their 401(k)s buying assets at cheaper prices.

Jittery investors could calm their nerves by putting some money into gold, which the market tends to favor in uncertain times. HSBC Holdings Plc's chief precious metals analyst, James Steel, expects gold to jump by at least 8 percent by year end, regardless of who wins the race. Other highlights from Fidelity's report: