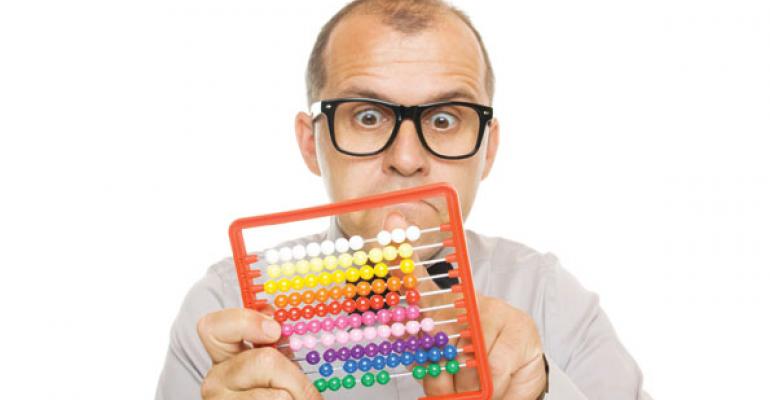 These basic moves can make a big difference.

We've all seen the studies – one seems to land on my desk once or twice a week. “Americans are living longer.” “Fewer have defined benefit pensions.” “The value of Social Security is shrinking.” “Boomers don't have enough money to retire comfortably.” “A retirement crisis is looming.”

--Working American households may experience a potential income drop of 28 percent in retirement, and nearly four-in-ten (38 percent) retiree households won't have sufficient income to cover their monthly expenses, according to a Fidelity Investments survey of more than 2,800 adults.

--Americans' confidence that they'll be able to retire comfortably is at historically low levels, due to worries about jobs and debt, according to the 2012 Retirement Confidence Survey by the Employee Benefit Research Institute (EBRI). More than half (56 percent)
haven't tried to calculate how much money they will need for retirement.

--Even among the affluent, 66 percent of women and 54 percent of men are worried that they won't have sufficient assets to last through their lifetime, according to the most recent Merrill Lynch Affluent Insights Survey.

You may have clients who share these worries. Yet there are ways to change the retirement math, even for people close to retirement. This is true especially for those who may not be on track for retirement success but are “within striking distance,” as Steve Utkus of the Vanguard Center for Retirement Research put it in a recent blog post.

If you have clients who fit that description, consider the following ways to get them on track. These aren't easy, magic-bullet solutions, but basic blocking-and-tackling ideas that can have very dramatic impact on retirement success.

Many financial services companies and planners adhere to the rule of thumb that retirees should plan to replace 80 percent of working income in retirement. Many baby boomers will fall short of that. For instance, The Urban Institute calculates that about 40 percent of late boomers (born between 1956 and 1965) won't have enough income at age 70 to replace even 75 percent of what they earned between age 50 and 54.

Just as important, the 80 percent rule-of-thumb is no more than a rough estimate. For example, it doesn’t take into account unforeseen spending needs such as higher health care expenses or a long-term care insurance policy. At the same time, the rule doesn’t recognize that some expenses might shrink or disappear entirely, such as commuting or maintaining a business wardrobe.

It also sidesteps some key questions people should be asking themselves in tough economic times: What is the lifestyle I want? How much will I need to spend on basics? What can I afford to spend?

A recent EBRI analysis concluded that the median retired household spends about 80 percent of what working households spend. But that's just the median – many spent more or less.

Just as important, EBRI found that overall spending in retirement falls with age -- which means that a retiree won't need a constant replacement rate of pre-retirement income.

A better approach is to create a careful zero-based budget for projected expenditures over time based on the client's lifestyle expectations, and discuss alternatives that could reduce costs in key areas, such as housing (see retirement math suggestion No. 2, below).

Real estate is a key asset for most older Americans – even in the wake of the housing crash. Eighty percent of Americans over age 65 are homeowners, according to the Joint Center
for Housing Studies at Harvard University. And Census Bureau data reveals that 65 percent own their homes free and clear. So, there's plenty of home equity out there waiting to be tapped.

Downsizing is the best way to do it. Most homeowners will need to sell at a lower price than they would have expected a few years ago -- but they'll be able to buy at lower prices, too. What's more, an improving economy should unleash a great deal of pent-up demand among young buyers who have been forced to hold off on home purchases over the next few years as employment and incomes rise.

Most downsizing moves occur close to home. In 2010, just 1.6 percent of retirees between age 55 and 65 moved across state lines, according to an analysis of U.S. Census Bureau data by The Urban Institute. Moving from an expensive inner-ring suburb to a less costly exurban location can help your client extract equity that can be saved, invested and drawn upon in retirement.

Reverse mortgages offer a second option – with caveats. I'm not a fan of adding debt in retirement, and traditional reverse loans carry heavy fees. But a relatively new lower-cost option introduced last year could make sense in some cases.

The Saver HECM (Home Equity Conversion Mortgage) is administered by the federal government, just like a standard reverse loan. But the amount that can be borrowed is smaller, and Saver HECMs can be used as a flexible line of credit. Saver HECMs also have far lower costs: an upfront premium of only 0.01 percent of the property's value, or HUD's loan limit, whichever is less, versus the standard loan's 2 percent.

Some planning experts – including Harold Evensky of Evensky & Katz Wealth Management – see these loans as a useful way to help clients who may face a short-term cash shortfall to avoid unwanted portfolio sales; others have suggested using Saver HECMs as an alternative to early filing for Social Security. (See retirement math suggestion Number 3.)

It's easier said than done in a tough economy, but working longer can have a nearly magical effect on retirement success. Working longer means fewer years relying on nest eggs to fund retirement, more years of contributions to retirement accounts and higher monthly Social Security income through delayed filing.

The Social Security numbers alone are dramatic. Benefits are calculated using a formula called the primary insurance amount, or PIA. Seniors who wait to start receiving Social Security until their full retirement age (currently 66) receive 100 of PIA; taking benefits at 62, the first year of eligibility, gets them only 75 percent of PIA. By waiting until age 70, they'll receive 132 percent of the PIA – nearly double the monthly income for the rest of their lives. Those benefits are enhanced by an annual cost-of-living adjustment, which is added in for any years of delayed filing.

David Blanchett, a research consultant with Morningstar Investment Management, ran Monte Carlo simulations that show delaying retirement even one year improves the probability of successful retirement by 18 percent; waiting two years boosts the odds by 37 percent and a three-year delay improves the outlook by a whopping 55 percent (Success is defined as achieving the income goal for the target retirement period.).

Income annuities offer another path to mitigating longevity risk. The single premium income annuity (SPIA) offers a simple proposition: turn over a chunk of cash to an insurance company, which then sends your client a monthly check for life. The latest twist – and one that bears watching – is the longevity policy - essentially a deferred annuity that can be bought well ahead of retirement with payouts delayed to an advanced age.

It's a very specific hedge against longevity risk; the downside, of course, is that clients might never see a dime of it if they don't make it to advanced age. Nonetheless, longevity policies are far less expensive than SPIAs. For example, Metlife says that for $43,000, a 65-year-old man could purchase a longevity policy paying $2,000 monthly starting at age 85, compared with $398,000 for a policy generating the same payout immediately.

At the risk of stating the obvious, encourage your clients – especially younger ones – to sock it away. Vanguard research shows that getting an early start in life on retirement saving, and the rate of contribution, have a far larger impact on retirement success than market returns or asset allocation. For example, Vanguard found that saving 9 percent starting at age 25 in a moderate allocation resulted in a higher median ending balance than saving 6 percent in a more aggressive allocation.

That's an important consideration in light of the growth of auto-enrollment programs in workplace retirement plans, where most default contribution rates are set at 3 percent. As the saying goes – control what you can control, and the rest will take care of itself.