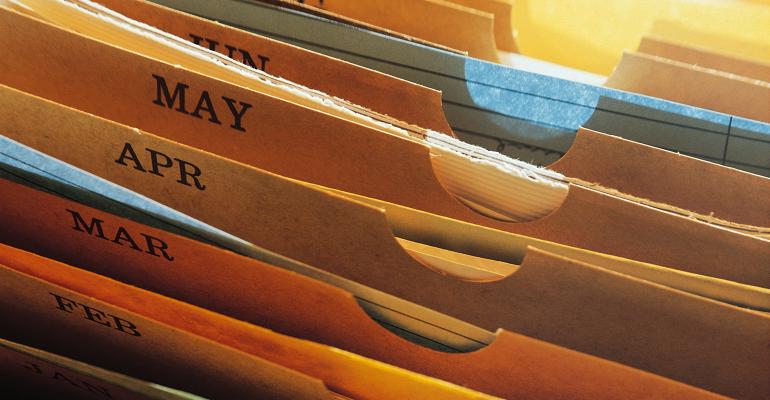 The record keeping industry’s competitive challenges are well known: Lower fees, increasing regulatory requirements and higher technology costs are frequently cited. One result from these pressures is consolidation, and it’s estimated that over 90 percent of defined contribution plan assets are held by held by the top 20 or so largest record keepers.

Nonetheless, the fees that plans pay have dropped considerably in the past decade. According to the NEPC 2015 Defined Contribution Plan & Fee Survey, the average-weighted average expense ratio fell from 0.57 percent in 2006 to 0.46 percent in 2015. Similarly, the estimated annual cost of administration per participant fell from $118 (2006) to $64 (2015).

Given the trend toward lower fees, it makes sense for plans to periodically review their record keeping relationships, says Ryan Cunningham, CAIA, consultant with Arnerich Massena Inc. in Portland, Oregon. Firms are likely to find that they can reduce their fees for the same level of service or receive better service for a fee that’s comparable to what they’re currently paying. “It’s very easy to select a record keeper and then say I’ve checked the box and move on,” he says. “We want to make sure that everyone is taking a regular look at the record keeping relationship to make sure that what they have is still the most appropriate record keeper relationship for their plan.”

As part of that review, your plan-sponsor clients might want to consider working with an independent record keeper. These are firms whose primary business is record keeping, “as compared with financial services companies that primarily are in the business of selling investments,” to use the Council of Independent 401(k) Record Keepers’ definition.

But switching vendors requires serious consideration, Cunningham cautions, noting that selecting a record keeper is almost like a marriage: “It’s not something that you want to be going in and out of on a regular basis.” In a September 2015 white paper, “The Future of the Recordkeeping Industry,” Cunningham and his co-authors emphasized several key selection factors.

The first is to ensure that record keeping is a key element of the vendor’s business model versus primarily being a method for gathering investment assets. It doesn’t have to be the firm’s sole business, but it should be the core. Ongoing investments in technology and service development are also positive factors, even if those investments result in improvements that aren’t flashy, such as a more user-friendly interface for the plan sponsor.

Marc Caras, head of Retirement Plan Network for BNY Mellon’s Pershing LLC in Jersey City, New Jersey, believes the record keeper’s ability to meet the sponsor’s needs is essential. Those needs could include offering a specific plan design or the ability to provide participant education, among others. “I think it really comes down to a couple of simple factors,” he says. “If you think about it, it’s a very relationship-driven environment and an advisor needs to ensure that any service provider that they bring to the table … will be able to execute on their service delivery.”

Pershing is working to enhance record keeper selection for the broker/dealers and RIAs who use the firm’s custodial service by building a national network of independent record keepers. In the first quarter of 2015, the firm launched a controlled beta program with its retirement plan network; the service rolled out fully in the third quarter last year and recently added six more affiliates. “We look to these record keepers for their technical expertise when they have the compliance capabilities to be able to provide those services and act as an extension to the advisor,” says Caras. “We focused initially and we’re still focused on open-architecture retirement plan firms that have no conflicts embedded in their service models.”

The network facilitates vendor selection by letting advisors review the record keepers’ fees and services based on product type. “And, we also give them the ability to access benchmarking, third-party independent benchmarking services, so they can look at the benchmarking and the fees so they can do some comparisons based on each record,” Caras adds.

Record keepers’ data are integrated with and available to advisors using Pershing’s NetX360 platform. The integrated services provide an ecosystem for advisors to service their retirement plan business from an operational, sales and practice management standpoint, says Caras. Participating plans to date have ranged from startups to over $50 million in assets, he says, with the average plan in the $3 million to $6 million range. Because Pershing works with numerous independent RIAs who work with small-business owners, the sub-$10 million plan market offers a growth opportunity.