/sites/all/themes/penton_subtheme_wealthmanagement/images/logos/footer.png
Recent
Recent
10 Economists Offer Their Advice for CRE Investors
May 25, 2022
Maddy Dychtwald – Women & Financial Wellness: Beyond the Bottom Line
May 24, 2022
Marriott Plans to Restart Share Buybacks on Rapid Hotel Recovery, CEO Says
May 24, 2022
The Search for Sustainable Investment Leaders
May 24, 2022
Featured
The 10 Best and 10 Worst States in Which to Retire in 2021
Jul 15, 2021
Poll: 15 Classic Books on Investing and the Markets
Apr 03, 2020
Fifteen Must-Listen Business Podcasts for Advisors
Aug 14, 2020
Celebrity Estates: Jay Leno and Planning for Classic Car Collections
Feb 22, 2022 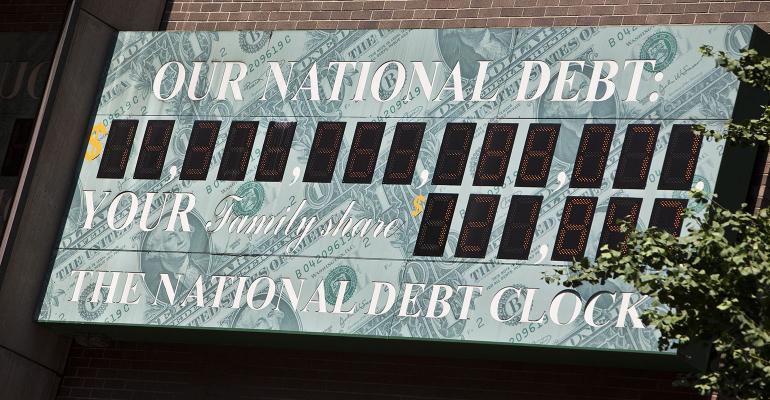 The latest effort to protect investors and keep the DOL’s fiduciary rule intact will be a live, digital projection showing just how much a delay is costing workers — $40 million a day.

Senator Elizabeth Warren (D-Mass.) will unveil a “Retirement Ripoff Counter” on Wednesday — a live, digital projection that will tally the financial cost of the delay of the Department of Labor’s fiduciary rule for U.S. workers. Tuesday evening, the DOL released a final rule delaying the fiduciary rule by 60 days.

Warren has invited AFL-CIO President Richard Trumka, Americas for Financial Reform and the Consumer Federation of America to the event.

“It’s another way to generate publicity with respect to the DOL fiduciary duty rule and it’s coming from the most powerful industry critic out there in Senator Warren,” said Andrew Stoltmann, an attorney with The Stoltmann Law Offices. “She is firing all her bullets at trying to generate knowledge of what the securities industry and the DOL is trying to do, which is gutting the important law for investors in the last 20 years.”

Stoltmann’s client, 69-year-old disabled Vietnam veteran Stephen Wingate, will speak at the event about conflicted investment advice he received from a broker with Proequities that caused him to file an arbitration claim. The broker recommended he invest in high-cost non-traded REITs.

The Obama administration estimated that such conflicted advice was costing Americans $17 billion a year or $40 million per day. Based on that, the clock will calculate how much a delay would cost retirement account investors every second, similar to the National Debt Clock in New York.

“It’ll be running every second, every minute until this issued is resolved,” Stoltmann said.

The counter will be displayed on the sides of several major Washington landmarks which will be announced at the event.