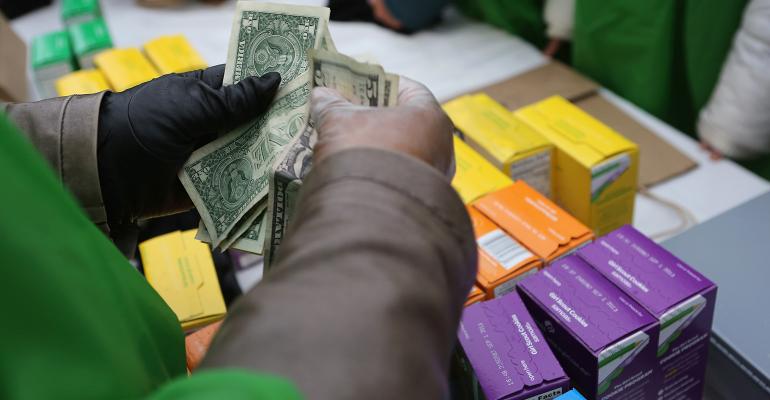 In 1963, the Studebaker auto manufacturing plant in South Bend, Ind., closed. While the company continued manufacturing cars in Canada for a few more years before going out of business completely, the South Bend closure had a significant impact on Americans’ retirement prospects.

At the time, Studebaker’s pension plan covered 10,500 workers. About one-third were already retired and received their full pensions at the elimination of the plan. The workers still at the plant did not fare so well: Those with more than 10 years on the job (average age: 52) got 15 cents on the dollar; those with less, got nothing.

Related: Teachers Are Getting Schooled on Retirement

The fallout from Studebaker’s failure to live up to the pension promise it made its workers was a national scandal and indirectly led Congress to pass the Employee Retirement Income Security Act of 1974.

ERISA put a lot more responsibility on the companies that offered pensions—firms must disclose the books on their plans, there are funding requirements, and it imposes a fiduciary duty on plan sponsors to act in the interests of their employees.

That protection, however, was not extended to teachers in K-12 public schools. At the time, it was thought that public employees didn’t need it, but our cover story this month shows the consequences of that omission.

Teachers are open targets for agents selling high-priced insurance products under the guise of retirement protection; given the increasingly fragile state of their own income and state pensions, the need for more savings is there; the solutions, too often, are toxic.

By some accounts, upwards of 75% of the assets in these 403(b) plans are in annuities, more than half of which charge more than 2% a year on the assets. Long lock-up periods with expensive surrender charges are the norm.

I’m sympathetic with the argument that individuals should be free to make their own decisions without a government agency dictating the terms. (You can argue that a major consequence of ERISA was that private companies stopped offering pensions altogether and shifted retirement responsibility to the workers themselves via defined contribution plans.)

But there was a detail in our story that struck me: The insurance representatives often sell these things in the schools themselves. They set up tables in teachers’ lounges, classrooms and offices and “sign up” teachers on the spot; many teachers say they didn’t realize what they were getting into until much later.

Selling long-term annuity contracts is not like selling Girl Scout Cookies. By getting the school administration’s permission to set up shop inside the walls of the institution, they are giving tacit approval to the business being conducted.

I’m sure the school administrators are well meaning and likely think they are bringing useful services to the teachers and, in some cases, maybe they are. But as the saying goes, ‘If you sup with the devil, bring a long spoon.’

More rules could help here. Keep the sales pitch out of the workplace, at the very least. But I’m not betting on regulators as much as the advisors and firms bringing better ideas to the market (including one very large, low-cost asset manager that is well scaled to handle the often low-dollar accounts at play here).

Government may have opened up the opportunity for this mess, but my guess is the private market will solve it.