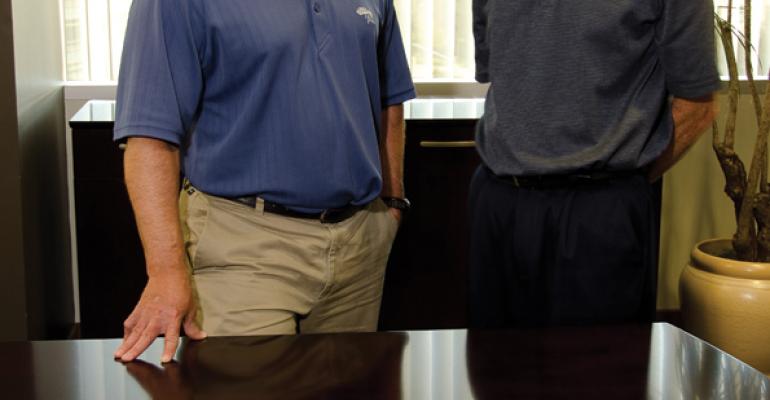 Dale Yahnke remembers a time in 1998 when his RIA firm was at about $175 million in assets, and he and his partner were just too busy to take on any new clients. So they hired Paul Temby, an MBA graduate, a CFP, and CFA (not to mention that he speaks four languages). The phones kept ringing, with clients continuing to ask for Yahnke, until one day, one client asked for Temby.

“I had kind of a come-to-Jesus moment, where I had to say, ‘If I let him take him over this client, he could leave and we could lose the value of what we’re creating,’” Yahnke says. “If we provide him an opportunity to grow within the firm then maybe he’d be a partner someday. You have to trust that he’ll stay, and that’ll help the firm really grow.”

Temby, now one of the firm’s five partners, has been with the firm for 14 years.

Since Yahnke and his partner Mark Dowling started their team practice in 1991, they’ve grown to over $2 billion, putting an emphasis on hiring smart people with impressive educational backgrounds. Out of 27 people on staff, they boast 10 CFAs, 10 to 12 CFPs, a CPA, and master’s degrees from Harvard, Northwestern University, and the Wharton School. Yahnke and Dowling are both CFAs and CFPs themselves, and the firm will pay for any employee who wants to take those exams.

Dowling says they wanted to deliver the type of high-end financial planning and investment advice that they would want themselves. “If I go to a doctor, I want one who has a medical degree and done very well in the profession, and we wanted to be the same way.”

“This isn’t a classroom,” Yahnke says.

When it comes to their investing strategy, Dowling and Yahnke also lean on academics, and most academics would agree that passive investing is the way to go, Dowling says. Simply put, “On a long-term, after-tax basis, it has the highest probability of success for the average client.”

While passive investing has become the strategy-du-jour of late, with many retail investors jumping on the Vanguard/ETF bandwagon, it was not so widely accepted when the partners started the firm 21 years ago. Even then, they were big fans of Vanguard and DFA funds, and now have 95 percent of their assets in passive products.

Prior to starting the firm, Yahnke worked as a financial analyst at a law firm, representing some of the major brokerage houses in San Diego. “I didn’t like the (brokerage) industry. I thought there were huge conflicts of interest.”

Meanwhile, Dowling worked for an RIA tied to an independent broker/dealer, but was dissatisfied with the firm’s primary focus on product sales. A mutual friend introduced Dowling and Yahnke, and along with a third partner, they launched the fee-only firm. The third partner left after 15 months to join a similar business.

At first, the two split the revenues 50/50, but as new partners came on, revenues and expenses were divided up disproportionately relative to each partner’s contribution to the firm. Dowling, 61, is now the smallest shareholder, as he starts to transition into retirement and is selling some of his shares to younger partners. —Diana Britton