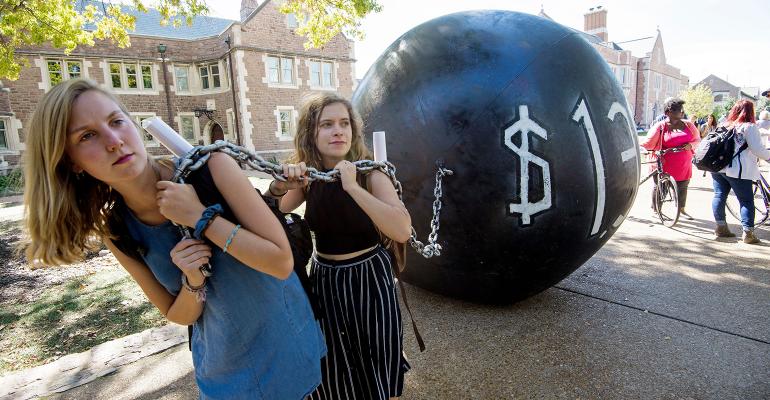 It's not just millennials, all generations of Americans struggle with responsible financial behavior, according to a new report.

The average American holds nearly $30,000 in personal debt, not including a mortgage, according to a new report by Northwestern Mutual. The problem is so bad that 15% of Americans believe they’ll be hounded by debt until the day they die.

While Gen X reported the highest levels of personal debt, $36,000 on average, millennials’ retirement plans may be impacted by the average $27,900 they carry in personal debt. On average across all generations, Americans have $29,800 in personal debt, according to the 2019 Planning & Progress Study. In fact, the debt load is so high for some that their physical health is impacted, with 20% of survey participants saying they feel physically ill at least once a month because of the money they owe.

Mortgages and credit cards are the two most common main sources of debt, while car loans and personal education loans also top the list. Credit card debt has reached $868 billion in the United States, according to data provided by the Federal Reserve Bank of New York and cited by the firm.

"The road to financial security is long, even in the best of circumstances," says Emily Holbrook, senior director of planning at Northwestern Mutual. "By carrying high levels of personal debt that road gets even longer, often requiring all kinds of detours and other twists and turns.”

“People continue to struggle with finding the right balance between spending now versus saving for later," she added. “It's important to understand the impact that spiraling debt can have on a financial plan.” That is, if big spenders have even considered a financial plan in the first place.