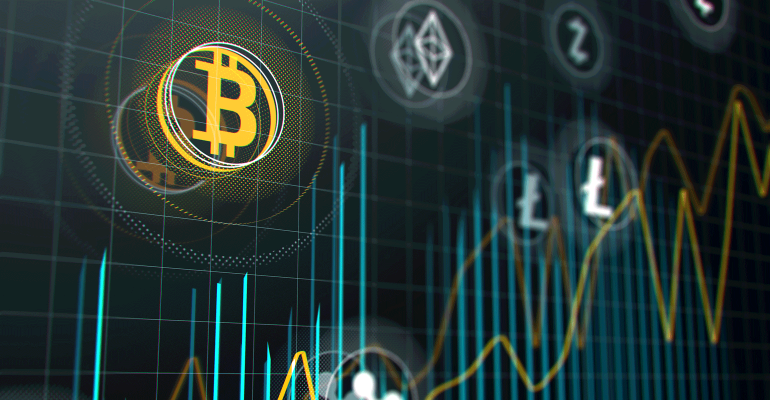 Most of the largest US state and local government pension funds have dodged the ongoing fallout from the collapse of crypto exchange FTX by not directly investing in digital tokens.

(Bloomberg) -- While it seemed like everyone was jumping into the cryptocurrency market in the last few years, one major investor showed restraint -- a bet that seems to be paying off.

Most of the largest US state and local government pension funds have dodged the ongoing fallout from the collapse of crypto exchange FTX by not directly investing in digital tokens. For the pensions that have dipped into the risky asset class, the investments represent just a small amount of the retirement funds’ portfolio, and much of the limited exposure is indirect via crypto-related stocks or other investment products.

“It would be a far more material effect if we had, for example, a stock market crash because that represents a broader portion of their pension investment portfolios,” Moody’s Investors Service Senior Credit Officer Thomas Aaron said.

Nearly all of the top 10 US pension funds by assets said they are not invested in Bitcoin or any other cryptocurrencies, according to an informal survey by Bloomberg. A notable exception is the Florida Retirement System, with $182 billion in assets, which said they invested $119 million of net-assets in Bitcoin, Ether and Solana.

Two of the nation’s largest pensions, the California Public Employees’ Retirement System and New York State Common Retirement Fund, told Bloomberg via spokespeople that they do not have any direct exposure to cryptocurrency. But each note that they may have indirect exposure.

“Anecdotally, we all know it’s there, but crypto is often buried within other alternative investments that pensions carry,” Doug Offerman, senior director at Fitch Ratings. “So, that degree of exposure is not always clear at any given moment.”

New York’s State Common Retirement Fund holds 172,828 shares of Coinbase Global Inc. a crypto exchange, as of Sept. 30, an investment of roughly $8 million -- a small fraction of its $250 billion fund. And Calpers has an about $15 million exposure holding 319,037 shares, according to holdings data compiled by Bloomberg.

Pensions that have taken the crypto dip have done so conservatively. Houston Firefighters’ Relief and Retirement Fund allocated 0.5% of its $5.5 billion assets last year into crypto. Handling the retirement benefits of over 6,600 active and retired firefighters, the Houston fund are among a few to invest in both Bitcoin and Ether.

“We didn’t invest into yield-farming, or any of the exotic stuff,” said Ajit Singh, the chief investment officer for the fund. “All of the things happening right now with FTX, it doesn’t affect us.”

Similarly, Fairfax County Employees’ Retirement system has about 3.5% of their assets, or $150 million, in various strategies and funds with crypto exposure, Chief Investment Officer Andrew Spellar wrote in an email to Bloomberg. The most recent quarterly reports for those funds have been flat to up slightly, Spellar wrote. The county’s police officer fund also holds more than 7.5% of its assets in crypto, though its Chief Investment Officer Katherine Molnar said neither fund has any material exposure to FTX beyond standard market volatility.

Pensions likely have some risks tied to FTX, given the crypto exchange’s long list of partners and more than a millon creditors. While the New Jersey Department of Treasury told Bloomberg it does not actively seek to invest in crypto, its system has holdings in Coinbase and MicroStrategy Inc. as well as companies including BlackRock Inc. and Signature Bank, which have indirect exposure to crypto.

Funds are seeing some red with Bitcoin, the world’s largest cryptocurrency by market value, down over 71% since its high in November 2021, coupled with historically high inflation and volatility in equity and bond markets. Public pensions funded ratio declined to 74% from 78%, as of June 30, according to Center for Retirement Research.

David John, a senior policy adviser within AARP’s Public Policy Institute, said most pension funds will be largely shielded from the latest crypto winter. But he expects a number of retirees may see great losses from individual crypto investments in the coming years.

According to Anthony Randazzo, executive director at Equable Institute, 14 pensions invested a small fraction in FTX either through hedge fund Tiger Global or private equity firm Institutional Venture Partners. Calpers, for instance, invested $300 million of its now $400 billion pension system in a Tiger Global fund that invested some money into FTX.

The overall exposure is minuscule in a system of roughly 6,000 public sector plans, whose total assets hover around $4.5 trillion.

“This is not going to make or break any of these pension funds,” Randazzo said.

But Randazzo said a number of pensions are beginning to dabble more in crypto because they have unrealistically high assumed rates of return. Houston Firefighters is among them with an ARR of 8.5%, substantially higher than the national average of 6.9%.

Over the last decade or so, US pension funds have increasingly funneled money into risky asset classes to achieve desired return targets, said Offerman. That may become a problem since unlike funds and retail investors, systems are working with retiree money and any losses can be detrimental to the finances of local and state municipalities.

“They’re going to get some big wins and big losses,” said Randazzo. “But the downside of those losses are going to be felt by individuals in towns who don’t have the resources to pave roads or school districts” because of the higher contributions.