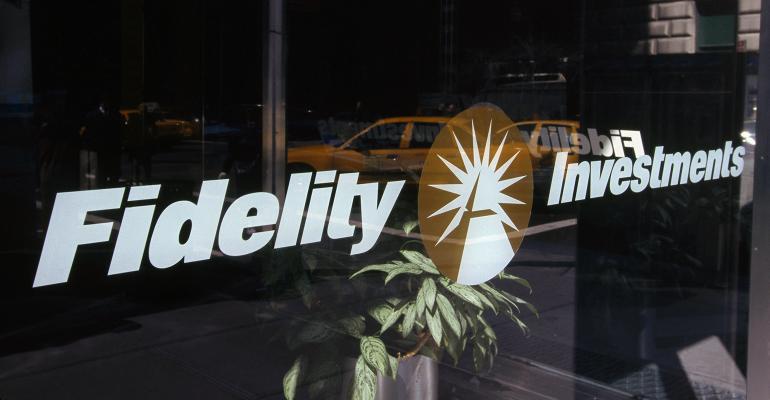 A retirement account heavyweight, Fidelity is adding support for crypto in 401(k) accounts.

Advisors could soon see cryptocurrencies, or at least Bitcoin, available in workplace retirement accounts. Fidelity is allowing digital assets in retirement accounts, according to materials on the firm’s website, which were confirmed by a company spokesperson. The accounts, part of a “proprietary offering” called Digital Assets Accounts, are available to 401(k) plan sponsors and participants and will be custodied on the firm’s Digital Assets platform. The offering will be broadly available by midyear to employers.

Investors will be offered access to Fidelity’s Digital Assets Accounts (DAAs), which holds Bitcoin and short-term money market investments, through participating 401(k) plans. Ultimately, plan sponsors are responsible for “electing to offer” the accounts and setting contribution and exchange limits for the accounts. Employees also receive access to education on the assets, “to help them make informed decisions,” according to material provided by the firm.

Related: Fidelity Bulks Up Its Thematic Lineup With Crypto and Metaverse ETFs

In 2021 Fidelity expanded its digital assets workforce by 70% to keep up with demand from institutional investors. The financial services firm indicated that support for Ether was under consideration, although not available as of mid-July. Fidelity was also working to support trades “for most of the week,” according to Tom Jessop, president of Fidelity Digital Assets. Unlike most financial markets, digital assets trade all day, every day.

Fidelity's DAAs won't include access to cryptos beyond Bitcoin, and there are currently no plans to offer other cryptos through the accounts, according to a Fidelity spokesperson. Fidelity's Excessive Trading Policy still applies to the accounts. Fidelity will use trade windows for buying and selling, with buys taking place Monday through Friday, starting at 11 a.m., 1 p.m., 3 p.m. and 5 p.m. and sells on the same days at 9 a.m., 11 a.m., 1 p.m., 3 p.m. and 5 p.m. Incomplete buys and sells will be put into the following day's queue.

Employers are responsible for limiting participant contributions and exchanges into the DAA, based on a specific percentage of a participant's total balance, according to the spokesperson. Plan fiduciaries can establish employee contributions up to 20% per cycle and set exchange limits up to 20% of total account value.

Publicly traded MicroStrategy, run by well-known Bitcoin evangelist Michael Saylor, will be the first company to offer the feature to its employees, according to Fidelity. The firm had 2,121 employees at the end of 2021, with 796 based in the United States.

Its corporate Bitcoin holdings topped $2 billion last year. In February, MicroStrategy filed paperwork stating its crypto holdings “raised our profile with potential software customers while our enterprise analytics software business has provided stable cash flows that allow us to acquire and hold bitcoin for the long-term.”

For companies aiming to follow MicroStrategy’s lead and offer employees access to digital assets in their retirement accounts, the Department of Labor “has cautioned ERISA plan fiduciaries to exercise ‘extreme care’ before adding a cryptocurrency option to a plan investment menu and indicated that plan fiduciaries that do so ‘should expect to be questioned about how they can square their actions with their duties of prudence and loyalty in light of’ certain risks,” according to materials published by Fidelity. Cryptocurrencies are known for their volatility and “potential custodial and recordkeeping concerns, valuation concerns and the evolving regulatory environment” in which they exist.

Nevertheless, Fidelity and its competitors have been pushing to make digital assets available for investing in retirement accounts. For example, employee retirement savings advisor ForUsAll, which specializes in serving small businesses, is actively working to get cryptocurrency investment options available within 401(k) accounts by midyear. The feature will reportedly be available to participants through a self-directed account on Coinbase.

ForUsAll manages over $1.7 billion in assets and serves over 70,000 employees, according to figures provided by the firm. Founded in 2012, the firm is known for providing access to ESG funds, cryptocurrency and other alternative investments.

Guardrails maintained by ForUsAll consist of a maximum of 5% of contributions and 5% of the participant’s current 401(k) balance being invested in the provider’s crypto account. If the value of the participant’s crypto investment exceeds 5% of the total 401(k) portfolio, the investor will receive a notice, but it will be up to the investor’s discretion as to whether and how to reallocate.

Fidelity began tinkering with digital assets in 2014 and started its Digital Assets unit in 2018, originally with the intent of providing products for hedge funds, family offices and trading firms.

“There is growing interest from plan sponsors for vehicles that enable them to provide their employees access to digital assets in defined contribution plans, and in turn from individuals with an appetite to incorporate cryptocurrencies into their long-term investment strategies,” said Dave Gray, head of workplace retirement offerings and platforms at Fidelity Investments, in a statement. Fidelity estimates that approximately 80 million U.S. individual investors currently own or have invested in digital currencies.

“We are thrilled to be the first to offer employers a bitcoin capability for the core lineup of 401(k)s that reflects our commitment to meeting their evolving needs and our belief in the promise of blockchain technology,” added Gray.