/sites/all/themes/penton_subtheme_wealthmanagement/images/logos/footer.png
Recent
Recent
Eight Must Reads for the CRE Industry Today (Jan. 21, 2022)
Jan 20, 2022
The New 3-Legged Stool for Success
Jan 20, 2022
Pretium Signs $600 Million Joint Venture to Develop Rental Homes
Jan 20, 2022
Recent Leasing Activity Indicates Tenant Confidence in an Eventual Return to the Office
Jan 20, 2022
Featured
The 10 Best and 10 Worst States in Which to Retire in 2021
Jul 15, 2021
Poll: 15 Classic Books on Investing and the Markets
Apr 03, 2020
25 U.S. Markets Adding the Most Multifamily Units This Year
Feb 03, 2021
Fifteen Must-Listen Business Podcasts for Advisors
Aug 14, 2020
Notes on Retirement
brought to you by 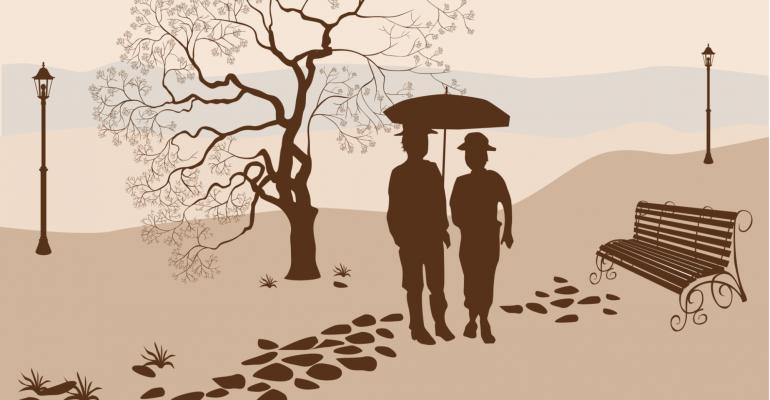 Company stock in retirement plans has been falling out of favor in the post-Enron era. But the concentration of employer stock in 401(k) plans is higher today than you might think. The numbers should raise red flags for advisers aiming to keep their clients’ portfolios properly diversified.

A recent Vanguard update on employer stock in retirement plans found that nine percent of defined-contribution plans that it administers offered company stock in 2014, down from 11 percent in 2005. The percentage of plan participants who were offered or invested in company stock fell by larger amounts–and the percentage of participants with a concentrated position (over 20 percent of total account balance) dropped by about half. But among those participants who are offered company stock, over half still own it, although that number has also been declining.

Aon Hewitt research finds that, at companies where stock is available, more than half of workers own the shares–and that 23 percent of those workers had at least 20 percent of their portfolios in their employer’s stock. That’s a heavy concentration by any measure, and a basic error in portfolio construction.

There are other risks. David Blanchett, head of retirement research for Morningstar Investment Management, has written about the high correlation of the employer’s stock and “human capital”–that is, the employee’s ability to earn income. The Enron debacle in 2001 is the most infamous example of how this correlation can harm workers. But the correlation extends far beyond dramatical flameouts. “Ask yourself: How risky is my job and how does it relate to the stock market?” Blanchett says. “If I’m a realtor, I’m in a very risky profession. So, I should have more cash in my portfolio for a rainy day, and I don’t want to hold REITs because you already have that risk in your professional work. Just ask yourself–what is risky about my job and how can I hedge against that risk?”

Blanchett has found that the stock of companies with high allocations to their own stock in a 401(k) plan tended to underperform their peers on a relative performance and risk-adjusted basis. Making matters worse, investors aren’t paid a premium for taking that additional risk.

All this comes with two caveats - there are a couple attractive aspects of company-stock features in retirement plans. One is the opportunity to buy employer stock at a discount–a feature often found in these plans. The other is net unrealized appreciation, the IRS rule that allows you to take distributions and pay taxes on the difference between cost basis and market value at long-term capital gains tax rates, rather than ordinary income rates.

This approach can make sense if you’ve held company stock for a while and it has appreciated substantially.

Still, if you have clients with employer stock in their retirement accounts, it’s time to take a closer look.